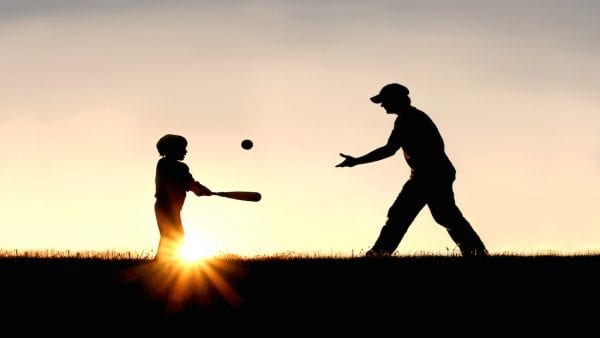 I wasn’t a fan of major league sports until I was about 11. The reason is actually fairly sad, and maybe a little cute. (At least my wife thought it was cute.) It was because it distracted the adults away from my crazy Dennis-the-Menace style antics, and refocused their attention on the television for hours at at time, instead of on me, where I felt it belonged. Then the Jays won the World Series, and the Leafs reached the third round of the playoffs in ’92, and I caught the hockey bug myself—bothering my Dad for a stick, a glove and some pads, so I could get my sports fix with the neighbour kids and practice my wrist shot like Wendell Clark, or perfect my butterfly like Felix Potvin.

Now that the coronavirus has shut down all of the major sports leagues, Saturday nights and Sunday afternoons have probably been hard for some men. They’ll likely actually had to spend time with their wives and kids now that Saturday night NHL and Sunday afternoon football are no longer available. The same kids who could be found upstairs watching esports on Twitch prior to the coronavirus may now find themselves downstairs sharing their Twitch-stream in the living room, giving fathers and sons an avenue towards connection that my father and I didn’t have.

In my family, our sports of choice were hockey in the winter and football in the autumn. In a lot of families it’s motorsports.

Full disclosure: I don’t do motorsports. The only way I’d watch a Formula 1 race is on the sportsdesk highlights, and then only to see if there’s a really gnarly crash. I’ve tried and I can’t watch people turn left for 300 miles. In terms of racing games—I can only do those if the vehicles have guns, and if I can batter other cars and/or pedestrians. I’m more of a Carmageddon guy than a Need for Speed freak.

Still, for that heavy contingent of the population for whom their motorsports venue is no longer an option, there’s Torque Esports (GAME.V). Their latest acquisition involves expanding its motorsports-themed media operations by acquiring the U.K-based formula 1 themed brand WTF1 from Dennis Publishing.

“WTF1 looks at Formula 1 and motorsport from a very different perspective. This is not a hard-core news site, it showcases what is a very serious sport in an extremely light-hearted manner,” said Darren Cox, Torque Esports president and CEO.

Founded in 2010 by motorsport enthusiast Tom Bellingham, the vision behind WTF1 was to serve and connect with a social-media oriented new generation of motorsport fans. The brand was subsequently acquired by Dennis Publishing in 2017, and now finds it home as part of Torque Esports Group.

The acquisition of WTF1 com compliments the recent launch of “The Race” YouTube and website motorsport news portal. Previous wins for Torque include the World’s Fastest Gamer competition, which takes sim races and gives them the opportunity to compete to become a eral world race driver, which is a prize worth somewhere north of USD$1 million. Their motorsport and esport operations also include Eden Games, the publisher of Gear.Club mobile racing game, and developer of the F1 Mobile game.

WTF1 was purchased by Torque Esports from Dennis Publishing for pounds sterling 450,000.