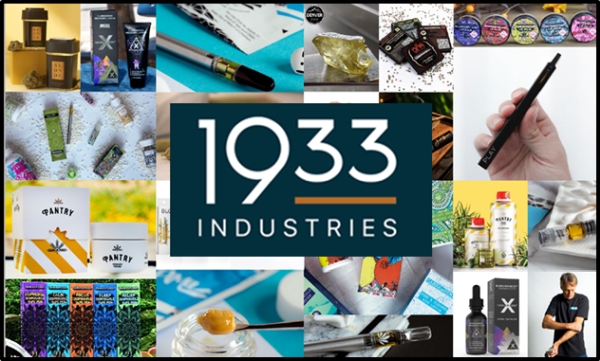 On March 30, 2020 1933 Industries (TGIF.C) announced that it has begun its 2nd harvest of cannabis plants from its cultivation facility located in Las Vegas, marking “the beginning of continuous harvests in Nevada.”

“With the surge in demand during the COVID-19 pandemic, we are working closely with the dispensaries,” stated 1933 CEO Chris Rebentisch,” We will be utilizing the current harvest for the production of our AMA-branded concentrates and for our licensed brands, Blonde and Denver Dab Co.”

A “surge in demand” may seen counter-intuitive for a business based in Las Vegas – a tourist Mecca currently shuttered due to COVID-19 protocols.

“Asked to compare this to the 2008 financial crisis, Julie Langille, 45 – a showgirl and entertainer – said this is worse”, reported the L.A. Times, “’Before, yes, it impacted our industry, but it didn’t shut our city down.’”

Nevada, where casinos blur in the desert heat, is viewed as an economic bellwether for the rest of the country. Driving the state’s economy is Las Vegas, home to the Strip’s $6.6-billion gaming industry and an estimated 2.2 million of the state’s 3 million residents. 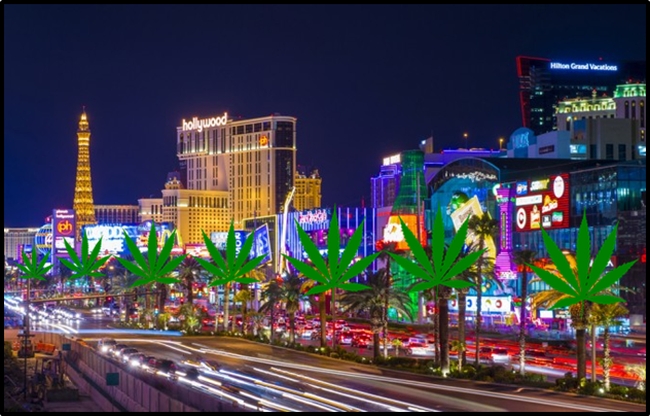 1933’s next set of revenue numbers will give clear picture of how much of the Nevada cannabis demand comes from tourists (that demand is temporarily gone).

“He allowed the shops to continue at-home deliveries because marijuana is considered an “essential business”, reported The Reno Gazette, “Much like the grocery stores trying to fill orders for rice and potatoes, cannabis retailers cannot fill marijuana delivery orders fast enough.”

“This is an important milestone for our company as we move into full production,” stated Rebentisch, “We have spent several months optimizing the new Las Vegas facility, enhancing our genetics program to develop varieties of strains and cultivars to meet the demands of our consumers. We are nimble and capable of adjusting our production to meet the needs of our consumers, which gives us a competitive advantage.”

The following strains are being harvested and products will be available in licensed dispensaries throughout Nevada: 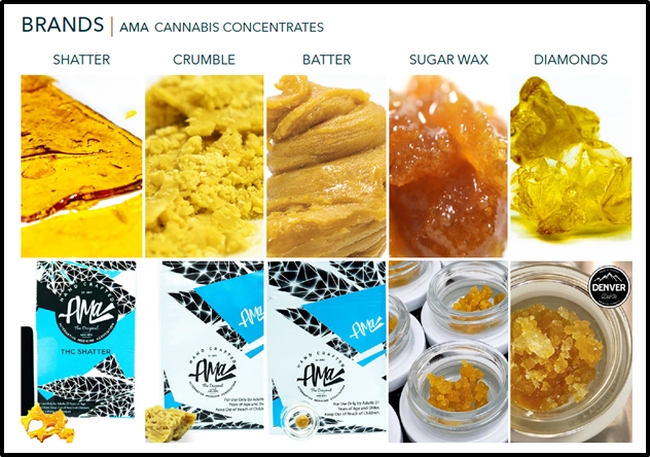 “We are testing new strains and ensuring that we are harvesting every two to three weeks,” stated Ryan George, director of cultivation at Alternative Medicine Association, 1933’s cultivation arm. “We are are growing DNA genetics strains in every zone, with flowers available in the coming weeks and months.”

Drying, lab testing and preparing the product for sale takes roughly a month from harvest, meaning that product from this harvest will be available in the market by the end of April.

“A lot of the companies we write about had one major plan when they were created, which was ‘to be a weed company.’” wrote Chris Parry on Valentine’s Day, 2020, “Very few came to market looking to put actual building blocks in place and emerge over several years as a reliable profit maker and dividend payer. 1933 isn’t profitable yet but, as you can see, they’re still finishing their build out.” 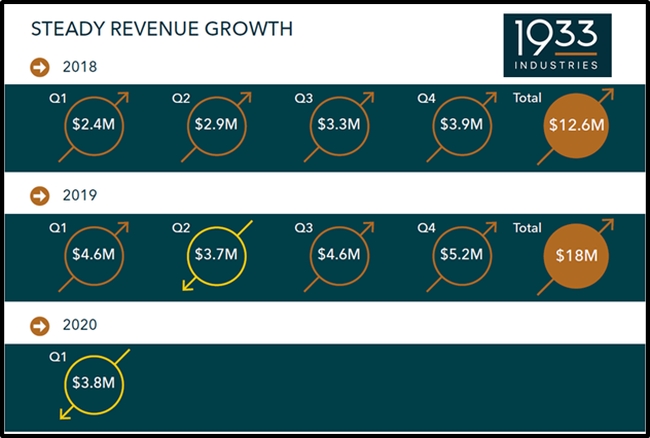 The most recent state taxation data showed upwards of $60 million in cannabis sales monthly in Nevada, with between $8 million and $10 million going to the state.

“We’ve seen a huge influx in new users, they’re curious. They’re doing nothing but sitting around their house, so why not get stoned?” stated Jamal Barghouti, a spokesperson for a Reno-based cannabis delivery service.