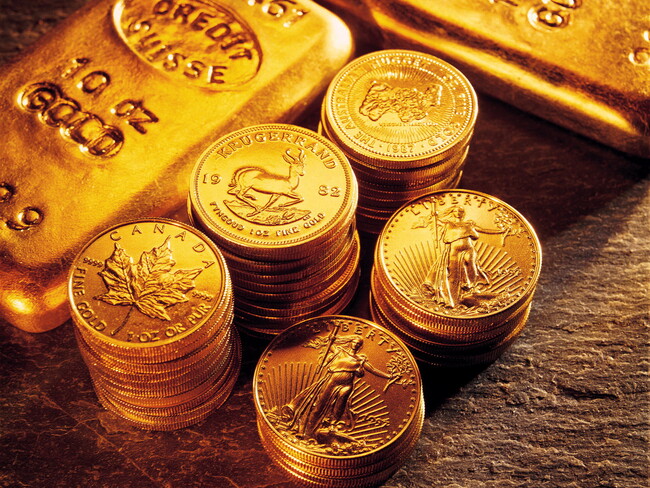 Though the U.S. Congress has yet to agree on a bailout package, it’s working on an unprecedented spending bill to prop up a dying economy.

We’re talking somewhere in the neighborhood of 2 Trillion dollars. With interest rates at historic lows, this is shaping up to be the ultimate Fed Put.

A battery of Bofors guns—that’s how the dollar printing presses will be assembled.

The panic among central banks around the globe is palpable.

The U.S. purchasing managers index (PMI) for March came in at 40.5, waaaay down from the 49.6 reading in February. This number suggests the U.S. economy is already in recession. The readings elsewhere around the globe are similar—the Eurozone PMI was 31.4 in March versus 51.6 in February.

The market responded to the possibility of this gargantuan stimulus package by going on a reckless, shoot-from-the-hip spending spree as traders and investors rediscovered their appetite for risk. 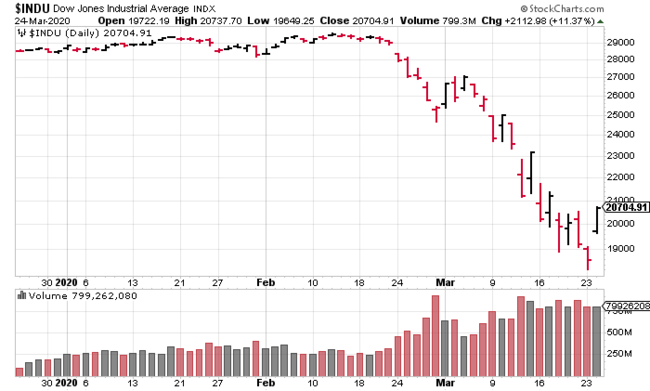 The S&P 500 registered its biggest one-day gain since October 2008.

Unfortunately, as the above PMI numbers suggest, things are likely to get a whole lot worse before we see a marked improvement in the global economy.

At ground level, bars, restaurants, and recreational outlets have been sealed off from the public.

It’s like a nuclear winter out there—everyone has burrowed underground.

The wheels of commerce have ground to a halt.

I very much doubt this rally in stocks is sustainable.

As we explained in a recent offering, gold temporarily lost its safe-haven status and was dumped because it was a source of liquidity during a crash event.

ANYTHING even remotely liquid was sold during the panic, regardless of underlying value or safe-haven caste. 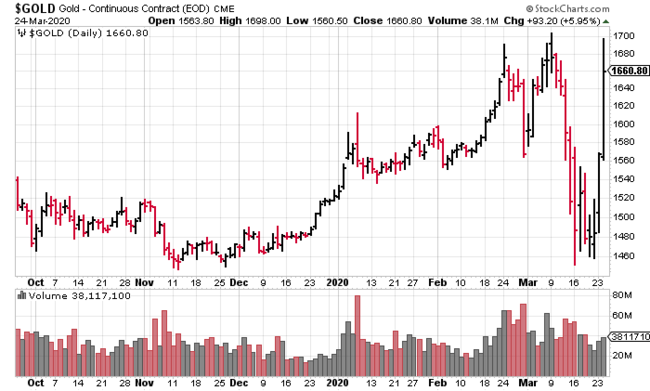 The metal closed the NYMEX session with a gain of nearly one hundred dollars. Silver ended the day with a one-dollar (7.5%) gain.

Gold stocks, those further up the food chain, also went on a tear, deservedly so in my estimation. 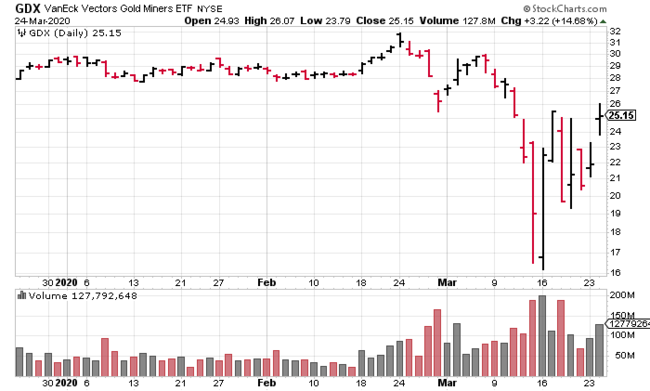 With all this loose money sloshing around, and the likelihood that interest rates will remain grounded indefinitely, gold is bound to attract a much wider audience.

Demand for gold and silver coins is accelerating—shortages and delivery delays are now a common theme.

“Our rate of sale in just the first part of March exceeds 300% of what was sold last month,” the U.S. Mint told its bullion distributors Thursday.

The physical market became even tighter as one major mint chose to shut down operations for two weeks.

In Australia, the Perth Mint issued a COVID-19 update:

“Due to overwhelming demand for our products during this time we are out of stock of many items and some will be subject to considerable delays before they become available again.”

There are also large spreads occurring between futures and spot prices.

According to a Kitco article released earlier today:

Just before noon EDT, one price vendor was showing spot metal was trading at $1,612.10 an ounce while at the same time showing the Comex April futures were at $1,654.10 an ounce – a spread of $42 an ounce. It was much wider earlier in the day.

“I’ve never seen that before,” said one gold trader who has been in the market for 30-plus years.

Some contacts suggested the discrepancy is an evolving story that is still unfolding, with traders trying to figure out what’s happening.

With the possibility of another liquidity event overtaking the broader market in the days/weeks to come, my focus is turning to the highest quality ExplorerCos, those with world-class assets and plenty of cash on their books (or a significant JV with a Sr. partner) to fund aggressive exploration and development this year.

Cash is critical right now. Companies that stoked their coffers in advance of this broad market selloff are in a good position to push their projects ahead without the need for a heavily dilutive raise.

It seems every day that goes by, the case for gold becomes stronger. 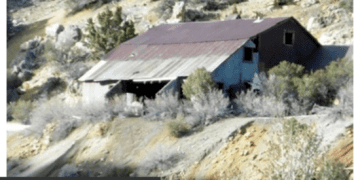 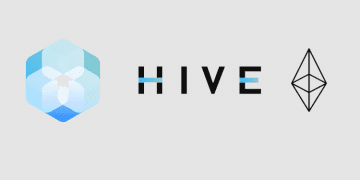