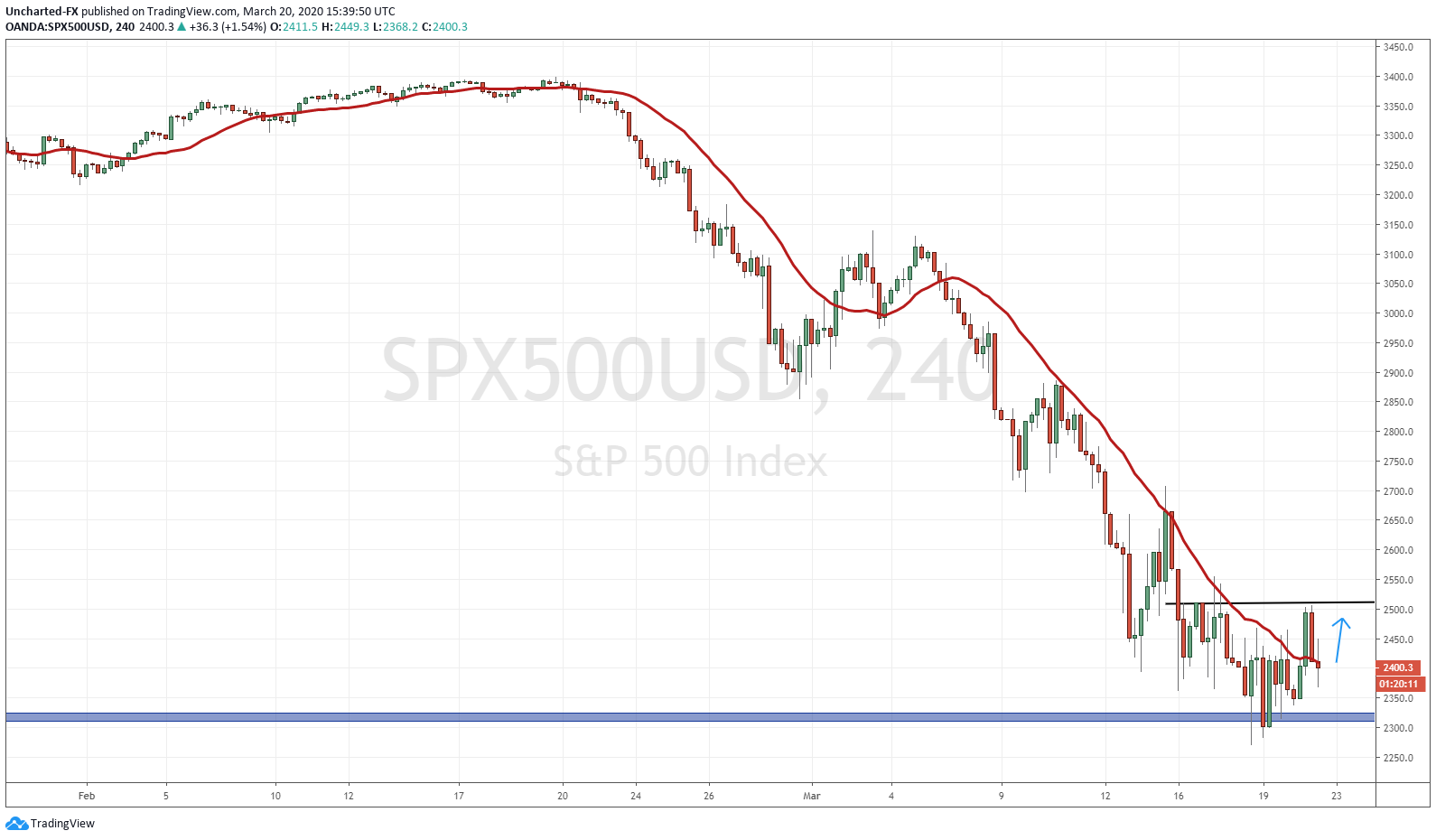 Trade ideas and discussion can be found at our Public Discord Channel: https://discord.gg/akcgCVP

On February 21st 2020, I announced the break down of a pattern on the S&P…but was not expecting an almost 30% decline. We did actually play the downside on the pullbacks and confirmed lower high swings on the daily chart, as the market was clearly in a downtrend and we did not want to go against this.

Here we are on March 20th, and we are now showing some basing at a big support (price floor) level. These are 4 hour candles, so you can see that we have been basing here for just over 2 days.

What we are watching for on the discord channel is a potential reversal here going into next week. However, this needs a confirmation. You can see the downtrend here is apparent. You can easily draw a downwards sloping line connecting the highs. Then, as mentioned, we began basing here and are not making any new lows. This is an indication that the down trend may be exhausting and a reversal is on our hands.

In terms of the chart here, if we break and close above the zone indicated by the black line at 2510, we would create what is known as a head and shoulders pattern, the quintessential reversal pattern. All this pattern indicates is a shift from one trend to another based on a new swing being formed. Or, you can easily confirm this by seeing your downward sloping line now being broken, hence the down trend is over. Alternatively, we may move lower to test the support zone (price floor) again and make a double bottom before making this break above.

Of course this is just the technicals, what we are seeing now with California and New York being on lock down just adds more uncertainty and fear. This pattern may not play out and break down lower even further with more downside targets if fear and panic continues to grow. So far there has been a coordinated effort by central banks and government (a combination of monetary and fiscal policies) to combat the effects of the virus on the real economy and to alleviate fears. Time will tell whether the virus has been handled or if we do indeed see a relapse in places such as China. We will be watching this chart and will be ready to play either direction on the discord chat.