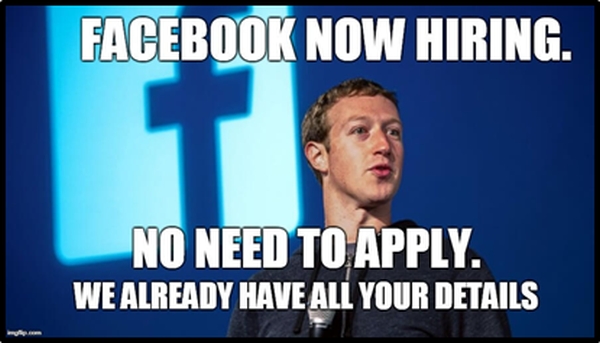 Given the widespread carnage in the stock markets, it’s not hard to figure out why the travel industry, oil companies and restaurants would take a hit as “social distancing” becomes the norm.

It’s also not hard to figure out why companies developing vaccines or delivering food would get a bump.

During a recession, it is anticipated that Facebook (FB.Q) will experience a short-term reduction in advertising revenue.

We won’t know how significant that is until the next earnings numbers are released.

The coronavirus has created some negative buzz for Facebook, as it is accused of disseminating inaccurate health information.

“Facebook has been working for months to battle the spread of fake news around the coronavirus, taking down false claims about everything from how the virus spreads to what can cure it,” confirmed CNN.

So no – it’s not all good for Facebook – but is the company really worth 27% less today, than it was a month ago?

Here are 5 reasons why FB may be a good buy now:

On a March 18, 2020 call to NYC media, Zuckerberg confirmed that Facebook is experiencing “big surges” in usage. Voice and video-calls on WhatsApp (owned by FB) and Facebook Messenger are 200% higher than normal.

FB has 3 billion monthly active users across Facebook, Instagram, WhatsApp, and Messenger. If you’re stuck inside, reaching out to family or friends, chances are you’re going to be using one of Facebook’s apps.

FB announced that it is giving its 45,000 full-time employees $1,000 each and a likely additional force-wide performance bonus amid the coronavirus downturn.

In 2019 FB booked $36 billion in net operating income.  FB has the financial reserves to survive the coronavirus –  unlike some players in the airline industry – which may not.

FB’s main competitor Google (GOOG.Q) has heavy exposure to the travel industry. If you going to Costa Rica, you are likely to Google, “Costa Rica Best Beaches.”

“As search volume for travel goes down, and prices for flights and hotels get less expensive, the amount of travel-related ad spend will decline.” Google earned roughly $18 billion from online travel agents last year.

Facebook has over 8 million businesses advertising on its platform. It’s 10 biggest advertisers are: Samsung, P&G, Microsoft, AT&T, Amazon, Verizon, Nestle, Dove, American Express and Walmart.  Not a lot of tourism-related biz there.

According to Atlantic Equities analyst James Cordwell, FB could benefit from a sustained economic downturn because “Marketers will be forced to focus their budgets on areas that produce the best return, and that’s often digital advertising.”

If you’re currently renting a billboard in a neighbourhood with no foot traffic, chances are you’re going to be shifting your ad spend.

Web surfing self-isolators could catalyse a Facebook rebound during a recession by accelerating the shift in ad spending. “As ad spending ramps back up, a larger portion would find its way to Facebook than if the economy otherwise continued to chug along as it has for the past decade.”

Many of the now beaten-down companies were overvalued to begin with.

“This valuation might make sense if Tesla was killing everyone in the sales game, but it’s not. Tesla sold 367,000 cars worldwide in 2019, which is great for a young company,” continued Parry, “But Ford sold 1.3 million in Europe alone last year.”

Six weeks ago, FB had a Forward Price/Earning (P/E) ratio of 16, compared to an industry average of 23.

The shares weren’t cheap back then, but FB is a mature, established cash-generating company with a tiny labour force, zero brick & mortar retail locations, and high profit margins.

“Right now, this [corona virus] isn’t a massive outbreak in the majority of countries around the world,” Zuckerberg told reporters on a conference call Wednesday. “But if it gets there, then we really need to make sure we are on top of this from an infrastructure perspective, to make sure that things don’t melt down.”

The beautiful thing about bitcoin and cryptocurrency is that their progress mirrors the natural world in many different ways. The...