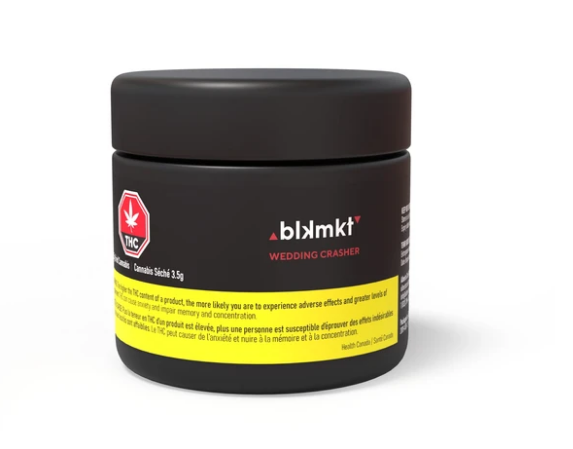 GTEC Holdings (GTEC.C) is a company we’ve written about a lot, a BC-based cannabis grower that laid out a business model of multiple small licensed grow facilities, hitting the premium artisan weed market. Their products are great, their costs are low, and they’ve never yet benefited from the irrational weed booms of the ’15, ’16, and ’17 years because they were late to get those licenses.

This means, they’ve experienced all the weed industry dives, but none of the runs. Their stock price: $0.09, good for a market cap of just $11 million.

Let’s think about that for a second now: Three licensed facilities, sales license in hand, product out to market: Just $11 million in value.

There have been naysayers out there of course, including some that noted earlier deals included stock allocations to the CEO once they closed which, it was said, would overly dilute shareholders.

Norton Singhavon, founder, chairman and chief executive officer of GTEC Holdings Ltd. , has agreed to waive a portion of his entitlement to further payments in connection with GTEC’s acquisition of 1118157 B.C. Ltd., GreenTec Bio-Pharmaeuticals Corp. (GBP) and Grey Bruce Farms Inc. (GBF). The Company has also secured agreements with certain other vendors of 1118, GBP and GBF to reduce their milestone entitlements and all vendors have agreed to increase the floor price of common shares in the capital of the Company (the “Common Shares”) to be issued in connection with milestone payments still payable.

This Payments Waiver and various amending agreements will not only reduce shareholder dilution, it will improve the Company’s balance sheet while aligning with shareholders’ interests during the current sector downturn. The Company is focused on maximizing shareholders returns by strengthening the balance sheet, achieving its production and sales targets, and growing the Company through internal investment.

He also responded to the dated tweet above, and received an acknowledgement that his actions were in shareholder interests:

This is a positive development for your minority shareholders. Your press release explains in sufficient detail the revisions to the original related party arrangements previously detailed in the notes to your financial statements.

Respect to both sides.

On the same day, the company received a $4.5 million loan financing at a fair (considering the market) 9.5% interest from, who else, but Trichome Financial (TFC.C), the only cats keeping the weed industry kicking, which replaces an earlier financing that would have been due real soon.

Trichome gets a few bonuses for playing nice, and GTEC needs to really ramp payments in year two of the arrangement, but there’s nothing obscene within.

The proceeds of the loan will be used for an early repayment of the company’s existing $3.7-million senior secured loan (maturing June 11, 2020) and general working capital as the company pursues opportunities to increase its packaging capacity and product offering for recreational CPG format sales, which include seven-gram product offering SKUs (stock-keeping units), prerolls and vape pens.

Now, we’ve been hard on companies that borrow money at increasingly outrageous interest rates to pay for earlier loans, as a college student might if they were taking out another credit card to pay for the last one they maxed out.

But this deal has an interesting coda.

The company’s revenue is generated primarily on the production and sale of its cannabis products, and in the event of a government imposed shutdown of non-essential businesses, as preventative measures for the COVID-19 virus, or in the event of a staff member testing positive or coming into contact with someone who has tested positive for the COVID-19 virus, the company could potentially have its operations affected, which could have implications on its financial resources.

To push that repayment along and get a little more walking around dough in the door, that’s basic good management, as far as I’m concerned. You might not need to empty the company accounts in a crisis, but should you need to, it’s good to be able to do so without holding a fire sale.

Meanwhile, GTEC also put out financials for the quarter:

Revenue increased to $2.4 million for the fiscal year end 2019. For the fourth quarter of 2019, revenue increased to $1.15 million, an 11% increase over the third quarter, from the sale of 280 kilograms (“KG”) of cannabis. (Q4 revenues were solely from the Company’s Alberta Craft Cannabis facility and the first harvest from Grey Bruce).

For a second quarter of actual sales, this was a nice one, though margins were down due to a second facility coming online.

Overall, there was a net loss of $2.1 million for the quarter, lower than the $2.3 million last quarter, with $1.9 million in cash in hand.

That’s tight. Rejigging their loans is a smart move, considering, and gives the company room to move. GTEC is in the process of selling some non-core assets and, from a share price perspective, there’s not a lot of room for the stock to slip before it gets insanely low on the valuation, so I feel comfortable leaving my own investment (that I’ve had for a few years now) in place.

Mostly, I see Norton doing the work. Yeah, it sucks for us at Equity.Guru that he’s pared back costs to the point where we make no money from him anymore, but for those of you sitting in cash right now, watching the world burn, wondering where you’re going to put it all when the lights turn back on, I’m here to tell you that keeping an eye on GTEC might be a good move.

Trichome has their back. Norton has the shareholders’ back. The assets are real and growing good quality product that will reflect in increased sales as new products emerge.

Wish we could charge them for this piece, but our opinion has always been that we reward the guys doing good work, whether or not there’s a buck in it for us to say so.

FULL DISCLOSURE: I’m hoarding Cadbury Creme Eggs and 7Acres weed and to hell with anyone who thinks they’ve done well grabbing all the toilet paper, I’ll fight you and your clean behind. Oh. I also own GTEC stock.