Digital Realty (DLR.NYSE) gets on top of tech boom with new Irish data-centre (Crosspost from The Digital Decrypter) 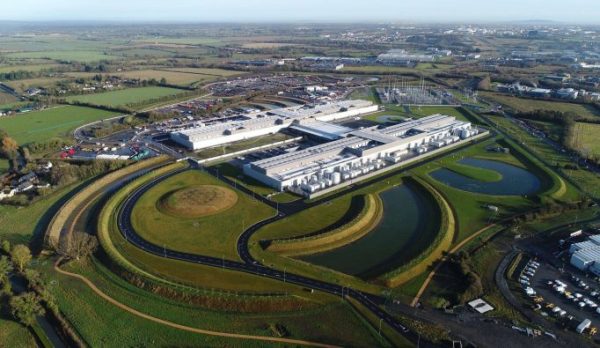 “Over the past few years, Dublin has firmly cemented itself as the data centre capital of Europe. We believe, and as our new research indicates, Dublin is on the cusp of a technology revolution that could drive substantial economic growth for the city for years to come,” said Jeff Tapley, EMEA managing director for Digital Realty.

The new facility will support Dublin’s growing technological ecosystem, and the predictions put forth by a study, commissioned by Digital Realty and conducted by Development Economics, have it experiencing a multibillion dollar euro tech boom over the next decade.

Globally, artificial intelligence is expected to account for 46% of value growth, increasing in value by $255 billion per year by 2029. 5G is expected to add 22%, IoT will add 21% and blockchain rounds up the numbers with 11%. Although AI is clearly the big winner, 5G is expected to grow at the fastest rate over the 2019-2029 period, because it’s an emerging technology and anticipated to grow due to a low baseline position.

The biggest draw for blockchain and cryptocurrency mining is in the low-cost mining facilities and apparatus, often taken at a discounted rate. It’s the equivalent of buying in bulk—companies getting their terrawatt hours at a lower aggregate rate to allow for the company to mine bitcoin sustainably, and focus specifically on mining rather than everything that goes alongside maintaining electrical standards.

For blockchain, the data-centre is the draw rather than colocation. Here companies can stash away large swaths of information, while using blockchain technology’s immutability function to ensure its veracity. The technology possesses the ability to track, log and store metrics about the health of networks. Whether the data is public or private, the blockchains are transparent to participants, which makes authentication that much easier.

“Our investment in Clonshaugh comes as a direct result of the increased need of businesses to ensure they’re investing in secure digital infrastructure that’s both flexible and adaptable. Businesses can rely on our secure platform to connect to and deliver the critical technology they need to succeed, from AI to IoT, from one city and country to anywhere in the world in order to efficiently scale and grow,” Tapley said.

If this pans out, then the data-centre will mean positive growth for Dublin in the future, but there are going to be some short-term costs and growing pains in the interim. For example, the addition of data centres incurs a growing cost to the country, and critics have been pointing fingers at the increased burden on the electrical grid and the overall environmental cost from rising emissions that could negative impact Ireland’s response to the climate crisis.

According to transmission system operator EirGrid, data centres and other large users will consume 29 per cent of Ireland’s electricity, by 2028. Other companies, such as Amazon, Google and Microsoft, have all located data centres in Ireland, and there are another 10 centres under construction, with planning permission granted for another 31 centres when they’re built.