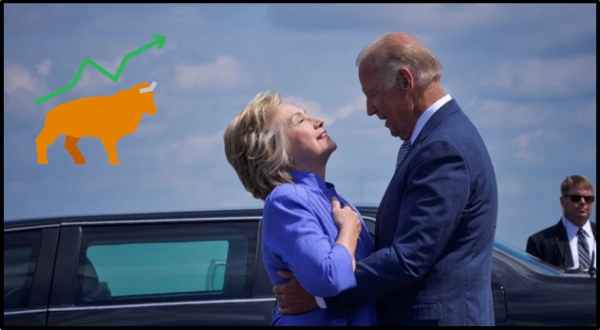 On November 8, 2016, Hilary Clinton lost the U.S. Presidential election to Donald Trump because she was a weak, error-prone candidate with no brand.

After the March 3, 2020 “Super Tuesday”, the Democrats are poised to nominate another weak, error-prone candidate with no brand.

Name one bold thing Joe Biden has ever done.

Trump is distasteful to most college-educated people, but when you launch your Presidential campaign by announcing that “Mexicans are rapists” – no one can accuse you of a “lack-of-boldness”.

Donald Trump is licking his chops.

So are the U.S. stock markets.

A candidate must earn 1,991 delegates to become the Democratic nominee.

Despite picking up all four delegates in American Samoa (pop. 55,000) – on Wednesday morning Mike Bloomberg decided to call it quits. 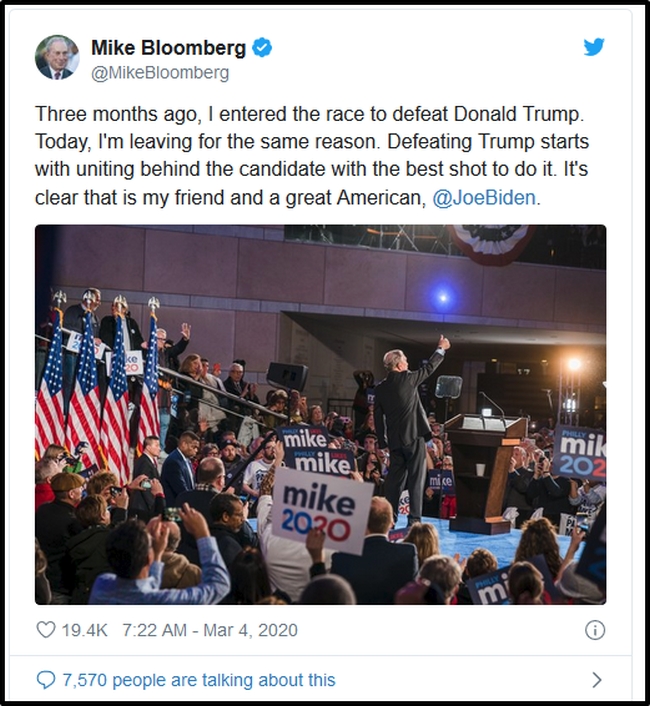 “Later tonight Hillary Clinton will make history when she becomes the first woman to ever be elected president of the United States,” predicted the Globe & Mail on the afternoon of November 8, 2016.

For the past 30 years, Ms. Clinton tried to carve out her identity in the political world, but she has not been able to break through in a way that inspires fervent support and popularity.

“Her brand has been tainted by her battle in the primaries with the wildly popular Bernie Sanders,” continued the Globe & Mail, “During her career, she has been involved in multiple scandals, ranging from Lewinsky to Benghazi, and most recently, her e-mails. She can be seen as representing an old-school Washington”. 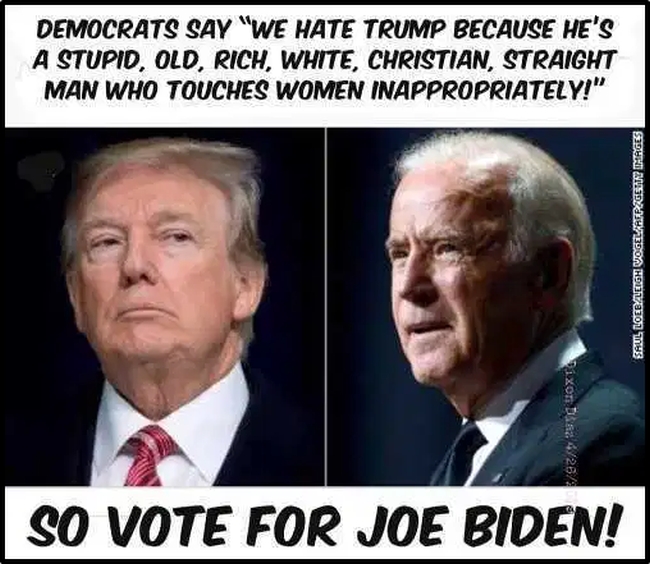 Investors have legitimate reason to want four more years of Trump.  Ignoring the recent coronavirus-catalysed carnage, the markets have performed well during the Trump presidency.

The DJIA rose 39% since Trump’s election, while under Obama it increased 65% over his two terms.

Surging stock markets aren’t the only thing Obama and Trump have in common.

Both Presidents borrowed money to keep the financial gears lubricated. 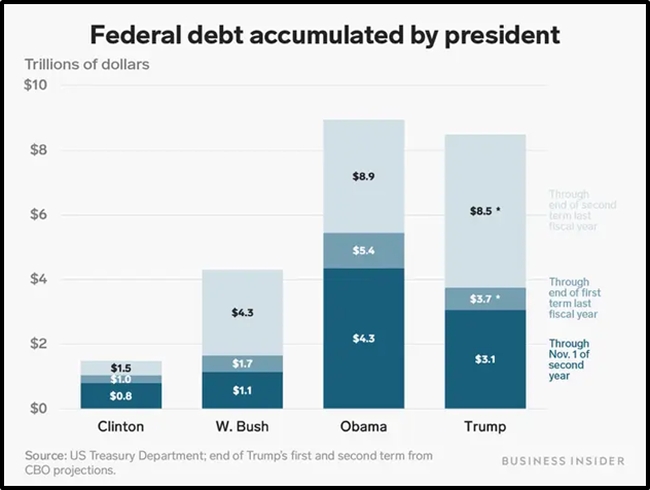 According to the New York Federal Reserve Report U.S. household debt increased 0.7% during Q3, 2019, to $14 trillion.

“Consumer debt is now $1.3 trillion higher than the previous peak set in 2008,” stated CNN business, “Household debt has climbed 25% from the post-recession low of $12.7 trillion.”

Yesterday, March 3, 2020, the Fed cuts its key U.S. interest rate by 1/2-percentage point because of the “evolving risks” to the economy from the COVID-19 epidemic.

“We recognize a rate cut will not reduce the rate of infection,” admitted Fed Chairman Jerome Powell. “But we do believe that our action will provide a meaningful boost to the economy.”

“They just fired off their bazooka, and if it does no good, then what?” asked the chief economist at Amherst Pierpont Securities. 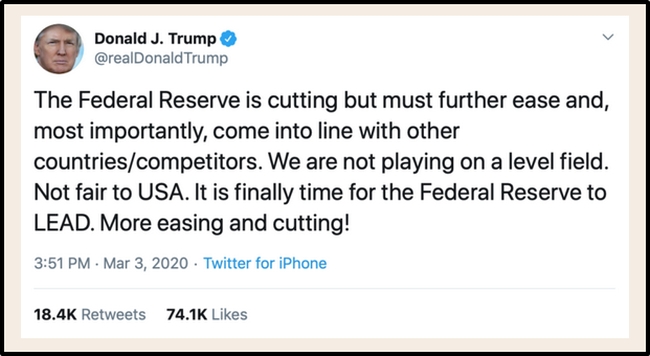 “Voters wary of Mr. Sanders are probably right that supporting Mr. Biden is the tidiest way to keep the democratic socialist from the top of the ticket,” stated the NYT, “Ms. Warren, former Mayor Pete Buttigieg and Senator Amy Klobuchar, all strained to connect with black and Latino voters while Mr. Bloomberg flailed on the debate stage.”

Many in the democratic party are uncomfortable with the kind of unswerving progressivism that Mr. Sanders demands.

Biden is only 4 years older than Trump.

So it’s an almost-level playing field.

Many psychologists believe Trump has dementia.

On Tuesday night, a triumphant 77-year-old Mr. Biden got his wife and sister mixed up.