Hollister Biosciences (HOLL.C) latest LOI with Venom Extracts proves they’re in it for the money 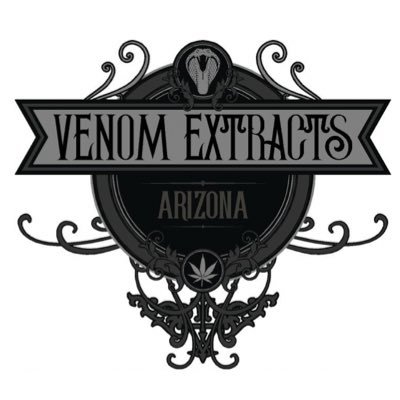 The biggest draw for a company like Hollister is clearly the revenue offering. Venom Extracts has reported CAD$16.4 million in revenue, and $2.48 million in EBIDTA from its cannabis concentrates product line, P.H.O concentrates and cartridges. The specifics aren’t in as Venom’s numbers haven’t been audited, but Hollister is comfortable that the figures are accurate. The audit will come as part of the due diligence prior to closing.

“Venom has established itself as a leading extraction operation with a prominent brand in the Arizona marketplace. We feel this acquisition will present a great deal of opportunity for synergy between Hollister and Venom, providing avenues for both companies into the Arizona, California and additional marketplaces for cannabis products.  Venom Extracts has a highly skilled and experienced management team with a track record for operational excellence.  This transaction is highly accretive and represents a fundamental part of the future growth of both companies,” said Carl Saling, founder and CEO of Hollister Biosciences.

Hollister Biosciences is a cannabis-company with products being carried in 220 of Indus Holdings (INDS.C) 600 dispensaries. The company is intending the penetration to grow as the company increases its seed to shelf product development model. Their California subsidiary, Hollister Cannabis, is the first state and locally licensed cannabis company in the City of Hollister, California.

The terms of the deal include 70% of the proposed $20 million to be paid upfront and 30% to be paid upon milestone achievements. The acquisition is expected to close by March 31, 2020 subject to normal course due diligence.

The terms of the LOI, which will be formalized by a definitive agreement on closing, are as follows:

Hollister will not be assuming any long-term debt, and a new control position will be created. There is no change in management and no additions to Hollister’s board of directors.

“The opportunities for resource and capability sharing between the two companies are plentiful.  This also represents a more expeditious avenue for us into the large and rapidly growing California marketplace.  Hollister has an excellent management team in place and has established itself as a sought-after brand house of popular cannabis and hemp products in California.  We feel that our contribution on the extraction side will help diversify Hollister’s product offering and continue to build out the brand equity of both companies across multiple state and eventually global marketplaces,” said Mason Cave, CEO of Venom Extracts.

Hollister is a decently young company, only having been welcomed to the CSE in November of last year. To date their price movement reads like a roller coaster, showing big swings as the general tone and timbre of the cannabis market takes their toll.

But it’s early yet, and they’re decently cheap at a $15 million market cap, especially if the revenue numbers from Venom Extracts pan out. Acquiring a subsidiary that brings in more money in revenue than you show in market cap can only spell good tidings in the future.  Right?  We’ll see.