BevCanna Enterprises (BEV.C) doubles their cannabis 2.0 production space to roll with the regulations 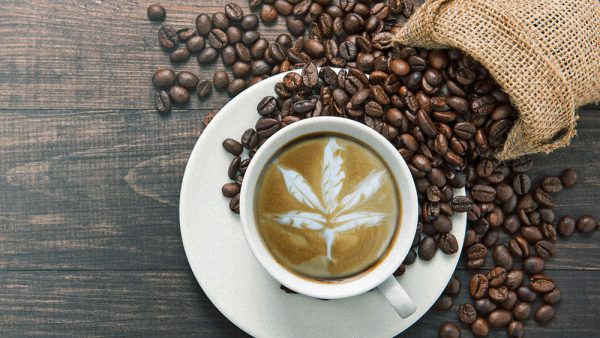 BevCanna Enterprises (BEV.C) is doubling their production floor space from 5,235 square feet to 10,378 in preparation for getting their processing license later on this year.

It’s hard to get going in cannabis 2.0 for some companies because the government is doing everything it can make sure the best-interests of its constituents are met. There’s no point in belaboring the point—we live in Canada, and Canada has always and will always be a country which regulates its markets.

The government follows a harm minimization strategy, and they believe that companies themselves are either incapable of doing this, or unwilling. That’s debatable, and given the antics of some of the cannabis companies operating in the space within the last year, maybe even a valid point. But for those good apples spoiled by the avarice and stupidity of the bad apples in the bunch, government overreach is a significant obstacle.

“The high regulatory barrier to entry for cannabis infused beverages is proving difficult to surmount for many licensed producers that wish to expand their brands into this emerging category. Beverages are BevCanna’s core expertise. BevCanna’s world class bottling facility has been designed with maximum flexibility to cover a wide array of bottle sizes and form factors to allow the Company to fully serve its white label client needs,” said John Campbell, chief strategy officer at BevCanna.

Here are some of the limitations that BevCanna has to work around.

Edible cannabis products can only carry a maximum of 10 mg of THC per package, which is generally considered to be a microdose. This wouldn’t be necessarily be a net negative, as microdosing is actually quite popular among edibles-enthusiasts, but here’s where it differs: that’s not 10 milligrams per can. So if you buy a six-pack of cannabis-beverage X, each can will contain less than 1.7 mg of THC per can or bottle. The government’s harm minimization strategy here is to avoid (or reduce) the incidents of accidental overconsumption, or overdose.

Beverages can’t contain alcohol, or use the terminology of alcoholic beverages (think: shiraz or lager) in their branding, which could make for an interesting complication to companies investing in non-alcoholic canna-beer or wine products. Nor can edibles have vitamins, minerals or nicotine, and only small allowances for caffeine, like edible chocolate, and those limits aren’t even set in stone yet.

And of course, outside of BevCanna’s purview, edible products can’t come in shapes, forms, colours or flavours that would appeal to children. Health Canada says these rules are here to dissuade children from eating cannabis-edibles, either accidentally or otherwise.

Regardless of the government’s best attempts to strangle the life out of the industry, the show must go on.

“We expect to receive our standard processing license imminently, and we’re preparing to initiate full-scale production in the coming months. We’ve seen a fantastic consumer and industry response to the upcoming Canadian beverage market, and this development ensures that we have capacity and full product offerings to fulfill the anticipated demand,”said Campbell.

Perhaps buoyed by their ongoing production struggles in the Canadian market, BevCanna has signed into a joint venture with Mota Ventures (MOTA.C) to distribute BevCanna’s hemp-derived CBD products into the European market.

The JV will launch BevCanna’s “LEV” line of fruity lightly sparkling CBD-infused spring water drinks and water-soluble powders. The powders use BevCanna’s method of nano-delivery of cannabinoids, essentially shrinking them down to enhance bioavailability and produce a rapid onset time. This is the first of many products slated for launch over the five-year agreement.

“Infused beverages are a great way to enjoy cannabidiol in a familiar, appealing consumption format, while also being non-carcinogenic and more socially friendly than other formats. We’re also excited to employ our proprietary nano-technology in our beverages, which is more bioavailable and produces a rapid onset time,” said Campbell.

Maybe it’s true that life really is easier in Europe?