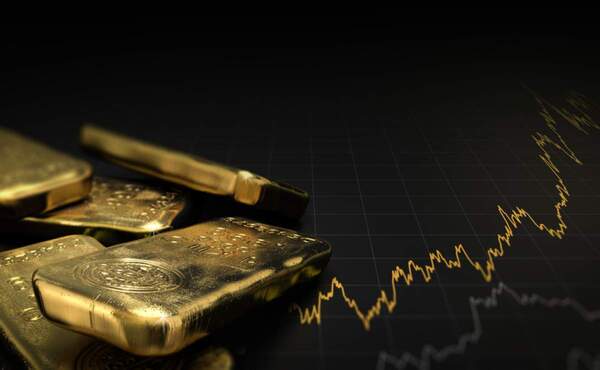 2019 was a banner year for Metalla Royalty & Streaming (MTA.V) and its shareholders.

The company, one of the more aggressive in the space, continues to add high-quality royalty and streaming deals to its portfolio, and the share price has enthusiastically stair-stepped higher in response.

As I’m sure most of you are aware by now, companies like Metalla operate and benefit from holding royalties and streams on mineral deposits, extracting (no pun) a share of the precious metals or revenue produced, without exposing itself to the risks and costs of mining itself.

For those who don’t understand the business model, it’s really quite simple:

Metalla gives a company muchly needed development funds, UPFRONT, in exchange for the right to purchase a share of the metals produced from the mine, at a discounted price, over a specific period of time. 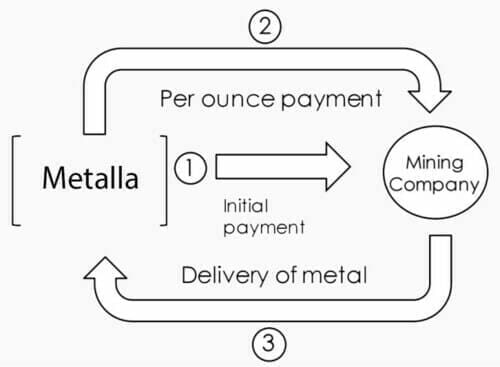 When said mine goes into production, Metalla grabs its share of the metal produced, which it can then vault, monetize, or do with what it pleases.

Metalla gives a company muchly needed development funds, UPFRONT, in exchange for the right to a percentage of revenue when the mine is put into production. 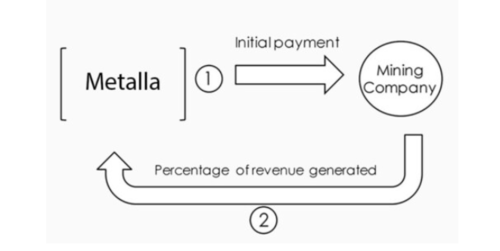 When the mine goes into production, we stand to watch.

It’s no secret royalty and streaming companies have faired rather well during the multi-year bear market in gold. To emphasize this point, we’ll compare eight-year charts of Franco Nevada (a blue chip precious metals royalty company) and the GDX (an ETF that tracks the performance of the largest Producers’ in the sector). We’ll also throw in the always-on-fire S&P 500, just for shits n giggles. 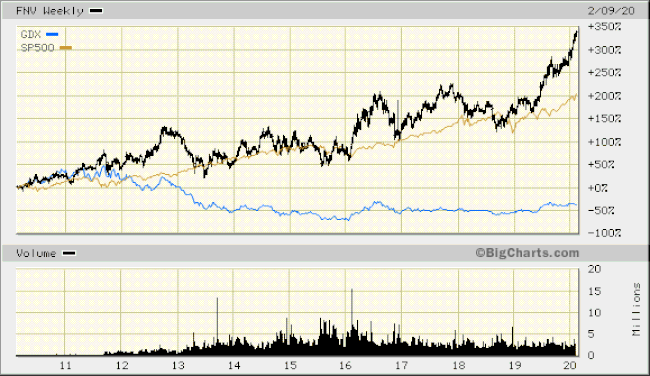 Note how the GDX (blue line) ground lower and then sideways while Franco Nevada pushed higher, consolidated, and then continued its ascent, even beating out the S&P 500.

Buying the dips, even during the worst years of the bear market in gold, proved a solid strategy for Franco Nevada shareholders.

After trading in a one-dollar range for its first year on the Venture exchange, Metalla put on an impressive show in 2019 after setting an aggressive acquisition pace.

Don’t let this two-year Metalla price chart intimidate you—when these royalty co’s latch onto a growth curve, this price trajectory can be sustainable, especially if the metal itself finds a whole new gear (Metalla has excellent leverage to rising Au/Ag prices).

A brief summary of fundamentals and milestones (we’ll expand on these further down):

Shortly after consolidating its common shares on the basis of one new share for four old, the company began trading on the NYSE American on Jan. 8, 2020.

This is a big deal as the NYSE listing gives the company greater liquidity. This is what will attract the bigger (smarter) money.

This elevated trading status gives the company greater access to the kind of capital required to continue growing its portfolio of high-quality royalty and streaming deals.

On the subject of deals, since inception, Metalla has completed more transactions than any other company in the space. 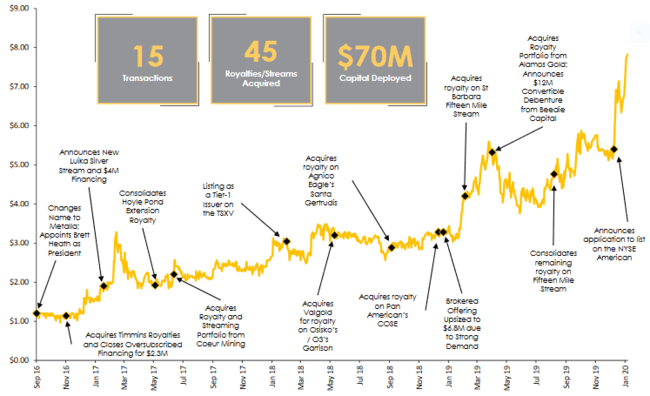 CBH Resource’s Endeavor Mine in Australia:

The Endeavor Mine’s reserves are expected to support production for the rest of 2020. We could see the production of 200k ounces of silver during this time.

It’s possible operations could be extended for several more years should exploration on the property prove successful. A large volume of historical tailings on the project could also come into play creating a reprocessing scenario.

“Metalla will have the right to buy 100% of the silver production up to 20.0 million ounces (6.77 million ounces have been delivered as of April 2018) from the Endeavor mine in north-central New South Wales, Australia for an operating cost contribution of USD$1.00 for each ounce of payable silver, indexed annually for inflation, plus a further increment of 50% of the silver price when it exceeds USD $7.00 per ounce.”

Metalla holds a 15% interest in a privately held Guernsey-based investment company where it receives 15% of the silver produced from the NLGM operation.

Metalla also holds two royalties on Pan American Silver’s COSE (1.5% NSR) and Joaquin (2% NSR) mines in Santa Cruz Argentina—two satellite deposits from its Manantial Espejo mine that are in the ramp-up stage. 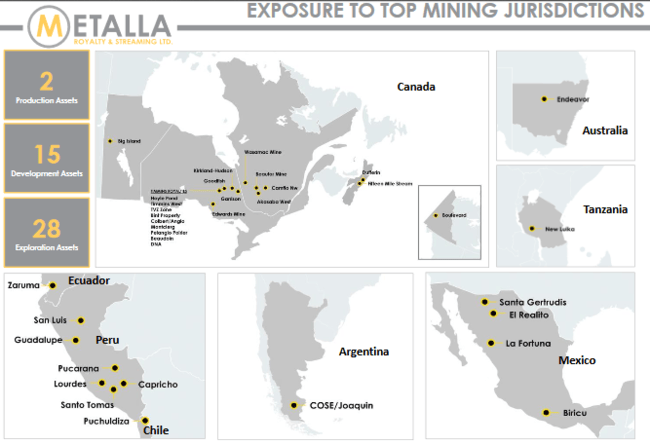 Other significant royalties in MTA’s portfolio:

Garrison Mine, Kirkland Lake, Ontario (2% NSR) – 2M ounces of gold in the Measured and Indicated categories. Osisko recently announced that Garrison will be spun out into O3 Mining which will provide a more effective focus on Garrison as a key asset.

Wasamac Mine, Rouyn-Noranda, Quebec (1.5% NSR) – 1.8M ounces of gold in the Proven and Probable categories (2.5M ounces in the Measured and Indicated categories). According to the company’s investor deck, the deposit has ‘a proposed mine life of 11 years producing an average of 142 Koz Au/year at AISC of US$620/oz. Start date of 2022/2023.’

El Realito Mine, Sonora, Mexico (2% NSR) – 84k ounces of gold in the Proven and Probable categories (353k ounces of gold in the Measured and Indicated categories). Operated by Aginco Eagle, El Realito is a satellite deposit adjacent to its operating La India Mine. A recent drilling campaign was recently expanded by 5,000 meters to 17,000 meters as a result of ongoing success at El Realito.

We’re in the very early innings of a bull market in gold and silver—that’s my firm belief.

While funds have flowed into the metal and some of the larger, producing entities, it hasn’t nourished the entire landscape. I suspect we will see a tsunami of funds flow back into this market once the fundamentals become too compelling. As I keep repeating in these pages, when the turn comes, it’s often dramatic.

With its current cap structure, cash-flow, project portfolio, and NYSE listing, the company has the scale to continue pushing itself further along the growth curve.

Speaking of growth, the following chart shows the pace of acquisition activity since inception. 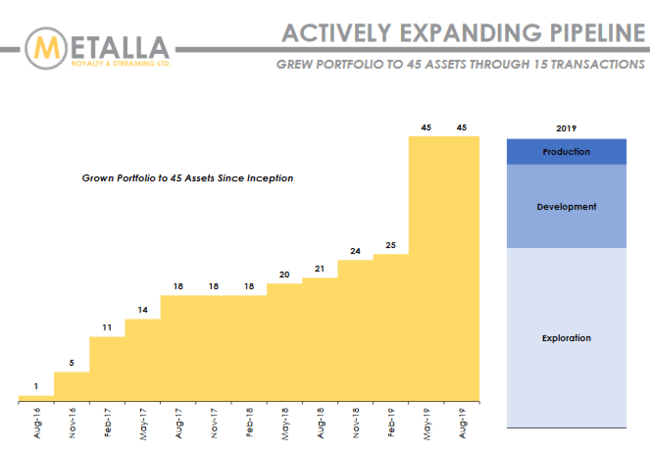 Buying this company on weakness, say below $7.00, could pay off handsomely in the medium to long term. 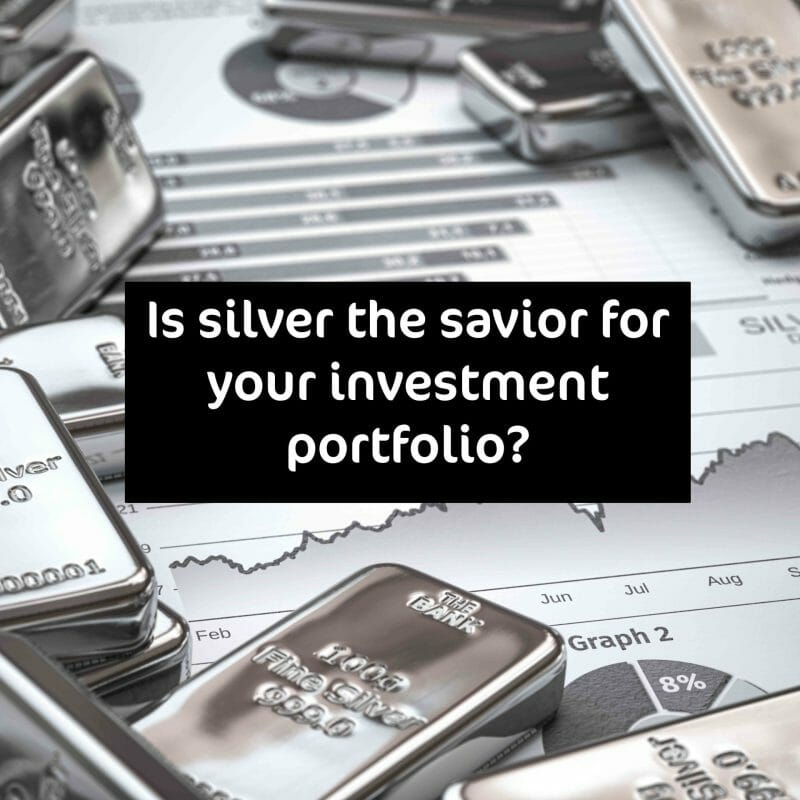 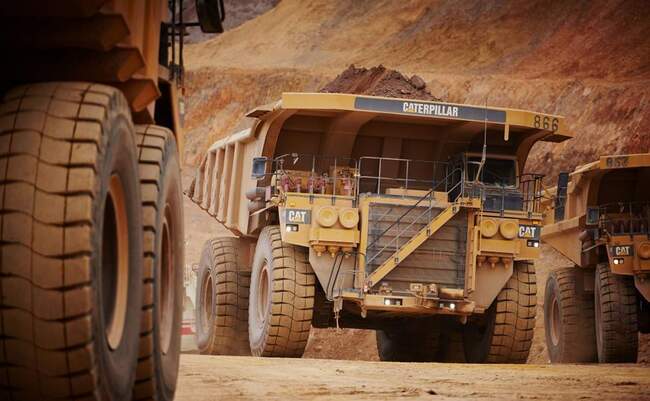