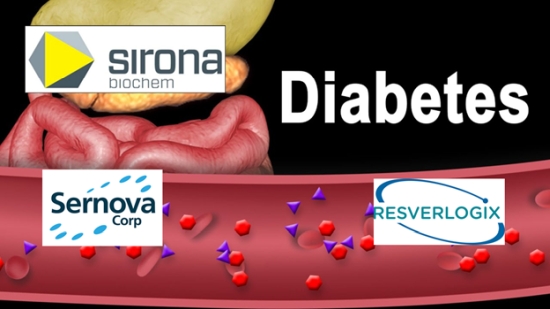 That’s the population Hawaii – disappearing off the planet every year.

The emotional costs are immeasurable.

The financial costs are staggering.

A Harvard University Study calculates the economic burden from diabetes at about $1.3 trillion, or 1.8% of global GDP. The new study included the indirect costs of diabetes like production shortfalls due to illness and premature death, which account for nearly 35% of the total economic burden. 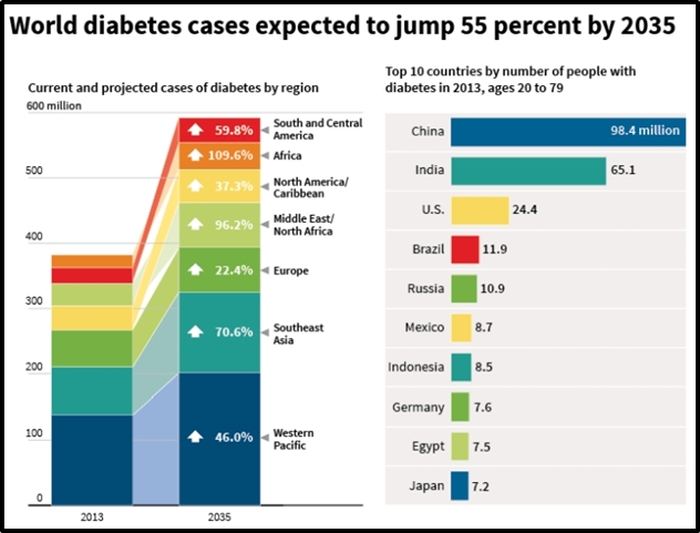 Diabetes patients incur average medical expenses of USD $16,000 per year – about 220% higher than people who do not have diabetes.

At a total cost of $330 billion, “diabetes has become the most expensive chronic disease in the U.S.” according to the American Diabetes Association’s (ADA).

For humanitarian and financial reasons, there is a ravenous hunger for improvements in the treatment of diabetes patients.

Resverlogix (RVX.T) is a $278 million late-stage clinical biotechnology company that specialises in epigenetics.

Epigenetics involves changes in organisms caused by modification of gene expression rather than alteration of the genetic code itself.

In Q3 2019, Resverlogix completed a Phase 3 clinical trial – BETonMACE – with apabetalone for the treatment of high-risk cardiovascular disease patients, who also have type 2 diabetes mellitus and low levels of high-density lipoprotein.

Currently, these high-risk patients are administered drugs like Lipitor and Crestor. These status-quo drugs only prevent 30% of cardiovascular events within this patient group.

Resverlogix is focused on the remaining 70% of high-risk patients with cardiovascular disease and type 2 diabetes.

The primary objective is to determine if apabetalone increases time to the first occurrence of a Major Adverse Cardiac Event (MACE).

MACE is defined as a single composite endpoint of: 1) Cardiovascular death, or 2) Non-fatal myocardial infarction, or 3) Stroke.

10 clinical trials have been completed, there are 4 more anticipated trials to reach “Proof-of-concept”. 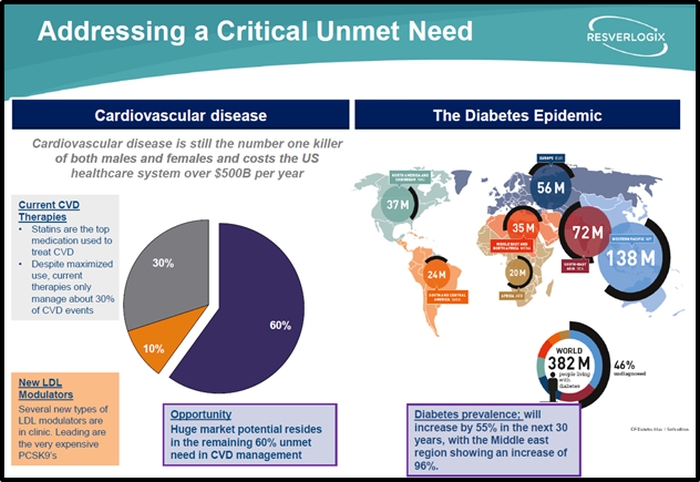 The company specializes in stabilizing carbohydrate molecules.  Patented compounds are licensed in return for milestone fees and ongoing royalty payments.

The SBM stock price is up 400% in the last year, because of investor excitement about a skin-lightening product going to commercialization with a multi-national skincare organization.

We are also keeping an eye on Sirona’s type 2 diabetes drug, TFC-039 which is proceeding through clinical development at Wanbang Biopharmaceuticals.

China has experienced a dramatic rise in diabetes.  Current estimates suggest that 11% of the Chinese population has diabetes, with a significant proportion remaining undiagnosed.

In a head-to-head preclinical study, Sirona Biochem’s SGLT inhibitor performed better than Johnson and Johnson’s Invokana which has been given FDA market approval in the U.S. and in Europe. 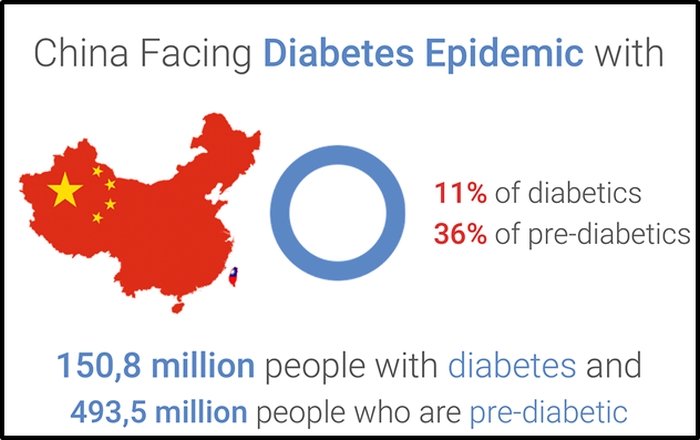 Sernova (SVA.V) is a $33 million company developing a medical device to help patients with chronic metabolic diseases such as insulin-dependent diabetes.

Annual sales of insulin reached about $26 billion in 2019. Global spend is growing at 6% a year.  Most diabetics are currently dependent on insulin syringes or a clunky external device called an insulin pump.

Sernova is conducting clinical trials for a new product capable of disrupting the current market for diabetes treatment.

Type 1 diabetes causes the pancreas to stop producing insulin, a hormone that enables people to get energy from food. It occurs when the body’s immune system attacks and destroys the insulin-producing cells in the pancreas called islets.

Sernova’s “Cell Pouch” is an implantable medical device placed under the skin, which provides an ideal environment for the survival of therapeutic cells, which can replace lost islets and restore the metabolic function of the pancreas.

The Cell Pouch was well-incorporated with vascularized tissue, which enabled successful transplant of the purified islets. A reduction in body weight was recorded, and an 87.5% reduction in hypoglycemic events from baseline.

“We found some glucose-stimulated C-peptide and insulin present in the bloodstream,” stated Dr. Piotr Witkowski, “which are the gold standard indicators of islet function.”

“With these data from our current clinical trial, in conjunction with our advancing hemophilia A, hypothyroid, and diabetes stem cell programs, we believe Sernova is closer to achieving significant advancements in regenerative medicine treatment,” stated Dr. Philip Toleikis, President and CEO of Sernova.

In the U.S. diabetes is mentioned as a cause of death in 250,000 death certificates a year.

The National Center for Health estimates that 40% of U.S. adults are obese.

People who are obese have a high risk of developing type 2 diabetes – also known as insulin-resistant or adult-onset diabetes – a condition where the blood glucose level is high.

In fact Pfizer spent about $3 billion decommissioning an insulin inhaler called Exubera, after discovering diabetics didn’t want to suck on a vaporizing bong the size of a couch.

Given the size of the end-market, and the milestones RVX, SBM and SVA have already hit, we are keeping them on our radar.

Full Disclosure: Equity Guru has no financial relationship with the companies mentioned in this article.