Amazon (AMZN.NASDAQ) reported earnings yesterday, beating market expectations by a wide margin and pushing itself into the four comma club –  one trillion dollars in market cap. Let’s see how they got there.

In a matter of minutes, Jeff Bezos’ net worth rose by $13.2 billion, and the stock rose by over $250 dollars. Here are the stats:

Whoosh! Those are some big numbers. Despite its feud with FedEx, Amazon has over-delivered on street expectations. This reminds me of Jeff Bezos’ 1998 letter to shareholders, where he explicitly states that “we intend to build the world’s most customer-centric company”. Needless to say, he has delivered.

As a business Amazon has not only changed the face of e-commerce but also pushed the frontier forward in showing the world what can be done with the power of the internet. Not only has it created over $1 trillion dollars worth of value for investors, but it has also probably created more value in its secondary impact.

By that I mean, the value that other companies and firms have been able to create because of Amazon. The firm’s gargantuan impact is not only in the e-commerce space but also on the infrastructure of the internet as a whole: you guessed it – through AWS.

For those who are not aware, Amazon Web Services – or AWS for short is the firm’s arm that offers server space and cloud computing solutions for companies. Think of it this way: your phone is like a mini, scaled-down version of AWS.

You might record a video on your phone, and the video file, though digital, has to exist in physical form somewhere. In this case, it is your phone. If you destroy the phone, you destroy the video. But you also have the ability to share and edit and make that video fancy: and those actions make use of the phone’s computing power. Amazon’s feat is that it abstracted the idea of storage and processing and scaled it for the rest of the world.

When it started, AWS was a joke, and if you started an online business, you wouldn’t have thought of using Amazon for what it has to offer. Today, if you’re not on AWS – you’re the joke. The speed, efficiency, and processing of the servers are unparalleled, and it should come as no surprise that nearly 50% of the public internet is run on Amazon Servers.

If all Amazon Servers were to hypothetically disappear tomorrow, then so would half the internet. THAT is how crucial Amazon is to the digital economy. Don’t believe me?

Some of these companies are already public such as Slack, Pinterest, Lyft, and Spotify. In these cases (which I have deliberately cherry-picked), these businesses simply wouldn’t exist without Amazon.

Sure, one could make a case that they would’ve used other providers such as Microsoft or Google, but it remains true that Amazon was the first mover in the space, and literally created the industry and laid the foundational infrastructure that allowed these firms to flourish.

Slack is an app – without AWS, there’s no Slack.

Spotify is an app – without AWS, there’s no Spotify.

Lyft is an app – without AWS, there’s no Lyft.

AWS is the foundation upon which the bricks of almost every other internet venture is laid. I think a round of applause is due here.

On the retail side of things, Amazon’s “customer obsession” has made life easier and better for consumers across the globe. With a global presence, Amazon Prime offers shipping for almost any product one could think of in less than 2 days. In some major cities in the US, that time frame can be narrowed down to less than 2 hours.

In the last quarter, the stock took a hit as net income slid by 26% on account of rising shipping expenditure by the firm. It reminded of a Jeff Bezos interview I watched where he mentioned that he doesn’t worry about the stock price while making business decisions.

A drop in the company’s stock price by X% in a day doesn’t mean that the firm is now X% worse or that you are X% stupider in a day. Similarly, a rise in stock price by Y% isn’t to say that you’ve suddenly become smarter.

The sentiment expressed above by Bezos provides an important, yet often ignored intuition in business decision making – the stock price of your company is a proxy first, and a measure later.

It was precisely this attitude that Amazon didn’t decide to “pivot” when times were rough, i.e. the dot com bubble. It was a stroke of luck and prudent decision making that allowed the firm to survive the recession in the early 2000s, and emerge as a giant boasting exponential growth.

In The Everything Store, biographer Brad Stone explains that right before the markets actually crashed, Amazon had raised $692 million in debt financing, specifically convertible bonds from EU markets. It was a volatile market back then, so Amazon had to promise a 6.9% interest rate on the loan.

This was a deliberate move by Bezos, who felt that cash in hand would give the firm runaway to survive if things go sour. A month later, the markets crashed/

I don’t think it was by accident that Amazon decided to go public when it did, or raised debt financing when it did, or started by selling books (of all things) when it did. These are all consequences of extremely shrewd decision making by Bezos, who had his foot in the present with eyes on the horizon.

Bezos’ reason for starting by selling books was that it was an item that did not need inventory. In one go, he was able to create an online catalogue of almost every major book, without paying for storage or inventory. Then, he could order those books via individual suppliers depending on which customer ordered them.

Here we get a glimpse of that which made Amazon successful – digital payments. When customers ordered books using platforms such as Visa and PayPal back in the day, the money would almost instantly hit Amazon’s account.

In essence, Amazon got paid by customers before the firm had to pay for sourcing the product itself. Not only did it have cash for a product before it had inventory, but it also had perfect information about demand and had the ability to perfectly control supply.

So it makes sense that Amazon incurred heavy losses in the early years after it went public – the goal of the firm wasn’t to make a profit, it was to collect information about demand and supply – the most important dataset for a market.

By deliberately taking losses in early years selling books, Amazon was able to 1) gather information about product demand and supply at scale, and 2) channelize consumer behaviour from the retail marketplace to the internet marketplace.

Now that Amazon has dominated e-commerce, it charges vendors for ad space to sell their product and be seen by customers first. No surprises when I tell you that the firms “other revenue” – that consists of sold ad space – rose 41.1% to a record $4.78 billion.

Once Amazon hit the critical point of consumer data and behaviour on its website, it opened its doors for other products and became what it is today – the everything store. 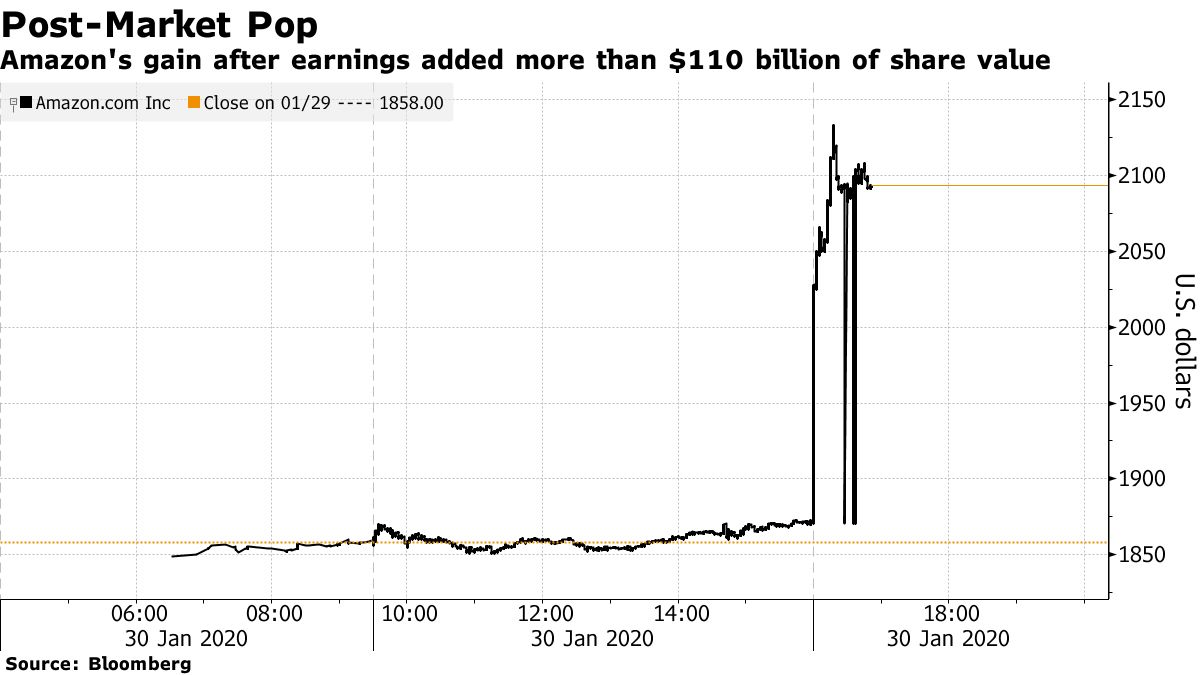