It never ceases to amaze me how folks prefer to get their trade order in before doing their research, even on companies dripping in debt, that have failed at every single thing they’ve attempted over several years. What’s up, Maple Leaf Green World (MGW.NEO), a company so deficient in every respect that it trades on an exchange nobody else is interested in being listed on, has failed in every task it has announced since 2014, and can’t get its BC grow facility finished or sold because it is subject to liens from local contractors.

Despite all that, the company put out a new release late last year that appeared to be great news, and boy howdy did folks jump on it!

Incredible! They got a license! Total game changer! That has to be worth something right? Millions maybe?

Why don’t we go see at the Riverside County website?

Oh. Uh. Maybe I’ll get one for Christmas..

But is there some sort of long arduous process involved in getting a hemp cultivation license? Some process that would show MGW is an efficient machine with top quality people who know their shit?

So, like… no. If you’re not on a chain gang, you qualify.

But maybe these licenses are rare! Maybe Maple Leaf Green World have beaten everyone to the punch and got first mover status!

Nope. Turns out there are more than 1500 such licenses already in play.

A little disappointing so far, but here’s the thing: When this news came out, Maple Leaf Green World stock jumped from $0.05 to $0.07.

Essentially, by paying $900 for a local county agriculture license, the kind that’s given to anyone with cash between their teeth and without the outward appearance of being a crackhead, MGW earned a $3 million market cap boost.

In years previous, the cannabis sector has experienced massive upswings when nearly every LP started ‘buying’ fake foreign assets – in essence, you fork out $3 million to a guy who spent $1 million buying a greenhouse or a drug store, and get a $30 million market cap boost based on your amazing growth into Malta or Slovenia.

The downside of this larceny was, eventually you take massive market cap downswings when it becomes clear those purchases would need to be written down – or written off entirely.

Y’all said you learned your lessons from that period of stupid excess, but here’s the stankiest, jankiest weed play out there pulling the same routine and you fell for it again.

So, of course MGW doubled down, putting out a news release a few days ago announcing that they would be – wait for it – cultivating CBG hemp seeds at their licensed facility! 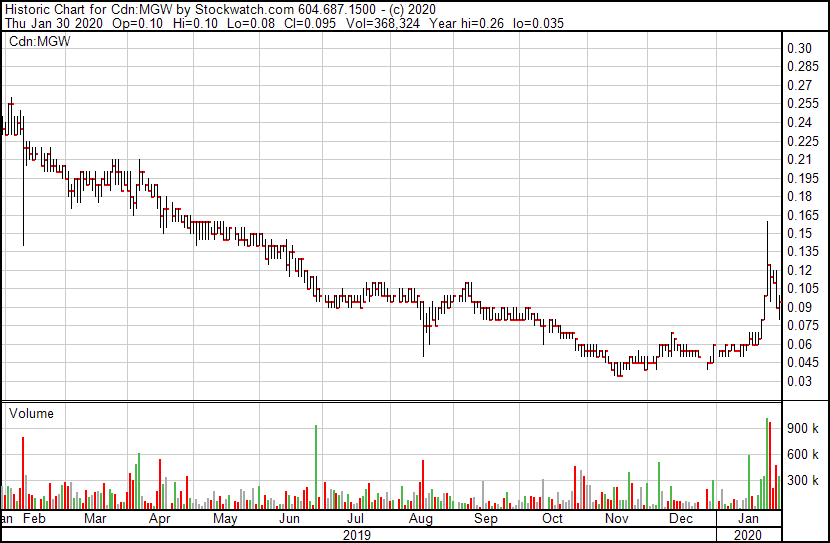 If folks bothered reading beyond the headline, it was clear MGW aren’t cultivating anything. In fact, their greenhouses in California are in a state of disrepair.

The company is also pleased to announce that renovation work has already begun on the two existing greenhouses at its 20-acre site at Riverside county, California. The renovations entail replacing all the covers and performing a complete sterilization to ensure a clean start-up. The renovations are expected to be completed in mid-February, and cultivation will begin soon after.

Weird – a few months earlier in October, in another news release titled “Maple Leaf Green prepares for Calif. hemp cultivation”, it was claimed “The two greenhouses are in good operational condition and can start the hemp seed cultivation program immediately with some minor adjustments.” 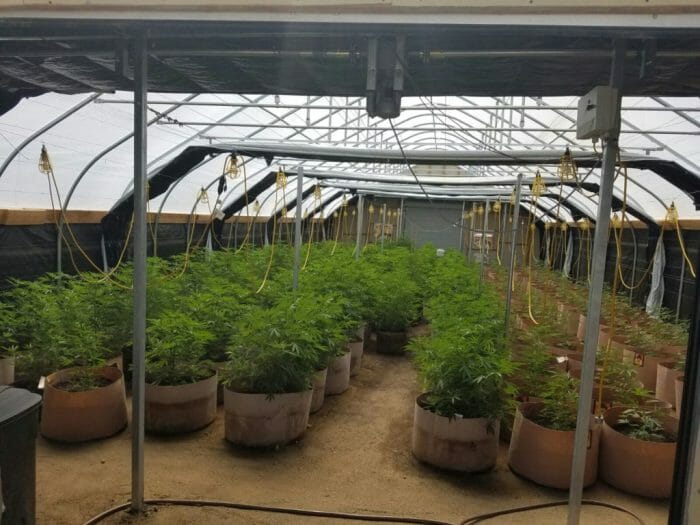 That’s supposedly MGW’s California ‘facility’, which they’d all but abandoned previously to get their BC facility going, only to find they couldn’t afford to get the BC facility finished, leaving a bunch of local contractor folks in Tekwa, BC, holding the bag.

Mind you – this may NOT be MGW’s California facility, because previously they’ve put out photos of their supposed California and Nevada facilities, and they appear to be the same place.

If you look through the MGW MD&A docs, they make for hilarious reading. The company has a long history of botched deals, double dealing, big plans, continual claims of ‘big Asian investments coming soon’, and losses.

SSGW purchased all of the ownership interests in BioNeva Innovations of Henderson, LLC, (“BioNeva”) effective January 23, 2018. In accordance with the terms of the transaction, the previous holders of the ownership interest of BioNeva assigned their interest to a Director of Maple Leaf, who in turn will transfer one hundred percent of the ownership interest and related licenses to SSGW in accordance with the terms of a Confession of Judgment upon direction of the Company. On June 30, 2019, BioNeva was dissolved without being transferred to Maple Leaf. The registered address of both SSGW and BioNeva is 710 Coronado Center Drive, Suite 121, Henderson, Nevada, USA 89052.

Here’s another interesting tidbit – MGW doesn’t own the California land package, despite putting a deposit down on it in 2015.

In March of 2015, GSGW entered into an agreement to purchase approximately twenty acres of land in Riverside, California for an aggregate purchase price of $120,000 USD. The Company paid $18,866 ($15,000 USD) in cash, with the balance payable by way of a promissory note secured by a Deed of Trust and bearing interest at the rate of 6% per annum. The maturity date on the promissory note is March 1, 2020.

As of its last financial filings, MGW has only $180k in cash, which means it doesn’t have the cash to close that note.

Added to all of this, why would anyone grow hemp in a greenhouse if they’re permitted to grow it outdoors? It’s California, for fuck’s sake, you can grow anything in that climate. Why would you restrict it to the 7k sq. ft you have undercover if you have a 20 acre agricultural site?

I have an answer: Because they’re not growing shit.

When MGW announced their plan to go hogwild for CBGs, their stock price jumped 10c, which was good for a whopping $15 million market cap jump.

That’s the plan, to rake the retail investor crowd for as long as they can. It’s always been the plan. They’ve never, ever, managed to do anything right at this company and yet, still, they’re always only one news release away from $15 million donated from your pockets to theirs.

Get it together, investors. You’re making it too easy for these nimrods.

FULL DISCLOSURE: Not a client, never will be a client, would burn it to the ground if I thought there was anything inside their facilities to actually burn.