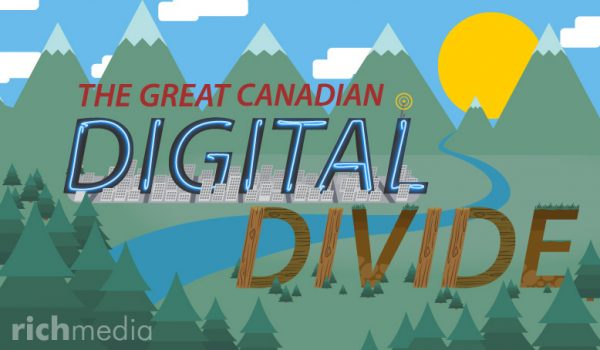 Cogeco Connexion, a subsidiary of Cogeco Communications (CCA.T) has been awarded $6.7 million by the Southwestern Integrated Fibre Technology (SWIFT) to connect 3,650 homes and businesses in Wellington and Lambton counties in Ontario to its networks, closing the digital divide a little more.

The bidding process was initiated by SWIFT, a regional broadband project initiated by the Western Ontario Wardens’ Caucus, to connect underserved and communities to the wider internet using fibre-optic technology.

“During the bidding process we had one objective: to connect residences, businesses, and public buildings, in underserved areas within these two counties to our best-in-class network technology. Cogeco Connexion is very proud to continue its market expansion in partnership with the SWIFT project, thereby adding to its network footprint to serve new customers” said Antoine Shiu, vice president, sales and marketing, and business solutions.

On December 21, 2016, the Canadian Radio-Television and Communications Commission (CRTC) ruled that all Canadians – including rural and remote communities – should have access to broadband Internet service. They also set new targets for these services:

Further to that point, without access to fast, unlimited, and reliable broadband, many communities and businesses aren’t able to compete locally or participate in the global economy. Sometimes, though, it’s not in the budget for big-name ISP’s to spread the wealth to neighbouring communities when there’s little payoff in return. The SWIFT initiatives goals include easing the financial burden on service providers to expand to underserved communities, therefore incentivizing said big-name ISP’s to do their part in closing the digital divide.

The SWIFT project was approved for funding up to $127.4 million under the New Building Canada Fund – Small Communities Fund, a joint federal and provincial infrastructure funding program. They also benefit from additional funding from their municipal partners and private sector investors to bring the total project investment to $209 million.

If it weren’t for SWIFT, then Cogeco wouldn’t be now investing an addition $2.9 million in Wellington to deploy fibre along 112 kilometers of underserved roads. This will connect 1,950 homes and businesses by mid-2021. Cogeco will also invest $2.7 million into Lambton Counties internet infrastructure, connecting 1,700 homes and businesses along 80 kilometres of underserved roads, all connected by mid-2021.

SWIFT does this by funnelling government and private sector investment into broadband infrastructure within its project region. The model ensures that funding goes to areas that don’t have access to the CRTC universal service objective of 50 Mbps download/10 Mbps upload for fixed broadband services.

People and businesses in both counties will have access to the full range of Cogeco’s services, including television, high speed internet with speeds up to 1GB, and unlimited downloads with most packages. Cogeco will be on the hook for ownership, building and daily operations of the new infrastructure, and SWIFT will enjoy 51% ownership of the funded asset for seven years. The infrastructure will be based on open access principles an dbe accessible to competing providers to introduce competition.

“Today’s announcement is aligned with Cogeco’s business objectives of expanding our services across Ontario and supports the Ontario and Canadian governments in their goal of connecting all Ontarians to high speed internet,” said Shiu.