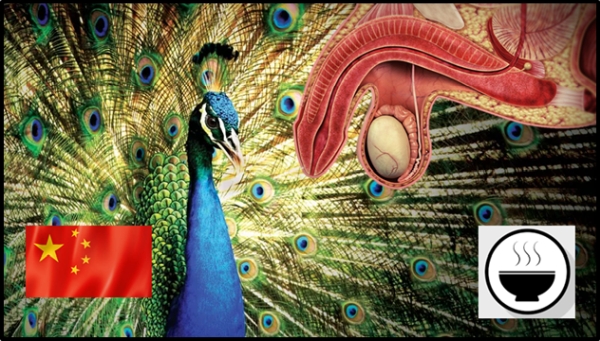 In the last week, the coronavirus has infected 4,515 people worldwide, killing 110 of them.

Despite the relatively low death toll from the contagious virus, international stock markets had a collective hissy fit – shedding $3 trillion.

The deadly corona virus has been traced to an outdoor market in Hubei province, Wuhan City in China which sells dozens of live wild animals—including bamboo rats, baby crocodiles, wolf-cubs, hedgehogs and peacocks.

Many Chinese men believe that peacock meat will make their penises hard.

To meet the demand, there are 65 peacock farms in China today, raising an estimated 120,000 peacocks for domestic consumption.

But farmed peacock is for plebs.

Scientists do not agree.

But even if the medicine is bollocks – in the affluent suburbs of Wuhan serving wild peacock soup is a powerful way to signal your wealth.

“Beijing now faces uncomfortable questions over its failure to clean up the wildlife trade in recent years,” stated The Wall Street Journal.

There is a call in China for a permanent ban on wild meat, but rich people hate this idea.

“This incident should be used as an opportunity to rectify the chaos in China’s wildlife trade”, declared a petition signed by 19 prominent Chinese scientists.

This weekend, Beijing imposed a temporary nationwide ban on the trade of wild animals. The Chinese government did the same thing in 2002 after the SARS outbreak was determined to have originated in bats.

Biologists have determined that SARS-type coronaviruses reside naturally in bats but can easily jump to other hosts, mutating along the way, especially in outdoor markets where species, including humans, mingle.

“This coronavirus is a wildlife-origin virus” confirmed Peter Daszak, President of EcoHealth Alliance, “This is déjà vu all over again.”

“Freshly slaughtered, frozen and delivered to your door,” the vendor boasted. 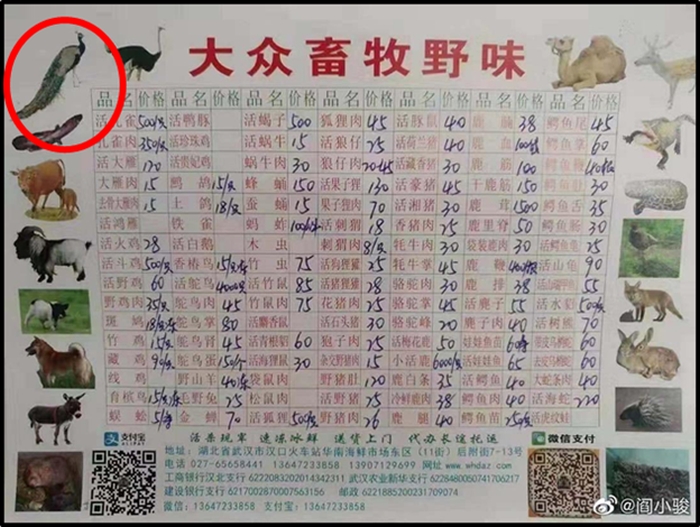 The US State Department has issued a Level 3 travel warning, telling its citizens to “reconsider travel to China as the Wuhan coronavirus spreads in the world”.

“We are in very close communication with China concerning the virus,” Tweeted impeached U.S. President Trump, “We have offered China and President Xi (Jinping) any help that is necessary. Our experts are extraordinary!” 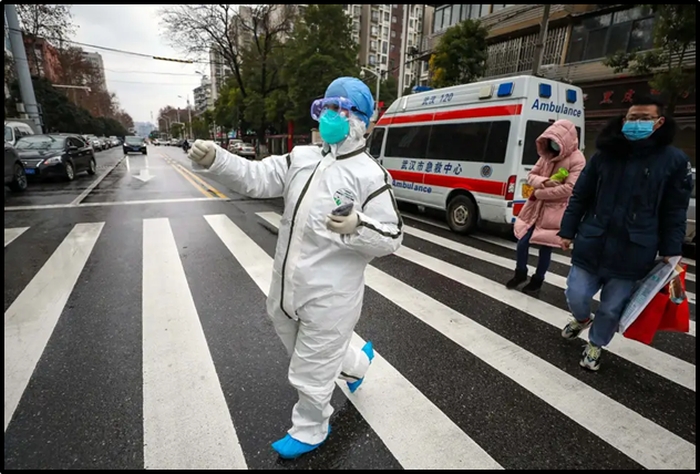 My communist Chinese wife is a Hubei, Yichang resident who has introduced me to many other communists.

She was scheduled to land in Vancouver today, but five days ago cancelled the trip out of concern for her parents’ emotional well-being, and fear of bringing the virus to Canada. 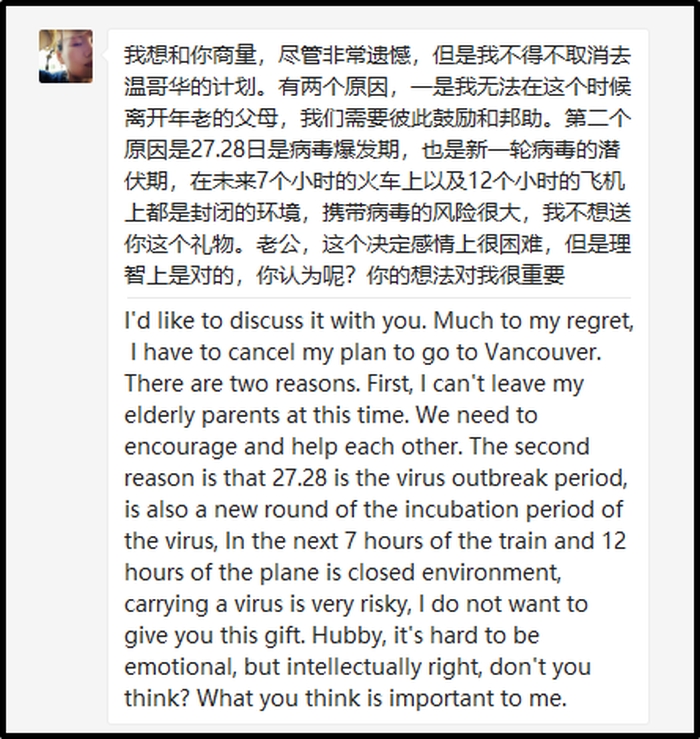 48 hours later, Yichang recorded its first and only fatality, and the city was immediately put on lock down.

President Xi has asked the people of Yichang to avoid congregating in groups, and requested that no-one enter or leave the city.

That’s all it takes.

There’s no army to enforce the edict.

In my wife’s social circle, President Xi is deeply respected, and they do what he asks.

As you can see, the streets of Yichang are now deserted. 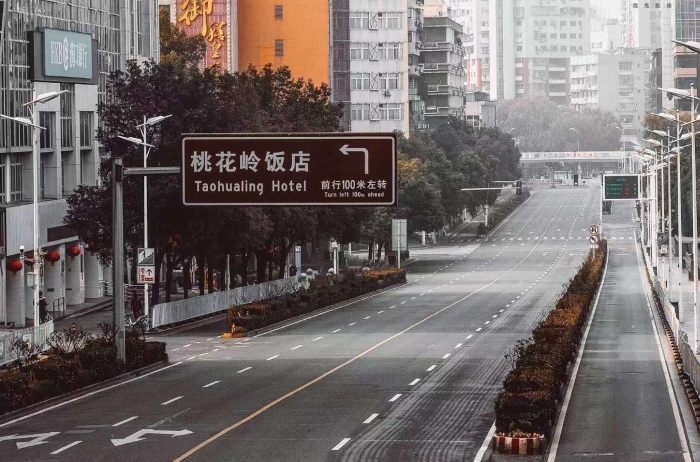 It’s Chinese New Year.  My wife’s house is normally jammed with friends and family.  But for the sixth straight day, she is alone.  This morning she performed a “Dance of Encouragement” for her 5,000 We Chat followers entitled “Let’s Be Strong”.

If Vancouver had experienced a single virus fatality and Prime Minister Trudeau told Vancouverites, “Don’t leave your homes” – would most people obey him?

Based on the total $3 trillion hit global markets have taken in the last week, each coronavirus fatality is currently valued at negative $30 billion.

We can curse the Chinese people for believing that wild peacock meat will give them sexual vitality.

We can also thank them for a community-minded response to this potentially serious health problem.