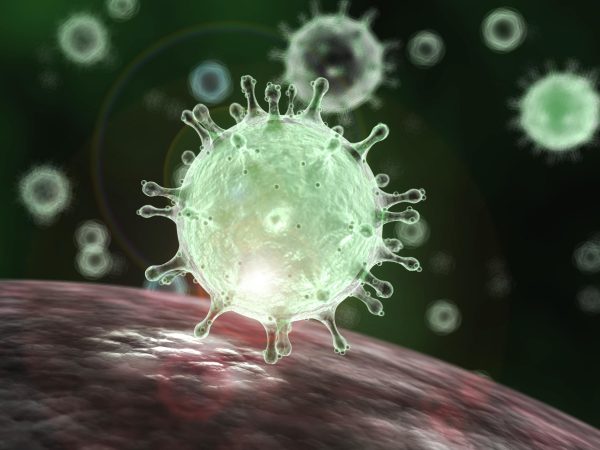 The first time we dealt with a coronavirus I was a lonely college student in Oshawa, Ontario and folks around me thought briefly that the world was coming to an end.

They’d read The Stand and thought they knew the deal. The reality was honestly a lot different. Kids in their early twenties always think they have all the answers, and even then I was sure that the SARS virus was going to pass us by. It did in the end. Within a week of the SARS outbreak in Toronto, the forces of government had converged and quarantined and eliminated the threat. The gates of the city opened, the trains started rolling at their scheduled times and we breathed a collective sigh of relief.

It’s hard to accept that we’re a few sleepy TSA employees away from a global pandemic, but you only have to look to the most recent news about the Wuhan coronavirus for an example. The death toll is presently 26 people at the time of writing, and the amount otherwise incapacitated is in triple-digits. It’s also wrong to think of this virus as one of those events which happens over there. Especially now that the first incidence of the coronavirus has been found, isolated and quarantined in Washington State and another in Chicago, Illinois.

That’s a death-rate of 1 in 50, or one person out of every fifty who contract the virus will die. On paper, that seems terrifying, but numbers don’t tell the whole story. There’s a vast difference in our understanding of how these things operate, spread and propagate between now and then. There’s also the prospect that we haven’t just emerged from a world-spanning war that would give this virus an adequate historical timeframe of post-war poverty to propagate itself.

According to the Centers for Disease Control and Prevention (CDC), coronaviruses are a large family of viruses that can cause respiratory illnesses like the common cold. They’re the reason your nose gets stuffy and your chest feels like it’s full of a lead weight in the winter, but these symptoms are usually the milder derivations. They can still kill you, but modern medicine mostly has them under control.

Then there are SARS and MERS.

SARS stands for Serious Acute Respiratory Syndrome and MERS is the acronym given to Middle Eastern Respiratory Syndrome. They’re considerably worse. The Wuhan virus is in that category. The first cases of the pneumonia-like virus were reported in Wuhan, China on Dec. 31, 2019. Since then, the virus has spread to nine other countries.

Normally, we think of this type of event as being handled by the public sector, and we’re wrong. SARS and MERS were both contained with the assistance of both the public and private sectors, with the World Health Organization (WHO) running point while companies offer the use of equipment and expertise to deal with the threat. This coronavirus is no different.

Take, for example, Inovio Pharmaceuticals (INO.Q), which was awarded a grant of up to $9 million by the Coalition for Epidemic Preparedness Innovations (CEPI) yesterday, to develop a vaccine for the coronavirus. The CEPI funding will support Inovio’s preclinical and clinical development through Phase 1 human testing of INO-4800, the new coronavirus vaccine matched to the outbreak strain.

The company was first on the front lines against the MERS coronavirus and Lassa fever, having been awarded a $56 million grant for the development of vaccines against both.

“We’re extremely honored to expand our partnership with CEPI to tackle this new threat to global public health. Our DNA medicine platform represents the best modern day approach to combatting emerging pandemics. We have already demonstrated positive clinical outcomes with our vaccine against MERS-CoV, another coronavirus. Importantly, following the Zika viral infection outbreak, Inovio and our partners developed a vaccine that went from bench to human testing in just seven months – the fastest vaccine development on record in recent decades. We believe we can further improve upon this accelerated timeline to meet the current challenge of the emerging coronavirus 2019-nCoV,” according to Dr. J. Joseph Kim, president and CEO of Inovio.

Inovio’s collaborators in this coronavirus vaccine development include the Wistar Institute, a subsidiary of GeneOne Life Science (KSE: 011000), and Twist Bioscience (TWST.Q).

Inovio and their collaborators are likely only the first in a series of public private partnerships to fight this growing disease. WHO is working with their networks of researchers and other experts to coordinate global work on surveillance, epidemiology, modelling, diagnostics, clinical care and treatment, and other ways to identify, manage the disease and limit onward transmission.

NanoViricides does not develop vaccines. They’re involved in developing drugs to treat the virus or viral disease.

“In sporadic outbreaks, vaccines are not useful for many reasons, including the fact that they cannot be developed sufficiently rapidly in the quantities needed to treat large numbers of people, and associated logistics. Our technology enables the development of a drug against a new virus rather quickly,” said Dr. Anil Diwan, PhD of NanoViricides.

The company was active during the MERS and 2014-2015 Ebola outbreak, tasked with developing drugs against those viruses. Dr. Diwan believes that some of the drugs they developed to combat those viruses could have some utility against the Wuhan coronavirus.

Moving aside from drugs to help fight the virus, Aethlon Medical (AEMD.Q) makes a medical device called the Hemopurifier, which is designed to quickly eliminate viral pathogens from the circulatory system. The company is on record in 2016 for having said they could remove the MERS coronavirus from the bloodstream.

So far, pre-clinical studies have validated the broad spectrum capture of numerous viral threats, including Chikungunya, Dengue and West Nile virus, as well as Vaccinia and Monkey pox, which serve as models for human Smallpox infection. The company has also captured H5N1 avian flu, H1N1 swine flu and the reconstructed 1918 influenza virus, and there are other studies with other viral threats presently being conducted.

We’re in the early stages of this virus. The map shared above has the closest red dot as being in Seattle, a gentleman having returned from a trip to mainland China and brought the virus home with him. But the CDC has him under quarantine and there’s every possibility that this will blow over like SARS did.

If it doesn’t then stop by my tent and drinks are on me. 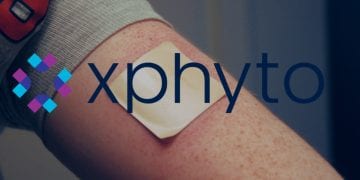 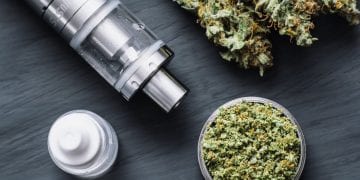