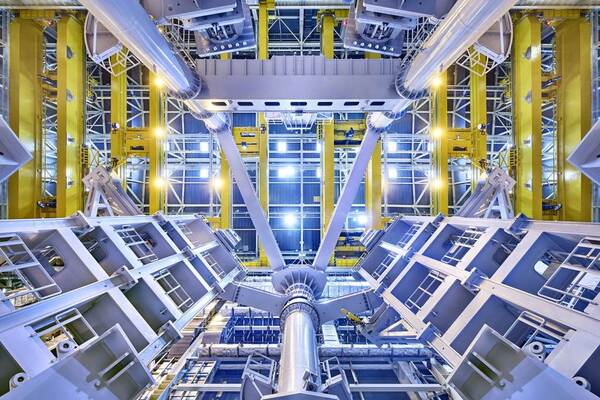 There are two ways to trigger a nuclear reaction: Fission and Fusion. If you’re already aware of the distinction between the two—if you don’t need a science lesson…

It was way back in a sixth-grade science class when I first learned the difference between fission and fusion.

Both are nuclear reactions that produce energy, but they are not the same.

“Fission is the splitting of a heavy, unstable nucleus into two lighter nuclei, and fusion is the process where two light nuclei combine together releasing vast amounts of energy.”

An atom’s nucleus (core) is made up of protons and neutrons orbited by electrons.

Tremendous energy is concentrated in the bonds that hold the nucleus together.

When these bonds are broken, energy is released. 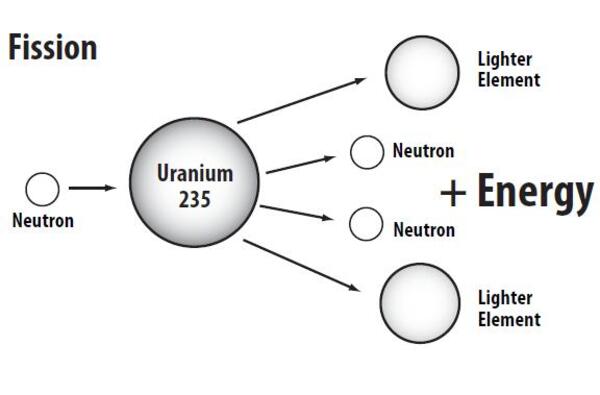 Nuclear power plants are in the business of split uranium atoms. It all begins begins when a neutron collides with a uranium atom, splitting it in two. The collision, producing energy in the form of heat and radiation, releases more neutrons creating a processional effect as they collide with other atoms. This is what’s known as a nuclear chain reaction.

Obviously, those running these facilities are tasked with carefully, cautiously controlling the chain reaction to produce the desired amount of energy.

The problem with fission is the toxic waste—the spent fuel left over after the big show. This waste is dangerously radioactive and remains so for thousands of years.

How dangerous? if you were to stand too close to the stuff after it emerges from the reactor, it would deliver a dose of radioactivity that would kill your dumb ass in a matter of days (why would you be loitering in a nuclear reactor in the first place?)

As you can imagine, there’s a whole production surrounding the handling and storage of spent fuel. Normally, it’s submerged in H2O for a few years until there’s sufficient radiation decay. Then it’s tombed in concrete laden casks and delivered deep underground.

The sun would erase the problem if only we could trust our rocket technology 100%—any mishaps during the launch sequence would render a very large area, very uninhabitable, in a very short time.

Some call fusion our “energy hope for the future”.

Fusion is everything. Without it, there would be no life on Earth.

Fusion works on the principle of casting lighter elements together to form heavier ones. When hydrogen atoms are subjected to sufficient pressure, they fuse together to make helium liberating terrific amounts of energy in the process.

The light and warmth generated by our sun is the ultimate form of fusion: hydrogen nuclei collide and fuse into heavier helium atoms that release planet-nurturing / life-sustaining energy.

If we could replicate the energy-producing prowess of our sun, it would solve ALL of our energy needs.

But that may be about to change, and the timing couldn’t be better.

The International Thermonuclear Experimental Reactor—ITER for short—is considered one of the most ambitious energy projects in the world today.

Based in the south of France, ITER is a collaboration of 35 nations pushing to develop the world’s largest tokamak—a magnetic fusion device designed to prove the feasibility of fusion as a large-scale, carbon-free source of energy.

An efficient, carbon-free technology that produces an almost limitless amount of power…

“Thousands of engineers and scientists have contributed to the design of ITER since the idea for an international joint experiment in fusion was first launched in 1985. The ITER Members—China, the European Union, India, Japan, Korea, Russia and the United States—are now engaged in a 35-year collaboration to build and operate the ITER experimental device, and together bring fusion to the point where a demonstration fusion reactor can be designed.”

I wasn’t even aware that such collaboration among nations existed. I credit poster @Rumi over at Tommy Humphreys’ ceo.ca for taking the time to clue us in.

All efforts converging toward the start of machine assembly

Construction Europe Magazine re VINCI’s progress on the project:

“Now that all civil engineering operations have been completed, assembly of the machinery itself can begin, which will include a million high-tech components from all over the world.”

“ITER is a one-of-a-kind research programme in terms of its complexity, precision and size. It is an extraordinary human undertaking, but also a huge technical challenge, and we were constantly called on to innovate and expand our expertise. With ITER, we are humbly helping to implement one of the greatest and most ambitious energy projects of our time, designed to make electricity available throughout the world without CO2 emissions or radiological risk. For us, as a builder, it is a matter of great pride to have laid the cornerstone of a structure of such importance to humanity.”

Generally speaking, the private sector is where you find the greatest innovation, speed, and efficiency where new technologies are concerned. It’s where the biggest bang for the buck is realized.

On that front, and on this side of the pond, MIT and Commonwealth Fusion Systems (CFS) are hot on the heels of what they believe is “the surest path to limitless, clean, fusion energy.”

Commonwealth (a private company spun out from MIT) and MIT’s Plasma Science and Fusion Center believe their dream of nuclear fusion is on the brink of being realized and will put fusion power on the grid within 15 years.

This project is also very real.

“Leveraging decades of MIT-led research, CFS will produce first-of-its-kind high-temperature superconductor magnets to build smaller and lower-cost fusion power plants. This funding will allow CFS to demonstrate its magnet technology at full scale. CFS in collaboration with MIT’s Plasma Science and Fusion Center will use these magnets to build SPARC by 2025 and demonstrate net energy gain from fusion for the first time in history. SPARC will pave the way for the first commercially viable fusion power plant called ARC, which will produce fusion power onto the grid.”

Steve Jurvetson, CEO of Future Ventures, one of the participants in this recent $115M raise:

“We have been looking for the right clean energy investment opportunity in fusion for the past 20 years. We wanted a company that was ready to make a business of fusion and we have finally found it with Commonwealth Fusion Systems. The hard science from which their approach is based has been proven by this team as well as leaders in the field around the world. With some clever engineering, CFS is ready to harness the power of the solar cycle to change the world and usher in the era of clean baseload energy generation for the betterment of all.”

“This visionary group of investors share our mission of revolutionizing the energy landscape with a fundamentally new power source to meet our global demands and combat climate change. CFS is on track to commercialize fusion and deliver an inherently safe, globally scalable, carbon-free, and limitless energy source.”

Be bold and mighty forces will come to your aid.

Getting back to my sixth-grade science class, after the difference between the two nuclear reactions was explained, it seemed like a no-brainer to my classmates and me – “Ya, let’s go with fusion, man! Why don’t we just go with fusion!? What the hell are we waiting for… man!?”