On January 22, 2020 Gaia Grow (GAIA.V) announced that “one of the largest hemp processors in Canada” has initiated a purchase order for “a truck load of biomass”.

This is the second stage in a three-part courtship.  A few weeks ago, the hemp distributer ran tests on a single bale.

“Provided another successful run, the processor has committed to purchasing a large portion immediately after,” stated Gaia, “Following this initial step, the company expects that this will be a long term and recurring business relationship.”

Gaia has 1,494 acres growing in southern Alberta, an area equivalent to 1,100 football fields. 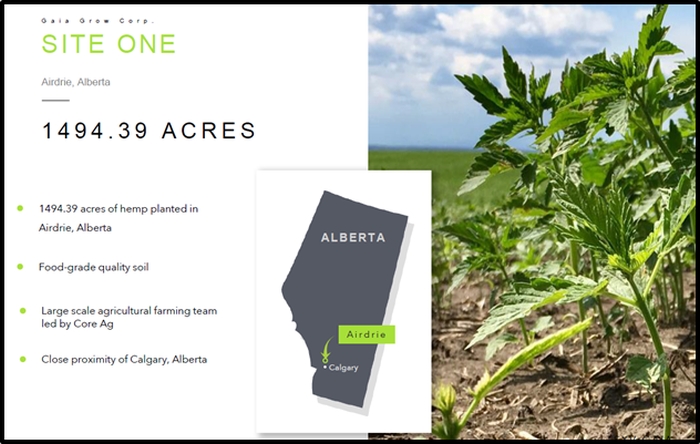 Why is the hemp processor “testing” Gaia’s product?

Growing hemp is not like growing tulips, where your can stare at (and smell) the plant and declare, “that is beautiful and perfect.”

The challenge is to simultaneously keep the CBD content high and the THC content low (they tend to creep up together).

Examples of derivatives that are considered industrial hemp include: hemp seed oil (oil derived from seed or grain) and hemp flour.

No person can advertise industrial hemp, its derivatives, or any product made from those derivatives to imply that it is psychoactive – meaning that it could affect the mind or the behavior of the person consuming it. – Health Canada

Growing hemp that can’t get you high may seem like a basic agricultural task, but hemp growers, particularly south of the border, have been regularly failing to do that.

Arizona’s Plant Services Division recently reported that 41% of the plants it analyzed failed to keep THC levels below the 0.3 per cent.”

“That [failure rate] is off the charts,” stated Sully Sullivan, boss of the Hemp Industry Trade Association of Arizona, “I’m taken aback by that.”

Farmers are required to destroy any crops that run too hot, a huge financial setback that has prompted many growers to pay for periodic independent testing to ensure that THC levels remain under control.

One Arizona farmer, Dustin Shill, said he recently spent USD $12,000 for a batch of 10 THC-content tests.

“It’s a high-risk deal,” confirmed Shill, “The THC and CBD go hand-in-hand. When it’s going up, THC is going up, so it’s a fine line to determine when it’s ready.”

“The failure rate is not unexpected based on anecdotal information from around the country regarding variable seed quality and genetic expression, for THC content, between the varieties planted,” stated John Caravetta Associate Director of the Plant Service Division.

Hemp’s coveted bi-product CBD has experienced an accelerated consumer adoption-cycle – moving from health fad, to accepted medicine, to mainstream usage in the flutter of a humming bird’s wings. 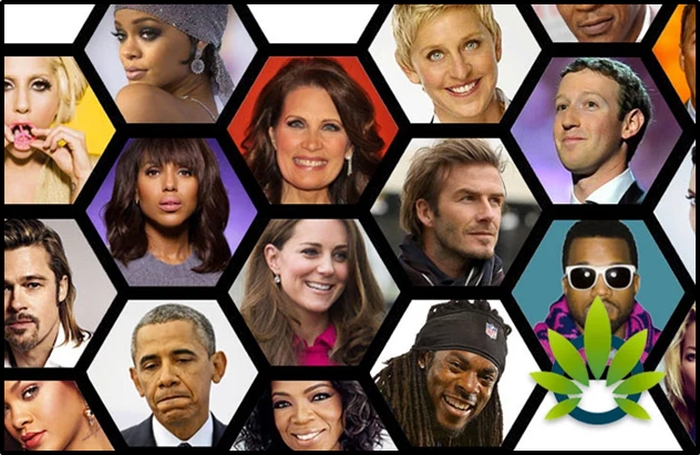 Archeologists in Turkey have found hemp fabric dating back to 8,000 BC. From 1631 to the early 1800s, hemp was legal tender (money) in most of the Americas.

In this August, 2019 Equity Guru podcast, Frederick Pels, the CEO of Gaia Grow, spoke with Equity.Guru’s Guy Bennett about crop insurance and the development of off-take partners “to ensure a successful sale and extraction process of the harvest.”

“Various other offtake negotiations have also been maturing and similar results are expected moving forward,” stated Gaia on January 22, 2020, “Further contracts are expected to be completed imminently. Gaia has a quality product and timing is favorable to achieve a complete and total sale of our first crop.”

“We have been dedicated to delivering results to our shareholders since day one,” stated Pels, “We have a clear path to revenue and are looking forward to continuing to build shareholder value with solid business principles and industry innovation.”

Gaia stated that it will provide further details of the transaction with the “large hemp processor” once a bulk deal has been finalized.