Naturally Splendid (NSP.V) puts off chaotic cannabis 2.0 for now to focus on nutritional bars and bites 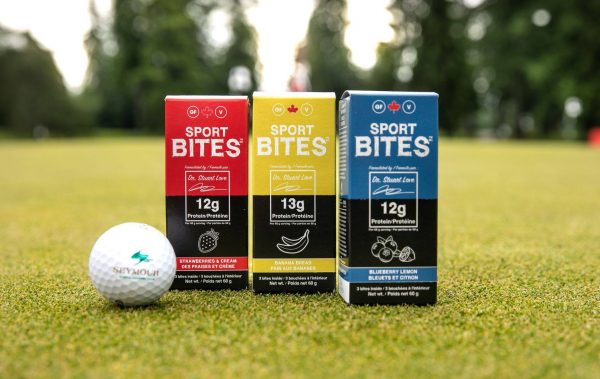 If you’re anything like Naturally Splendid (NSP.V) then you’re not exactly enthusiastic about the cannabis 2.0 market’s chances, and you’re also fairly smart. So congrats on both of those.

Here’s a little something from one of their press releases:

“We remain confident the edibles market will continue to evolve into a lucrative opportunity. However, that market continues to be challenged by restrictive marketing and distribution regulations.”

So just like last year then. Except Naturally Splendid is one of those companies that learns from history, and presumably refuses to make the same mistakes as other companies did last year. They’re not placing heavy bets on green this year, but instead spreading their stake around in multiple different places to bring in a wider revenue-clawback.

Naturally Splendid derives the majority of its revenue from manufacturing nutritional bars and bites from mainly plant-based ingredients at their manufacturing facility. Purchase orders in January have already topped CAD$300,000. Let’s not mince words: the company is waiting on getting into the cannabis edibles market until the government overreach and the bullshit companies involved have beaten the market into submission, and then they’re going to dip their toes in and see if it’s worth going for a swim.

“The company continues to focus on increasing our nutritional, plant-based bars and bites business by expanding production capacity and efficiencies at our SQF2 food manufacturing facility. This past December, the investment firm UBS, reported the plant-based nutrition market to be $4B USD in 2018, growing to $88B USD by 2030,” said J. Craig Goodwin, CEO of Naturally Splendid.

When compared to the projections for the edibles market, the plant-based nutrition prospects show current mid-term and long term growth. So why would a company diversify into a heavily regulated, insecure market when their proven products are busy making money? It’s not that the company is leaving edibles behind entirely. Their strategy actually incorporates their plant-based business with CBD edibles eventually, and their food manufacturers using plant-based ingredients will help them secure business in the market. You know. Eventually.

The company has several brands that have already launched into a variety of markets through a network of national food brokers and distributors across Canada, and has several products due to be launched for 2020 starting in Q1 at the Canadian Health Food Association Expo West tradeshow.

I know. Strange bedfellows. Nobody looks down the stretch of a par 4 and thinks they’ll need an energy bar after this one. But alas, there’s some synergy here. For example, the company has pushed their Natera Sport Bites product into some heavy exposure due to its association with the PGA of BC Sponsorship Program last year. Now the company is looking forward to watching its subsidiary, Natera Sport, continue to rake in the revenue as the season kicks off for 2020. Their Natera Sport Key-To-Life keto friendly bars area already being sold in over 2,000 retail stores in Canada.

The company’s energy bites have also been featured in Golf Magazine twice in the last six months of 2019, which is a potential exposure of over 15 million people per month. That’s not nothing. The bites will also be featured in the Genesis Invitation PGA Tournament hosted by Tiger Woods in February, and part of the strategy is to launch this line into the US golf market.

The Woods Wild Bar is their mushroom fortified active lifestyle bar. That’s a mouthful to say, and likely to eat as well. The company tried out several strategic test launches in 2019, and will be actively launching the bar at the Canadian Health Food Association Expo West in February. They anticipate a similar positive response from the same two thousand retailers that are already carrying their products.

So they have products with high visibility already, and on a trajectory to acquire more while bringing in revenue. The cannabis 2.0 is fraught with issues that will bog the company down when they could be focusing on their already successful products. Now they’re intending on slowing their roll on their cannabis 2.0 products to give the market a chance to iron out the wrinkles.

(Eds note: Originally, we wrote about Naturally Splendid’s product and subsidiary as Natura Sport. That was wrong and we have corrected the mistake to Natera Sport.  We regret the error.)