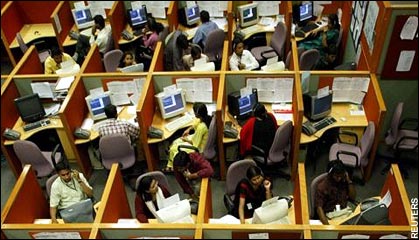 There isn’t much in St. Catharines, Ontario. It’s a quiet, often quaint suburb of Niagara Falls. General Motors (GM.NYSE) Canadian subsidiary basically kept it afloat for most of its life, and when the work dried up, so did the majority of the city’s industry. It slumped into disrepair and is now considered the poorest and fattest city in Ontario, as reported by CTV, the CBC and The Globe and Mail.

In the interests of full disclosure, I grew up in Ontario. Not specifically St. Catharines, but somewhere definitely like it, and this fat and poor issue is a common trend throughout most of the province. It’s just that outside of the Greater Toronto Area there’s a scarcity of quality work. The North America Free Trade Agreement (NAFTA) opened up a gap in the Canadian workforce and then tried to fill it with call centres, which they then realized they could get cheaper by outsourcing to India and Bangladesh, driving prices down even further.

So when there’s only underpaying bullshit jobs available, there’s neither incentive or energy left to make anything of yourself—so life becomes the bottle, a steady stream of ramen noodles, a revolving door of romantic partners, the occasional ordered pizza, and hoping for a better life for your kids. We can blame NAFTA all we like for opening doors to greener pastures and pushing companies through them, but that’s only part of the problem.

It’s a sad fact of living in this 21st Century economy that you have to take what you can get, and make the most of it. Our politicians sold the next generation’s future prosperity to the highest bidder long before they were born. Most people should consider themselves lucky to have call centre jobs, because at least they provide opportunities for advancement, and if you get in with the right company, may even fund some of your tuition should you decide to go back to school.

To that effect, Accenture (ACN.NYSE) has opened an intelligent operations centre in the Niagara region to serve as its hub for the newly launched intelligent sales and customer operations business.

Their new building in downtown St. Catharines offers 68,000 square feet of space for what they call their ‘intelligent operations centre,’ which is fancy-speak for call centre. They’re already in Thorold, Ontario and Fredericton, New Brunswick doing the same thing. Their arrival will bring another 100 local jobs by 2021 to provide customer support for marketing, sales, customer care and IT support.

He means it and if he doesn’t, he’d better learn.

At that average earnings rate we have a lot of convenience stores and retail.

Then there’s the perks. For most of us living in big cities, companies have to offer either high pay or some other variety of incentive towards employee retention. But for cities like St. Catharines, the notion of a company with perks usually ends up a hotspot for applications, and the people who do get the jobs offered are considered lucky. These places have unusually high attrition rates, owing to the hours, stagnant pay and psychological demands of the job.

Accenture promises to be different, though. They were named one of Canada’s Top 100 Employers for the 10th consecutive year because of their employee-centric focus. They offer sit-to-stand desks, two wellness rooms, a mothers’ room, a meditation and prayer room with a foot washing station, a cafe and green areas. There’s also treadmills, an area for yoga and Zumba classes, and a games room with ping pong, air hockey and a pool table.

Call centres tend to help put on the pounds and exercise amenities are a nice touch, but what they say to me if I were a potential employee are that these are a tradeoff for the demands of the job, and the weak raise structure. If I could advise anyone in getting one of these jobs (and I’ve had several) it would be to go in everyday, do the job to the best of your ability, gather any and all skills you can leverage for the future, and take advantage of any perks (like reimbursed tuition) and then leave it behind you before the company shuts their doors and leaves you behind.

The days of employee loyalty are over. 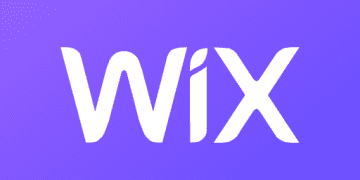