Gold (GLD.NYSE): Is the U.S. too broke to fight another war? 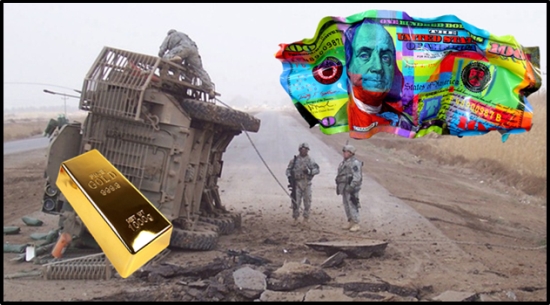 A Brown University research report, estimates the financial cost of “misadventures in the Middle East since 9/11” at $6.4 trillion.

“These wars have killed 801,000 people, including 335,000 civilians and have forced 21 million men, women, and children to flee their homes,” stated the report.

Anyone who has lost a child knows that the human/emotional costs are impossible to calculate.

So, let’s just focus on the numbers.

Taxpayers can’t pay that bill.  The U.S. government has borrowed the money to fund these “misadventures”.

At various points in the last two weeks, the U.S. appears to be on the brink of a new war with Iran.

Wars – or the threat of them – often catalyse upward movement in gold prices.

On January 3, 2020, “At the direction of the President, the US military used a drone strike to kill the beloved Iranian General, Qasem Soleimani.”

After the surgical illimitation of the soft-spoken general, millions of Iranians flooded the streets, joined arms, kissed local policemen and chanted melodically, “Death to America!”

“America and Zionists should know that my father’s martyrdom will bring about dark days for them,” she declared before adding that she intended to “flatten their spiderwebs.”

Anyone who has had their spiderweb forcibly flattened, knows how unpleasant this can be.

“The families of the American soldiers will spend their days waiting for the death of their children,” Zeinab said, to deafening roars of approval.

At 6 p.m. the White House announced that President Trump would address the nation.

At 6:45 p.m., the White House issued a correction: the 73-year-old President would not be addressing anyone – including his poker-faced wife Melania or his poker-faced Senior Military Advisor, Ivanka. 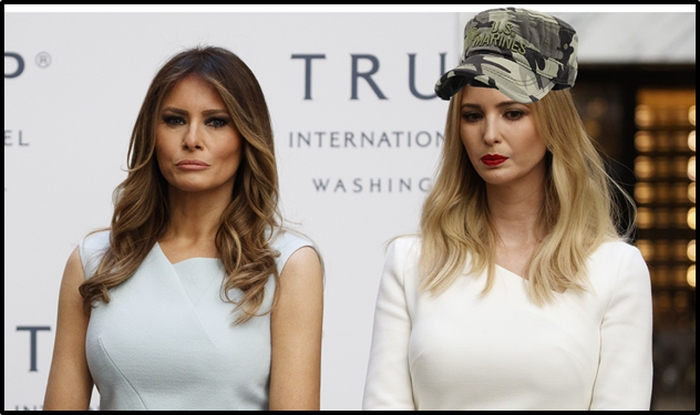 “To the Great Satan, we warn that if you repeat your wickedness,” stated the Islamic Revolutionary Guards Corps late Tuesday night, “We will respond with more painful and crushing responses.”

In Tehran, the coffee houses quickly filled with throngs of politically energised young Iranians, many of them pledging to join the armed struggle against Trump’s imperial forces.

In Manhattan, the #1 trending twitter hashtag was #JeopardyGOAT – a reference to the most successful participants in a 56-year-old game show.

“Ken Jennings came in and said u hoes forgot who really runs this shit,” observed Twitter user, Public Enemy, as news of the missile strike hit the newswires, “Y’all better put some RESPEK on his name #JeopardyGOAT.”

The next day – Wednesday, January 8, 2020 – Trump – reciting from a teleprompter – said: “Iran appears to be standing down, which is a good thing for all parties concerned.”

The Iranian missile strikes on the military base didn’t kill anyone.

During the kerfuffle, the Iranian government accidentally shot down a Ukrainian passenger jet, killing all 176 people on board – including 57 Canadians.

Pro and anti-government protesters filled the streets in Tehran.

“The government of Iran must allow human rights groups to monitor and report,” warned Trump, “There cannot be another massacre of peaceful protesters, nor an internet shutdown. The world is watching.”

“I’ve stood with you since the beginning of my Presidency,” added Trump to the Iranian protesters, “We are following your protests closely, and are inspired by your courage.” 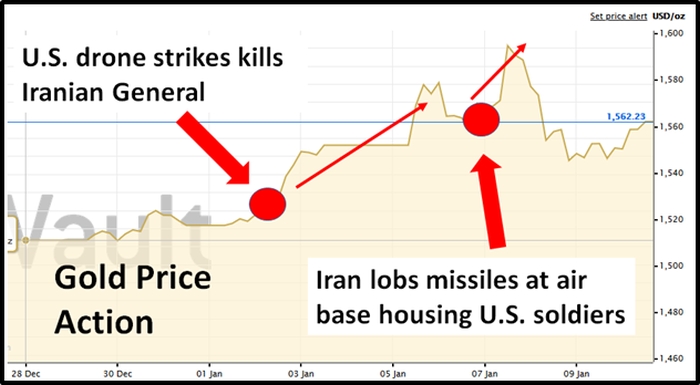 According to an ABC News/Ipsos poll conducted on January 11, 2019 – 56% of Americans stated that they disapprove of the way Trump is dealing with escalating tensions with Iran while 43% said they approved.

A total of 94% of Democrats and 52% of Republicans said they were either very concerned or somewhat concerned about the potential of another conflict in the Middle East.

This month, we’ve been reminded that the short-term price of gold futures is a proxy gauge of political unrest.

95 million Americans above the age of 16 are out of the workforce.

There’s lots of borrowed money sloshing around to stimulate consumption.

The U.S. does not have the financial resources to fight another full-scale war.