Abbott Laboratories (ABT.NYSE) gets to the heart of the matter with new FDA approval 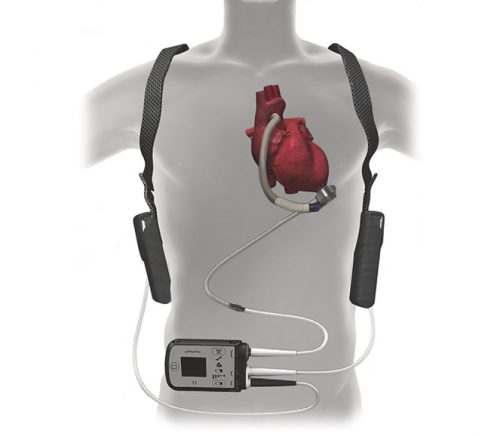 Let’s consider first that 615,000 people in the United States are living with heart failure and nearly 40% are considered too old for traditional therapy. Heart pumps are small implantable mechanical devices that pump blood through the body in people whose hearts are too weak to do the job. People living with a heart pump are often waiting on a heart transplant, or may not be candidates for a transplant and will use that device every day for the rest of their lives.

The new approach is less invasive and designed to provide surgeons a choice in surgical method for patients receiving the HeartMate 3 Left Ventricle Assist Device (LVAD).

“This is a significant advancement for patients who can now receive a life-saving LVAD through an alternative procedure that can yield shorter hospital stays and a faster recovery. Heart failure is a crippling and costly disease so being able to offer patients the HeartMate 3 heart pump with this less-invasive approach gives them the opportunity to return to a better quality of life more quickly,” said heart transplant surgeon Igor Gosev, M.D., University of Rochester Medical Center in Rochester, New York.

The cliché is that the best way to a person’s (normally a man’s) heart is through their stomach. But that just seems excessively messy and unnecessary. Clearly, the best way is through the rib cage and that’s traditionally how heart pumps have been implanted—through open heart surgery. The new technique allows the device to be implanted via lateral thoracotomy—which is a surgical approach where an incision is made between a patient’s ribs to access the heart.

The approval is based on two studies: ELEVATE and the LAT Feasibility study.

Elevate is a multi-centre, voluntary, observational registry collecting post-marketing data, and LAT is a single arm, prospective, multicentre study. The results of the two trials discovered that bleeding (requiring surgery), infection and arrhythmias were lower in the group implanted via the less-invasive surgical approach rather than those who underwent heart surgery.

“The first approved LVAD—HeartMate I—was approved more than 25 years ago. Since that time, the technology has evolved immensely. Today’s HeartMate 3 device, including its design and size, allows physicians to successfully implant it without having to perform open heart surgery and offers survival rates, as demonstrated in the MOMENTUM 3 clinical trial, at two-years that are comparable to heart transplants,” said Robert L. Kormos, M.D., medical director for mechanical circulatory support at Abbott.

In other heart related news…

Heart issues have been with us for as long as we’ve had hearts. There’s a common strain of anxiety regularly bandied about by health food wonks looking to push their products that the modern world—with all of its focus on artificial this and lifestyle choice that—is toxic and slowly killing us. We’re supposedly suffering from new diseases that didn’t bother our ancestors because of side effects of living in our modern culture.

Granted, the best lies have a grain of truth—high fructose corn syrup is a stone cold killer, and if your lunch consists of BigMac meals and milkshakes, you’re not doing yourself any favours—but these are outliers. The truth is that with our infant mortality at the lowest rate, scientific and technological development regularly improves the lives of people all over the world, and the Gini coefficients of most developing countries showing improvement, we’re probably living in the best of all possible ages.

Did you know that you don’t need to take vitamins if you eat a balanced diet? Yeah. Your body will absorb everything it needs in the quantity it requires it from food. If I just saved you some money, you’re welcome.

How about omega 3 fatty acids? They could be next on the chopping block if what Doctor Gregory Thomas has found in Greenland turns out to be true.

Let’s back it up and discuss one of the main diseases omega 3’s are supposed to combat: atherosclerosis.

The disease is best characterized as a buildup of plaque in the walls of arteries and a leading cause of heart attacks. Closely associated with dietary excesses, it’s commonly touted to be diseases endemic to the modern world, and the discovery of its prevalence among people with healthy and hearty lifestyles would contract that dominant narrative.

Thomas is a medical director of MemorialCare Health and Vascular Institute in Southern California. Over the past few years he had a few fellow researchers have sought evidence of atherosclerosis—a build up of plaque in the walls of arteries and a leading cause of heat attacks—of Inuits from 500 years ago in Greenland.

The scans were done using high resolution computer tomography (CT) at Boston’s Brigham and Women’s Hospital on mummies aged 18-30 estimated from bone and dental development at time of death, and preserved at Peabody Museum of Archaeology and Ethnology. The scans discovered hardened calcium deposits in blood vessels of three of the four adults studied, which meant definitive signs of atherosclerosis in living humans and other mummies.

Inuits ate a high omega 3, fish oil type diet and were active, spending much of their day hunting in Greenland’s harsh environment, which is basically everything the modern theory suggests you should do to avoid atherosclerosis.

So much for your toxic modern world theory.

The finding of atherosclerosis as common in Inuits demonstrates that even if an omega 3 diets is preventive, it is not totally effective. So while we thought we had a handle on this whole faulty ticker problem that’s been plaguing us throughout evolutionary history, science has arisen once again to tell us we’re off our rocker.

At least we have a new heart pump for when nature finally catches up to us.