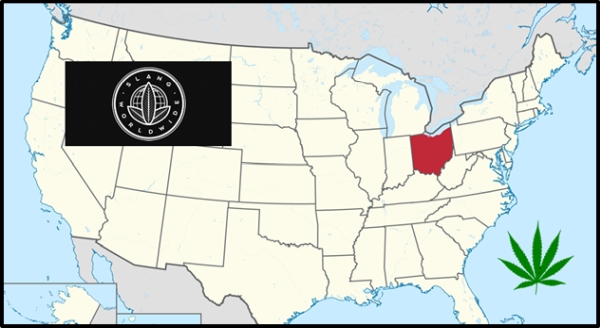 On January. 6, 2020 SLANG Worldwide (SLNG.C) announced that it is entering into of a licensing agreement with Standard Wellness.

We have a “vast portfolio of popular brands distributed in over 2,600 stores across the United States,” states SLANG, specializing “in acquiring and developing market-proven regional brands as well as launching innovative new brands to seize global market opportunities.” 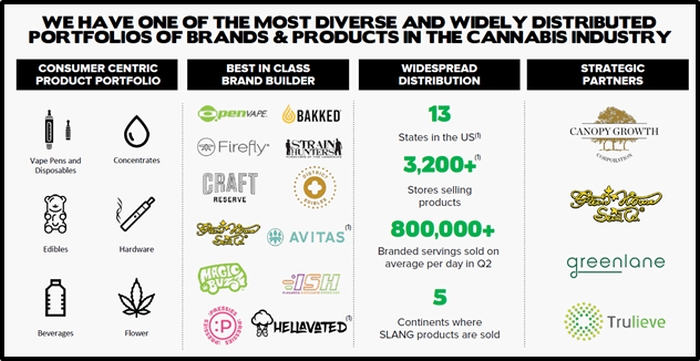 Standard Wellness is a fully integrated cannabis company involved in processing and production.  Located in Gibsonburg, Ohio (pop. 2,500), it currently distributes products to every medical cannabis dispensary in the state. It also operates a dispensary system, through its sister company The Forest Sandusky LLC.

This deal gives Standard Wellness an exclusive license to produce and distribute the SLANG product suite in Ohio, beginning with its category-leading O.penVAPE, Pressies, Bakked and District Edibles brands.

SLANG will derive revenue for each branded product sold in the state, with sales expected to begin in 2020.

“We strive to create brand awareness early and establish relationships with consumers in attractive, new cannabis markets,” stated SLANG CEO Peter Miller, who is focused on “discipline around capital efficiency.” 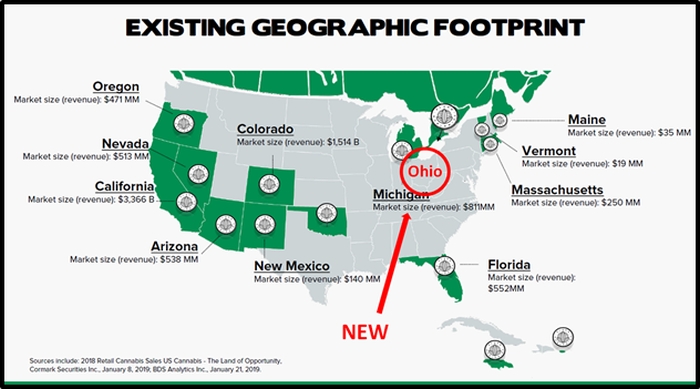 In 2015, a group of investors including an 81-year-old ex NBA player, Oscar Robertson, sponsored an initiative to legalize recreational marijuana in Ohio.  It was unsuccessful, gaining only 35% support at the polls, while failing to get an endorsement from the influential Marijuana Policy Project.

The following year, Ohio legalized the medical use of marijuana. The state also decriminalized the possession of recreational cannabis up to 100 grams.

“Many major cities in Ohio have relaxed their rules,” states 420 Investor Daily, “Dayton and Cincinnati eliminated all penalties on cannabis possession up to 100 grams.”

Despite this, in 2016 Ohio beat cops arrested 17,000 Ohio residents for possessing marijuana.

“With a raft of recent changes in state and local marijuana laws,” stated Fresh Water Cleveland, “many Ohio citizens are confused as to what is an arrestable offense and what isn’t.

The total market for medical cannabis sales in Ohio is expected to exceed USD $500 million by 2022, according to estimates published by Cormark Securities in January 2019. Ohio is the seventh largest state in the U.S. with a population of 11.7 million.

On November 26, 2019 SLANG announced that it had filed its financial results for the three and nine months ended Sept. 30, 2019, while also releasing details of a $15 million raise through a non-brokered private placement.

You can hear management discuss the Q3, 2019 financials on this conference call. 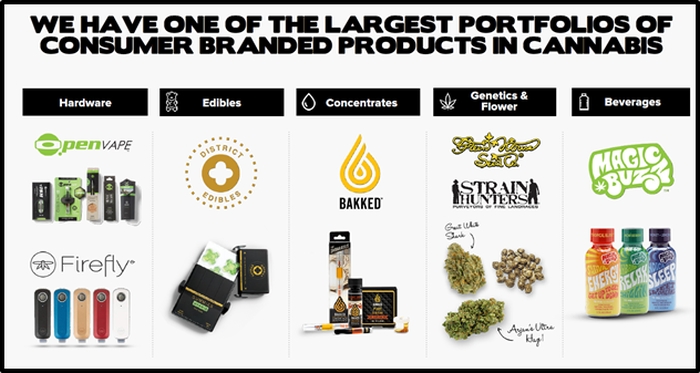 “Our strategy is to partner with leading brands to bring the finest quality cannabis products to patients in Ohio,” stated Standard Wellness CEO Jared Maloof. “Our agreement with SLANG will enable us to diversify our product portfolio with recognized brands and help fuel our continued growth.”