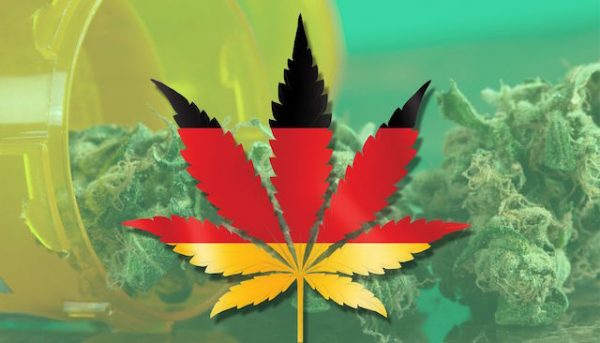 Farmako represents AgraFlora’s entrance into the revenue-loaded European medical cannabis market, with headquarters in Frankfurt, Germany and affiliated companies in the United Kingdom, Luxembourg and Denmark.

“The combined AgraFlora-Farmako entity will be equipped with world-class upstream cultivation assets, as well as highly efficient European downstream capabilities that will act as a beachhead into the 700-million-person European marketplace, as well as crystallize a defendable advantage within the edibles, cannabinoid-infused beverage and product formulation market verticals. Farmako’s first-mover advantage, coupled with their surgical execution and best-in-class operations within the German cannabis market, are further validated by this recent announcement,” said Brandon Boddy, chairman and CEO of Agraflora.

Germany revised their medical cannabis legislation in March 2017 to allow the country’s population access to alternative forms of therapy. This change ushered in exponential growth, and now ranks over 100,000 active patients, increasing from 800 in 2017. Cannabis market consultants, Prohibition Partners, has said that Germany will surpass one million eligible medical cannabis patients by 2024.

The medical cannabis market in Germany was estimated to be worth €73.7 million in 2018, a figure which is expected to rise dramatically over the coming years.

According to data gathered for The Germany Cannabis Report, Prohibition Partners predicts that by 2024, over a million German patients will have access to medical cannabis, and by 2028 the medical market alone will be worth €7.7 billion.

Throughout the 2019 fiscal year, Farmako drew in revenues in excess of $2,750,000 and succeeded in capturing an 8% share of Germany’s medical cannabis market. That’s not nothing. Their German distribution network also extends to over 20,000 pharmacies, meeting the demands of a patient population of over 100,000 people.

Here’s a list of the certification and distribution licences Farmako boasts:

Germany represents one of the ultimate global potentials for medical cannabis, due to:

German public health insurers, which provide coverage for 90% of the population, are mandated to provide coverage for up to 140 grams of cannabis medications per month. This makes Germany one of the most potentially valuable markets in Europe. At present, cannabis can only be sold through registered pharmacies, and there are approximately 20,000 of those in Germany.