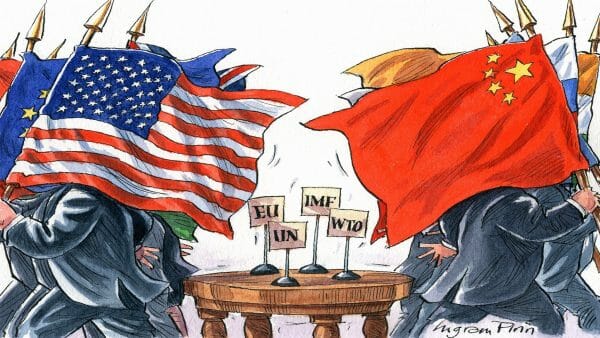 So here’s the thing: I think we’re in a classic game of Russian roulette. At this point in trade talks its really a matter of time before China and US finally admit to each other that they would rather engage in what is clearly a patter of self-destructive behaviour than come to a mutual agreement about any deal that might be on the table.

If there is one thing the Trump administration has mastered, it is the art of giving mixed signals. In this instance, there are mixed signals about the administration’s willingness to engage in a trade deal. Where China was expecting extra time, White House Trade Advisor Peter Navarro said he had “no indication” that tariffs set to take effect on Dec. 15 won’t happen.

Then you have the US Commerce Secretary Wilbur Ross, who told Fox that getting the right deal was important than getting a deal by December 15.

Both countries have incentives to work together on a deal, and enough time has passed that they are both aware of the kind of compromises that might be needed for agreement, yet none are willing to budge.

House Democrats have embraced the US Mexico – Canada trade agreement after key revisions were made, and have announced plans to vote on the deal next week. With a signed off NAFTA agreement, Trump will have another “accomplishment” under his belt.

“This is the day we have been waiting for,” Pelosi told reporters. “It is infinitely better than what was initially proposed by the administration.”

The President welcomed the finalized overhaul of NAFTA, that has now taken more than a year to be resolved right before another election.

The takeaway here is that deals can happen, but only when there is enough political motivation to make it happen. With virtually no ideological conflict with Canada and Mexico, there were enough incentives in place to put a deal together. With China, it’s a more nuanced power struggle that is the modern equivalent of mutually assured destruction.

Chevron Corp. expects to write down about $11 billion for the fourth quarter after a slump in oil prices. To protect itself, the firm is also considering the sale of its shale-gas holdings along with its natural gas project in Canada.

The firm announced today that it will keep its 2020 capital budget at $20billion, the third consecutive year it hasn’t boosted spending.

It’s been particularly hard for the sector in recent months as overproduction has flooded the market, driving prices down and eroding profit margins.

In this sense, willing to walk away from a potential deal, or selling one of your assets makes sense over the long term and is indicative of a certain kind of investing discipline that is imperative for long term success.

It’s the discipline that has led Chevron to outperform the S&P500 energy index this year. The stock closed at $117.89 at market close in the US. 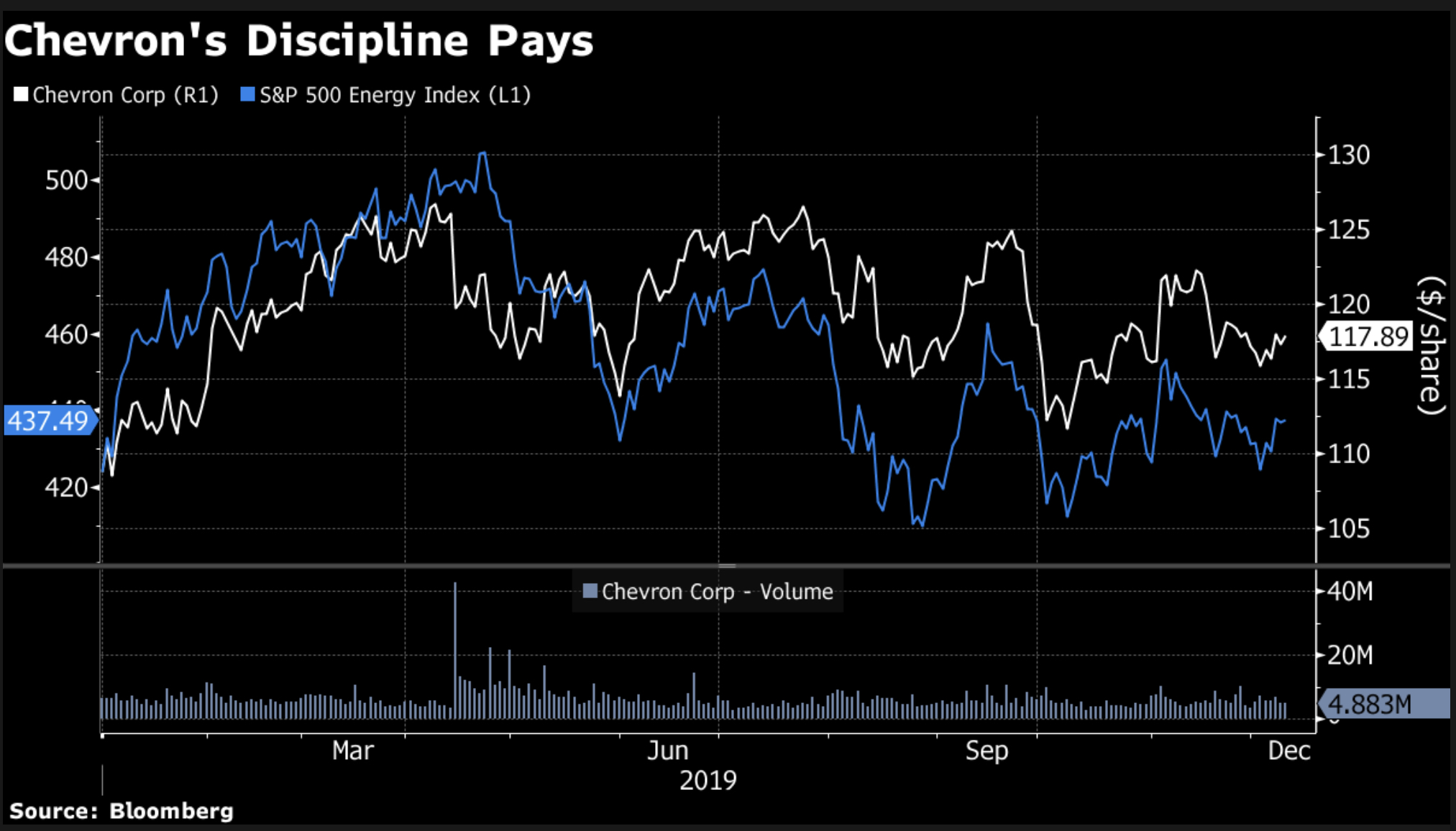