OK boomer: In which I come to Jesus over mushrooms and put my dollars into Absolem 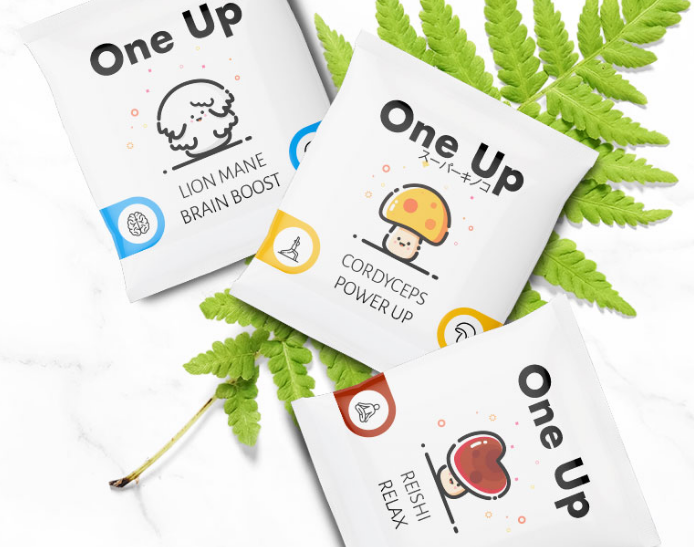 50 years I’ve been bumbling around this planet, and the best damn weekend I’ve had on it to date occurred recently, under the influence of mushrooms.

The carpet didn’t talk to me and the walls weren’t bleeding, and the sunrise wasn’t the incarnation of Shiva. That ain’t it, kids.

No, what happened is my head just opened right up and someone I cared about did likewise and a relationship went to a place it hadn’t before and everything changed going forward. Like – everything.

This wasn’t shrooms as recreation. It was shrooms as therapy. Shrooms as stress relief. Shrooms as a means of connecting with people in ways I haven’t been able to in five decades.

Now I know there are some of you out there who’ve tripped the light fantastic a bunch before and will be going all, ‘Ok boomer’ as I’m taking my first steps in this realm. Sure, have your fun, but this is me, tripping balls on something I bought off a guy behind a Denny’s and realizing there’s a lot more to all this than drum circles and Deadmau5. There’s an opportunity here, both to do some good and profit, just like we all said in 2013 when weed stocks became real.

Mushroom companies have been showing up a lot recently at investor conferences and in financing documents but, like e-sports, investors have been unsure what form companies engaging in the shroom business will take, and how they’ll tread the line between legal and otherwise, recreation and medicine, activism and profits.

For mine, I don’t really care about the details of individual deals right now because, realistically, if you’d bought in to the first 20 companies that announced they were going to apply for a weed license, you’d be counting a ton of wealth about now. When an industry is nascent, when it’s brand new and the rules are still being written, God laughs at those who think they have a plan. I’ll cover the board and let excellence show itself and let the less excellent get there over time, and we’ll all do fine.

There are deals out there now that vow to research the effects of mushrooms and others producing legal mushroom based products that may not bring you to Shiva but will be healthy additions to your diet and others that are looking at MDMA and ibogaine and ayahuasca and what else you got, Jack? Most will find themselves somewhere in the middle, doing business as allowed in somewhat limited early form, lobbying for government regulators to open up the rules, and pivoting as they see opportunity and progress.

I slipped some dough recently to a company called Absolem, who recently became a client and who, to be fair, haven’t had the easiest of times telling their story with us.

That’s because, frankly, the story is moving fast and has to get past a built in hurdle, which is, while some of you are mushroom enthusiasts and know everything about them, others (the vast majority) are people who’ve always seen mushrooms as something pixie chicks do at Third Beach while their boyfriends who work at the grocery co-op and play drums in a Brian Jonestown Massacre cover band play hackysack or juggle fire or some other sort of similar stereotype that is the millennial equivalent of ‘OK boomer.’

Wipe your mind of your expectations. The upcoming mushroom industry – and it’s coming fast – is going to be something that looks nothing like that guy behind the Dennys.

From Wikipedia (I know, but shh):

In 2011, a study conducted at Johns Hopkins School of Medicine showed that about 60% of the subjects that were given psilocybin under controlled conditions underwent significantly positive personality changes concerning traits like openness, imagination or feelings.

I experienced exactly this – again – with a bag of scrag I got from a guy behind a Denny’s. Imagine the potential possible with actual research being done and actually consistent, purpose grown products and experts who can identify what could help who.

Imagine couples who’ve not really talked in years opening up at last, understanding how they’re fucking things up, seeing it all for the first time. (check)

Imagine the anxious and depressed being given just a little break from what’s weighing them down, without side effects. (check)

And imagine (and this is a real big one for me) having the effects of alcohol use, the social lubrication and stress relief, the adventure and the break from the every day – with no hangover. (check)

Absolem is developing three products currently under its One Up Pure Energy brand (www.oneupshrooms.com) that follow exactly along these lines: Lions Mane, for brain boost, Cordyceps for energy, and Reishi to relax. All of these are straight legal and, in fact, have been used in some time in Asia as legitimate medication for things such as cancer, kidney function, diabetes and more, for decades. Absolem won’t be getting its door kicked in for selling these products but, frankly, even if they were selling the high trippy stuff, it’s a good bet nobody would stop them.

The comparisons to the evolution of the cannabis market can’t be ignored. Like that industry, when the laws in Canada softened, the authorities had already been acting as if they had done so months earlier. That’s happening in the mushroom world right now. You can have magic mushrooms delivered to your door in Vancouver from online dispensaries that have been doing business without being bothered by the authorities for over six months now, despite being featured on TV news broadcasts. I had some delivered to the Equity.Guru offices recently and the verdict among our happy writing staff was they worked as advertised. Admittedly, the verdict of our HR department was that the boss should stop sharing illicit drugs with the staff.

But the greater opportunity is in the extraction side of things, where medications and consistent dosing and novel formats can be utilized to bring about a desired effect without needing a spirit guide.

To that, Absolem has done a deal with Arev Brands (AREV.C) to have that company partner up in extraction research.

In consultation with Absolem, Arev will conduct research and will develop methods for deriving extracts from mushrooms utilizing the new equipment and other extraction equipment that it owns, which research shall not involve any prohibited activities, unless official authorization in writing has been granted to Arev for such prohibited activities under Part J of the Canada Food and Drug Regulations.

The object is to extract the things that have a positive effect, and develop new products that utilize those extractions properly and can, over time, progress with the law to deliver what consumers are looking for, legally.

The point of all this is, when the police stopped booting in the doors of weed dispensaries, when companies started committing to researching cannabis, when courts stopped punishing those who were selling weed, and when US states started decriminalizing it, an entire Canadian industry was born. It started with little companies treading the early ground, lobbying the feds, making a solid case that there was less to fear in all this than was previously thought. It saw business plans coming together on the fly and money raised for assets not yet built and a very interested public waiting eagerly for everyone to just get out of the fucking way so we could do what we wanted, as adults.

It took pioneers that would take chances, it took enthusiasts who’d campaign for change, and researchers who’d verify that information that had always been shared between friends, the stories and tips and trips and trees that sing and couples that find new life in each other’s arms – were real and good and should be encouraged.

I want to take mushrooms with my grandma. I want that to be okay, and I believe it will be soon.

Companies like Absolem are at the first few steps of a long journey in getting there. I’ve bought in at their earliest financing stage to do my part in helping that mission along, but also because I’m gonna make fucking wealth in getting there.