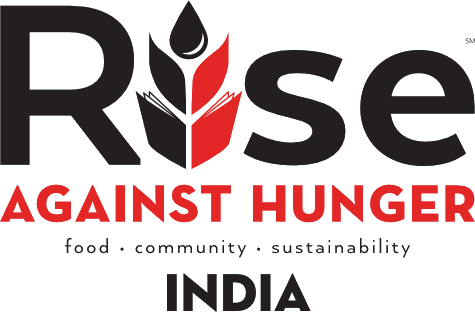 HERE Technologies, an arms-length subsidiary of Intel (INTC.Q), partnered with Rise Against Hunger India to pack 300,000 meals today for the undernourished and less fortunate.

Whenever a company does something good for no apparent gain, it’s usually a manner of light digging to find what they’re trying to whitewash. Let’s give HERE the benefit of the doubt, but at least remember that no company—let’s go even further and say no person—does anything without expectation of gain. So when HERE announced that a contingent of 2,000 HERE employees descended on Nesco Exhibition Centre to create one of the largest meal packaging events in India, I had to wonder why.

The partnership HERE has developed with Rise Against Hunger India has also led to the development of a hunger map and tracking system that will enhance the organization’s evaluation process and monitoring of meal distribution to its partners. Part of the company’s Social Innovation efforts, the project was launched mid of 2019 and results will be launched in the new year.

The company captures location content like road networks, buildings, parks and traffic patterns and sells or licenses that maping content, along with map related navigation and location services to businesses. A few of their past clients include Alpine Electronics, Garmin (GRMN.Q), BMW (BMW.FWB), and Amazon (AMZN.Q). They also provide platform services to smartphones, government organization. They have maps of nearly 200 countries.

So they get another map to sell and work to feed hungry people at the same time.

The difference between what usually happens when impoverished companies get involved with corporations and what is happening here is the difference between zero-sum and positive-sum. In zero-sum games, one group benefits at the expense of another. In a positive-sum game, one group benefits despite the other, and in best case scenarios, both groups benefit. That’s the best possible ethical outcome.

“As per UNICEF’s The State of the World’s Children 2019 report, malnutrition caused 69 per cent of deaths of children below the age of five in India. The unavailability of quality nutrition is one of the biggest life threats to a major chunk of India’s population. Rise Against Hunger is known for its continual commitment to eliminate hunger and they have taken commendable steps in providing wholesome meals to people in need,” said Damandeep Kochhar, vice-president of global content operations from Here Technologies.

HERE Technologies started in 1985 with the goal to digitize mapping and pioneer in-car navigation systems. The company has since been acquired and sold and renamed, and now they’re working on 3D maps that grow upwards, offering layered insights and information. Now they’re into autonomous driving, IoT, and are building out through strategic partnerships. They help cities manage their infrastructure, work with businesses to optimize their assets and get drivers to their destinations safely and quickly.

But honestly, there’s a possibility that we haven’t dug in enough. Let’s consider what it’s like to work there: 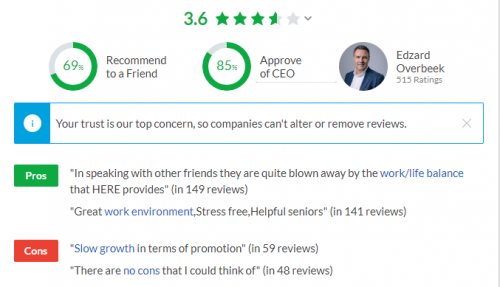 That’s not helpful. Total score 3.6 as an aggregate of hundreds of views is better than average. How about those cons, though? “No real cons to speak of.” That’s downright complimentary.

Having a map of the world’s most hunger-stricken and impoverished places could be lucrative for the company, and also good for NGO’s and other organizations looking to deal with the issue. Not bad.

“This year, not only did we pack 3,00,000 meal packets within two hours, but we also achieved another key milestone – packing the millionth packet globally. As always, this partnership gave HERE employees an opportunity to come together, collaborate on a massive scale and redress a major socio-economic issue of India. In the days to come, the meal packets will be distributed to multiple beneficiaries across Maharashtra including children, HIV-positive individuals, women, patients of tuberculosis, and the elderly,” Kochhar said.

Maybe the takeaway from this exercise is that if you look for bad things hard enough, you’ll find them whether or not they’re there or not.