“Through this unique and synergistic business combination, ComSovereign gains an immediate capability, enabling us to emplace entire LTE networks, from small private networks to city-scale systems, in a matter of days instead of years. Integration of our newly validated, disruptive communications technologies also enable superior performance and reliability where it previously never existed,” said Dan Hodges, chairman and CEO of Drone Aviation.

This is the WASP. 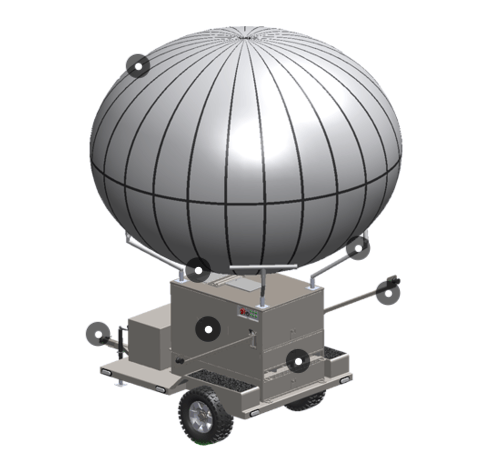 It uses aerostat technology to allow for greater network reception at higher altitudes. It’s the functional equivalent of raising your phone high above your head to get better cellphone reception, except that it actually works. It also reduces the risk of actual units conducting retransmission operations, and common applications for this device are to extend network communications and intelligence (signal boosting), surveillance and reconnaissance.

If you’re a tinfoil hat type, then this is the device you’re incorrectly worrying about. It doesn’t send the death-rays to fry your brain, but it does increase and extend the latent signal of telecommunications devices to listen in on private communications.

Fortunately, it’s only used on people and entities the United States government deems to be a threat—so people like al-Queda, ISIS, and your mom. 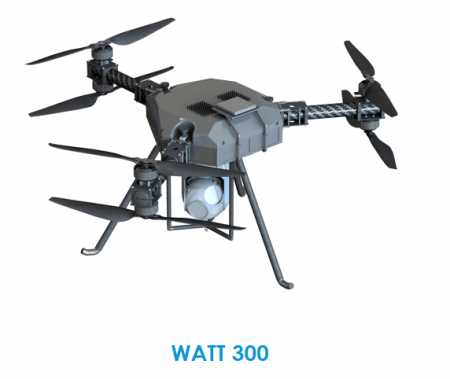 So, no. This isn’t exactly the DJI Mavic Spark or Mavic Pro. This is much more. There are commercial offerings (the WATT 200, for example) but this type of device is meant for heavy duty government work.

Drone Aviation was intending on a reverse stock split before the merger happened, but now due to ComSovereign imuch needed cash infusion, that’s proven to be unnecessary. They’ve also changed the name of their company, adopting the name of their new parent company, ComSoverign Holding, and altered their board structure. Dan Erdberg is out as CEO and director, and incoming is Dan Hodges as CEO nad chairman. The members of the board include people with such backgrounds as government, technology, accounting and finance industries.

“This merger represents a significant milestone in our strategic plan for Drone Aviation as we expand into the 5G wireless communications market, creating valuable new opportunities to leverage our patented tethered drone and aerostat technologies to create flying cellular towers for government and commercial customers around the world,” said Erdberg.