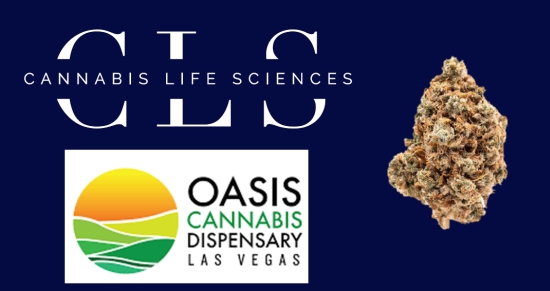 On December 5, 2019 CLS Holdings (CLSH.C) announced that it has completed the buildout and licensing for phase 1 of its north Las Vegas processing facility.

CLSH has developed a proprietary method of extracting cannabinoids from cannabis plants and converting the resulting cannabinoid extracts into concentrates such as oils, waxes, edibles and shatter.

Delta-9-THC is one of 60 cannabinoid molecules in the cannabis plant, and it is recognized as the main psychoactive ingredient

The technology has the potential to provide “one-stop, multi-state services to companies wishing to build private label brands”, by extracting and converting cannabinoids in a greater yield than methods currently used in the industry.”

The new, state-of-the-art extraction and production facility allows CLS to produce its own THC oil for use in all City Trees branded products. CLS expects to partner with 3rd party organizations interested in having their products manufactured at the newly licensed facility. 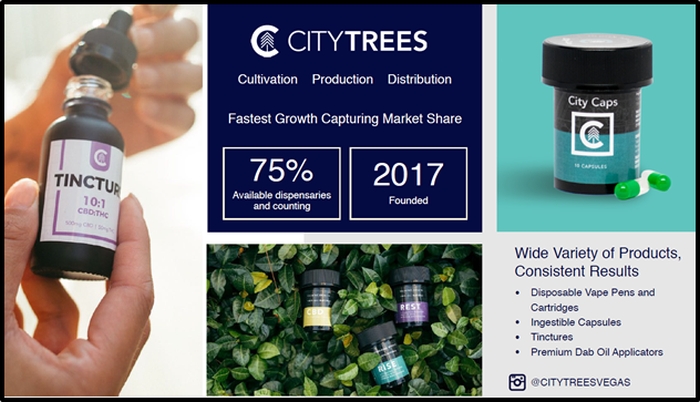 With the U.S. House Judiciary Committee approving a new bill to end cannabis prohibition at the federal level – it’s easy to forget that cannabis still cannot be legally transported across most state lines.

This end-prohibition bill will have to go to the Senate, where it will almost certainly die.

“I don’t think a majority of the Republicans will support this bill,” Colorado Republican Ken Buck, confirmed to CNBC.

What this means is: location still matters.

Setting up an industrial grow-op in Nebraska (where it’s illegal and only 9% of the population smoke pot) – is bold – in a bad way.

Nevada is the holy grail of U.S. cannabis markets.

With 46 million annual tourists, the first year of legalized recreational pot raised nearly $70 million in tax revenue for Nevada, including $27.5 million for schools and $42.5 million for a state “rainy day” fund.

CLS is on a mission to “strategically enhance its City Trees brand.

“Our new manufacturing facility represents yet another milestone to our Las Vegas operations,” stated Andrew Glashow, President and COO of CLS Holdings. “By producing our own full spectrum of THC oil and THC distillate, we anticipate expanding the City Trees branded product offerings.”

Three weeks ago, CLS reported unaudited consolidated revenue of $1.025 million for the month of October 2019.

“October was another record month for our Oasis Cannabis dispensary,” confirmed Glashow, “in terms of customers served, revenue and gross margin.”

City Trees is transitioning from its current 1100 square foot operations into a brand-new $3 million 9,000 square foot state-of-the-art manufacturing facility, a company milestone which is expected to increase profitability.”

Instead of burying its head in the sand, CLS has opted to meet the vaping health controversy head-on by testing the City Trees products for vitamin E acetate, “which according to published reports is believed to have caused an outbreak of lung related illnesses across the country”.

On November 05, 2019, CLS announced that “In Good Health”, a licensed medical dispensary, will begin the sale of recreational cannabis from its retail location in Brockton, Massachusetts. 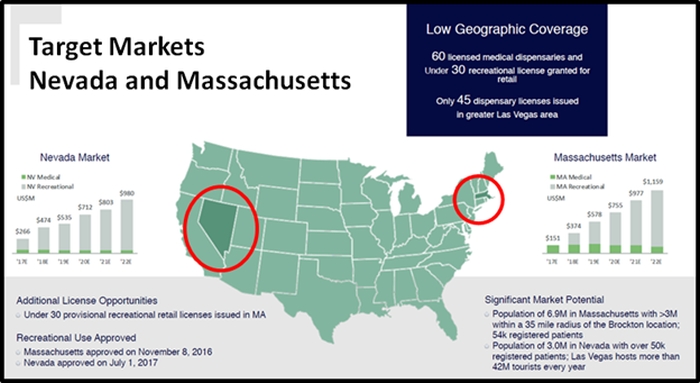 To date, only 27 recreational cannabis retail licenses have been granted by the Massachusetts’ Cannabis Control Commission.

“Obtaining recreational or ‘adult use’ status in Massachusetts is a major accomplishment,” confirmed Jeff Binder, Chairman and CEO of CLS.

Located 25 miles south of Boston, “In Good Health’s” closest competitor is 23 miles away.

CLSH is currently trading at .28 with a market cap of $35 million.