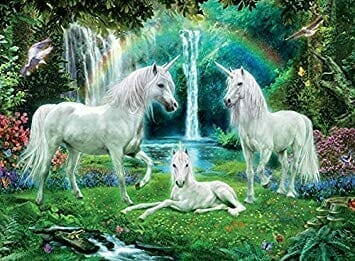 I’ve always wanted to be a rich weirdo.

Like Nicolas Cage marrying Lisa-Marie Presley on a whim to feel close to her Dad, buying two private islands, collecting shrunken pygmy heads and living in Anne Rice’s old house in the Garden District of New Orleans weird. But those things get old, and eventually I’d want to put my money somewhere useful—to make something grow and prosper. If you’re not going to lose your money, you need to keep your business life and your life as a rich weirdo apart.

But I have this deep suspicion that there comes a point where you get too rich and too weird that it becomes apart of you, and then at some point in this transition you enter an entirely new category of weird—where the truly strange live.

Masayoshi Son  is a Japanese technology entrepreneur, investor, and philanthropist . He is the founder and chief executive officer of the Japanese holding company SoftBank, CEO of SoftBank Mobile and chairman of UK-based Arm Holdings. 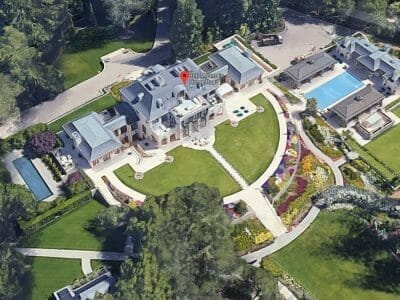 That’s one of his houses—this one is in California—note the two pools. California has been enduring a drought for the better part of a decade, but this asshole has two pools. Also, a three story mansion in Tokyo, valued at $50 million, with a golf range with the technology to mimic the weather conditions and temperature of the world’s top golf courses.

Son’s fortune started in the 1990’s, when he sold an invention to Sharp Corporation for $1.7 million, and then another $1.5 million by importing and installing video game machines from Japan in dormitories and restaurants. He didn’t get into rich weirdo territory until after he took SoftBank public in 1994, and bought a 33% stake in Yahoo! the following year, and then five years later invested $20 million in Alibaba (BABA.NYSE). After the dotcom bust nearly broke him, he climbed back and now his company, SoftBank, owns 29.5% of Alibaba.

For awhile, everything he touched made money.

“My philosophy is that the digital revolution will make mankind happier and more productive, and that won’t change over the next 300 years. If you don’t stick to that original philosophy, even perfect control of a bunch of companies isn’t going to do you any good,” Son said in a Forbes article from twenty-years ago.

His philosophy hasn’t changed much. He’s run with it, and it’s made him one of the world’s richest and most powerful men.

Here’s a paragraph from SoftBank website, again alluding to a 300-year plan.

“To continue to grow as a corporate group for the next 300 years. The SoftBank Group strives to develop over the long-term by forming partnerships with the most superior companies at the time in the information industry, without adhering to particular technologies or business models.”

At what point does someone get so rich that they get completely disconnected from reality? I have no idea and probably neither do you, but the above philosophy suggests that Masayoshi Son left it behind long ago. The standard venture capital playbook involves making small, speculative investments in early-stage startups and adding funds in subsequent rounds as those startups grow, according to Sarah McBride, Selina Wing and Peter Elstrom in an article for Bloomberg.

“SoftBank’s strategy has been to put enormous sums—its smallest deals are $100 million or so, its biggest are in the billions — into the most successful tech startups in a given category.”

To his credit, it’s worked a few times.

In 2018, for example, Son set the rich weirdo bar even higher when three-year old AI startup SenseTime Group flew to Tokyo to beseech him for $200 million. Son interrupted their presentation a third of the way through to put $1 billion on the table, and then interrupted again a few minutes later to double it. The $1.2 billion they took home helped them transform into the world’s most valuable AI startup, and now they’re worth approximately $7.5 billion.

But any degenerate gambler knows that if you put all of your chips into one pile, you’ll get a temporary thrill (and some even more temporary friends) but eventually end up going home on the bus, instead of a limo. He’s managed it a few times and made an absolute mint, but when you play the long odds with other people’s money you’re going to lose. After which, those people are going to be angry. 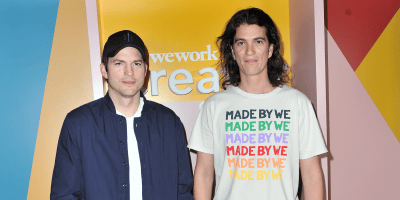 Can you spot the rich weirdo? | Source: business insider

He was a big deal earlier this year—CEO of a white-hot IPO—the Luke Skywalker to Masayoshi Son’s Yoda. (Yes. He called him Yoda.) But instead of learning the ways of the force, Neumann’s company hemorrhaged money at a rate of $219,000 every hour of every day, until eventually even Ashton Kutcher probably wasn’t returning his calls.

It’s been suggested that this is the beginning of the end.

“WeWork is not just a mistake, it is a signal of weakness in the whole model,” said Aswath Damodaran, a professor of finance at New York University’s Stern School of Business, who has written four books on valuing businesses. “If you screwed up that valuation so badly, what about all of the other companies in your portfolio?”

Here’s some of the items in SoftBank’s portfolio:

Note that Uber’s on that list. They lost billions this year. That’s billions. With a B not an M.

Son himself was the first to turn on Neumann, criticizing him for his hard partying and level of control over the company. Neumann stepped down as a result.

How does the model work?

He revealed his $100 billion Vision Fund in 2016, and poured money into companies, helping more than 300 startups priced at $1 billion or greater, according to the research firm CB Insights.

Softbank makes the primary investment in a startup and then reinvests against at a higher valuation. Son says he makes a profit, but SoftBank makes no money. The only change is that SoftBank has boosted the value of its original stake by raising the value of the startup. That counts as profit in SoftBank’s income statements and return calculations. But the inverse is also true: when the startup tanks, it means SoftBank’s fortunes also tank.

What else is there to say, really?