Canopy Growth (WEED.T) looks forward to cannabis 2.0, but will they learn from their mistakes? 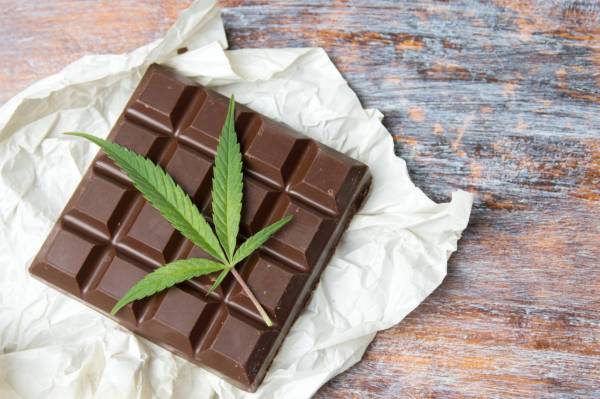 The new facility is already operational and will go into production for their new line of cannabis-infused beverages today. The facility adds to the company’s cannabis production lines in Smiths Falls, including a regional distribution centre with automated excise stamp lines, an automated manufacturing facility, a cutting edge bean-to-bar chocolate factory and a visiting centre.

“This licence represents years of hard work to bring our vision to life. We are deeply proud of the team’s hard work and dedication that has brought us from the tear-down of the original building in early 2019, through to the completion and licensing of our brand new facility,” said Mark Zekulin, CEO of Canopy Growth.

Since cannabis was first legalized in October 2018, Canopy has been the bellwether company for the nascent industry. Basically, what befell Canopy, good or bad, would soon befall the rest of the industry. So earlier this year when the long-term results of their deal with Constellation Brands (STZ.NYSE) resulted in $1.2 billion in warrants blowing up in their face and kicked off Canopy’s freefall from the top of the mountain, the rest of the industry toppled down underneath.

This hasn’t really changed. The first year in cannabis has been bumpy, full of missteps, rookie mistakes and greed from people who should know better. And that includes Canopy—which bloated their market cap with one empty acquisition after another—and when the market corrected itself, saw its artificial market cap deflated to a fraction of its bloated glory. Naturally, they unloaded their CEO, Bruce Linton, who proceeded to cash out and now occasionally rears his head like Dr. Frankenstein to talk about the monster he created and nearly subsequently destroyed.

This is not a good look going into tax-loss season, but next year introduces a whole new chapter.

Cannabis 2.0 effectively kicked off on the anniversary of legalization day, but Health Canada included an addendum. That was when the companies seeking to introduce edibles, infused-beverages and more into the market could pitch the legislator with their proposed products, and get the regulatory two-step started.

Naturally, Canopy is looking to pick up the pieces and reclaim their position at the top of the mountain. But they have a hell of a hard road to climb back to the top, especially considering that they lost $374.62 million in fiscal Q2, and Zekulin himself is on record saying this his company won’t be profitable for three years.

Until then, though, they will add 11 beverages based on the company’s Distilled Cannabis process in the Smith’s Falls facility during the first wave of production, and add more throughout the year. The license gives the company the opportunity to ship beverage inventory to the provinces within weeks, and the timing of each product’s availability will vary across provinces.

“We also appreciate the support of our partner, Constellation Brands, who lent their expertise from building and equipment design to staffing requirements for this world-class facility. Cannabis beverages have the potential to introduce an entirely different demographic to the cannabis category by presenting them with a familiar product format and an onset time akin to beverage alcohol,” said Zekulin.

It’ll be an interesting year for cannabis as we get to see what kind of all-new mistakes, bumps and pitfalls cannabis companies must endure. It’s hard to tell just what they’ll be, but the regulations themselves are more than slightly rigid, and there are a lot of unknowns regarding edibles that may play a factor.