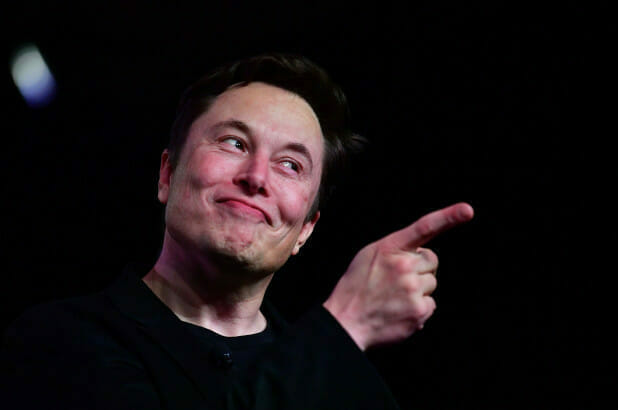 Friday Recap: No Such Thing As Bad Publicity

Bridgewater Associates, the world’s largest hedge fund has made a bet worth more than $1 billion that markets across the globe will fall by March next year. The bet essentially comprises put option trades against the S&P 500, and the Euro Stoxx 50.

One might think that is a major bet, but I think it’s important to contextualise the play here. The firm has over $150 billion in assets under management, and if it paid something close to $1.5 billion for that trade, it means the firm is essentially making a trade leveraging less than 1% of its capital.

This is betting against a bull market, but I don’t think it means they are going all-in. Ray Dalio, the firm’s owner and CIO, is a fan of diversification, primarily because investment theory will tell you that diversification is a reduces your risk to reward ratio. Diversifying your investments allow you to bear lesser risk while maintaining the same potential overall returns. Bridgewater has explicitly said that the firm has no “net short” position against the market.

A bet like this can be best thought of as insuring yourself against a potential downturn in the markets, which I think is reasonable. The crazy thing about ‘put options’ is that they are financial instruments that expire worthless on a certain date at a certain time. What’s more, is that someone has to underwrite them.

Options trading is a zero-sum game, which means that if the market doesn’t drop till then, then whichever bank underwrote the put option trade will be walking away with $1.5 billion in free money. But if the market does tank because of whatever reasons, the potential losses for the underwriter could be huge, equal to the gains Bridgewater will make.

From the perspective of the underwriter, this is called naked selling, which is something no one would recommend, so it’s quite plausible that the bank itself made some other bets to hedge against underwriting this insurance.

If you’re an investor then insuring yourself against a potential downturn would be a smart move. Buying out of the money put options isn’t the only way to do so. You could also look at diversifying yourself by investing in some bonds, gold, a leveraged gold ETF ($JNUG), or buying out of the money $VIX calls. There are multiple ways to diversify yourself, especially against a potential downturn.

As much as this is an economic bet, I also think it is a political bet against Warren winning. Plenty of funds have made claims that the markets might fall if Warren wins, and whether or not you agree with the thesis or the sentiment, I do think it makes sense to insurance yourself.

Amazon ($AMZN) filed a lawsuit today against the US government’s Defense Department for choosing Microsoft ($MSFT) for a Pentagon cloud-computing contract.

The lawsuit was filed under the seal in the US Court of Federal Claims in Washington and is reflective of the firm’s aggressive pursuit of developing its cloud computing business.

When a government project is funded by tax dollars, the state has an obligation to find the cheapest and most effective way to get the job done. Amazon suing the government is not just a fight for business, but also a statement that Amazon can do a cheaper, if not necessarily better job.

“It’s critical for our country that the government and its elected leaders https://e4njohordzs.exactdn.com/wp-content/uploads/2021/10/tnw8sVO3j-2.pngister procurements objectively and in a manner that is free from political influence,” Amazon spokesman Drew Herdener said in a Nov. 14 statement.

No Publicity is Bad Publicity

Tesla Inc. ($TSLA) revealed its Cybertruck last night, and the internet was not kind. Musk boasted a sturdy, shatterproof glass that is used in the windows, but a live test demonstrated that the glass shattered. 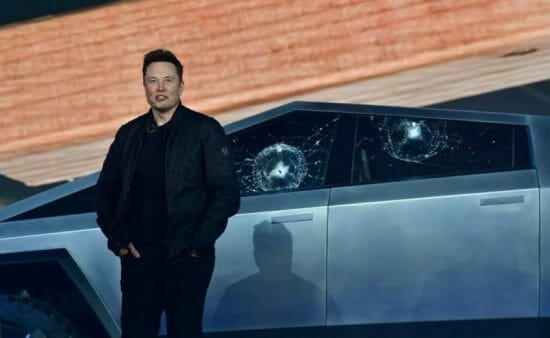 I don’t know about you, but I thought the design was horrible, and no one who actually uses a truck for their day-to-day use would go ahead and buy this, no matter how “futuristic” one might claim it looks.

I am not a conspiracy theorist, but hear me out for a second: what if this major SNAFU wasn’t an error? What if Musk deliberately planned for a failed product unveil so that the internet would make it go viral?

I don’t know if this was the case, but as those who work in PR say, “no publicity is bad publicity”. Maybe Musk bought that tactic and deliberately sabotaged his event so that the internet would make memes before he does. Think about it, he got tons of free publicity because every investor, short seller, car enthusiast, and Musk fan was talking about it.

Anyway, the #Cybertruck doesn’t go into production until late 2021, but the customers have already started putting down $100 deposits to secure their vehicle. The people may have loved the memes, but the markets clearly punished the firm for not testing it enough before launch.

That’s it for the weekend, and before I see you on Monday, here is some of the internet’s best: 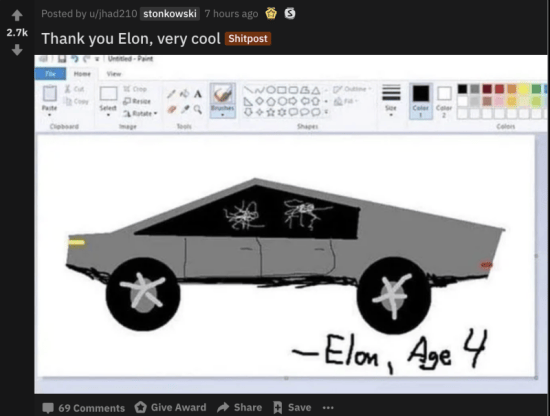 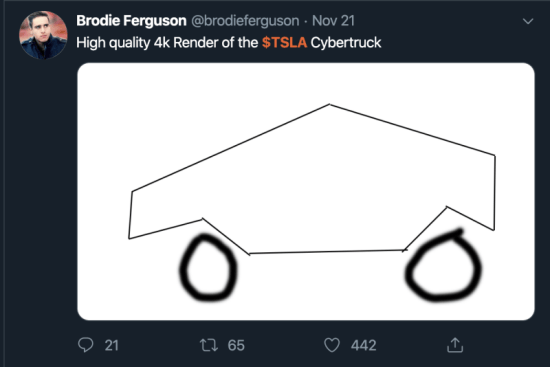