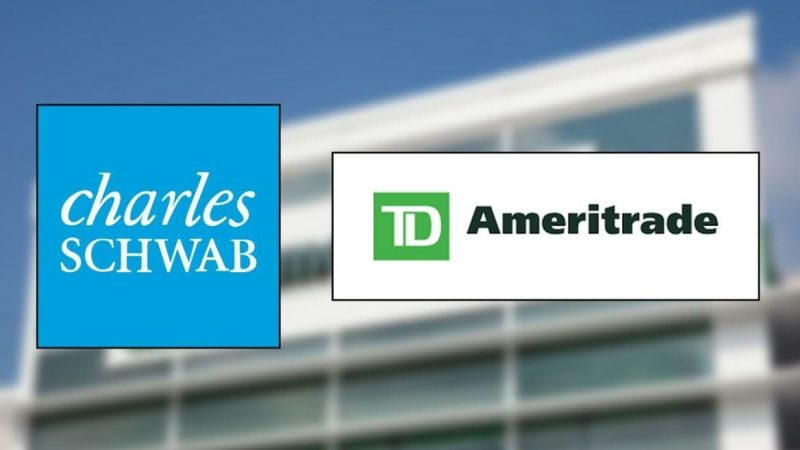 Shares of Nordstrom surged by over 10% during extended trading Thursday after the company reported fiscal third-quarter earnings that beat analysts’ estimates. Here are the stats:

Nordstorm may have beat earnings, but is still suffering the scourage that is upon the sector as a whole. However, the firm has leaned into changing trends regarding online shopping, as digital sales increased to 34% of the company’s total sales from 31% in the same quarter last year. In-store pickups drove roughly half of digital sales in the latest quarter, noted co-president Erik Nordstrom in a conference call with analysts Thursday evening.

The stock closed at $37.20 in after-market trading.

Charles Schwab started a major price war when it cut its trading commissions to zero, and now, it could be walking away with the deal of a lifetime. The news had a positive effect on the shares of both firms that were up by 7.33% for Schwab, and 16.92% for TD Ameritrade.

A merger would establish Schwab as the dominant player in the industry and would have the potential to change the game for discount brokers. Schwab and Ameritrade occupy the number 1 and 2 spots respectively in terms of market share in the United States and have catered to customers with cheap offerings, a business model that prime brokerages on Wall Street are having trouble competing with.

Again, I’m not a conspiracy theorist, but wouldn’t it be cool to imagine that Schwab had exactly this merger in mind before it cut trading fees? Here’s how I imagine it could’ve gone down:
*5 months ago, Schwab HQ*

CEO: I think we should buy TD

CFO: I don’t know, it might be expensive. They make a lot of money in trading commissions.

CEO: So do we. But we could cut our commissions and then they would cut theirs.

CFO: But sir, this would lead to a price war and we would both lose revenue.

CEO: Yes! But then we will be able to buy them out at a much lesser price. We won’t be paying premiums for their hypothetical trading revenues.

CFO: Yeah that makes sense, let’s do that.

Of course, this conversation is entirely hypothetical, but if something even remotely close to this happened, I think it would be an extremely shrewd move on behalf of the firm. Schwab’s announcement to knock-off commissions knocked out $13 billion in combined value off Schwab, TD Ameritrade, and E*Trade Financial.

Interestingly enough, Schwab started out as an investment advisory newsletter before starting out in the brokerage business. At its peak in 1963, it had about 3,000 readers, each of whom paid $84 for an annual subscription.

I mean, this newsletter is free, and I don’t know if you would pay me $84 a year for this. Then again, they explicitly offered financial advice, and maybe if I got some banking or some hedge fund experience I’d be able to charge that kind of money. If you have any advice on the matter or want to pay me $84 a year, please feel free to reach out.

We spoke yesterday about Canaan’s IPO, and shares traded freely today, but soared and fell during the trading day, closing a penny below their offering price.

The market opened with a $9.00 price tag per share and closed with buyers willing to pay $8.99 for it. A successful IPO is often defined by its classical “IPO-pop” when shares rise slightly after the company has gone public.

29 companies based out of China or Hong Kong have raised a total of $3.34 billion from US IPOs last year, and this is about half the volume from the same period in 2018, you know, before the trade war.

The company filed to list itself on the Hong Kong exchange when the city’s exchange indicated that the company was “premature” for crypto-related businesses to go public in Asia. While Bitcoin has more than doubled this year, it’s still worth less than half of what it used to be during its all-time high in December 2017.