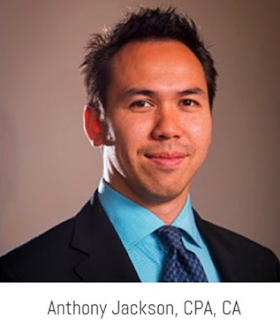 The Father Daughter Dance at West Vancouver country club Hollyburn is usually a fairly tame affair, where the city’s well-to-do dress up, eat steak, and dance with their little girls in a tony family friendly setting where everyone is home by bed time.

Production-wise, it’s quite the show. Hollyburn doesn’t do anything by halves, so the event stops barely short of being a magic castle fairyland.

This past Friday’s event started like most of the previous ones, with hundreds of princesses and daddies, gowns and taffeta, glitter and song.

It ended with something different as Bridgemark scandal profiteer Anthony Jackson was cornered at the bar, heckled, and a physical altercation broke out.

According to several people who claimed to have been feet away from the action, Jackson and associate Abeir Haddad were collared by a pair of local brothers who took umbrage at their continuing presence in polite society while Jackson is accused of securities fraud. Haddad, who had previously been wrapped up in the Bridgemark proceedings, was exonerated some months ago.

According to multiple reports, Jackson and Haddad, predictably, took umbrage at the approach – made in front of their daughters.

According to Haddad, who was asked for a quote and clarification through a third party but preferred to send one through his lawyers by way of a cease and desist letter;

Giving Haddad the benefit of the doubt on specifics, this story isn’t about who won a fight, or whether a fight was actually a fight, it’s about the lasting legacy of the Bridgemark affair, and how those touched by it, even in a minor way, continue to feel its effects, even in places that should be neutral ground.

Jackson, who remains under investigation, has not had a great year.

Starting in January 2018 these companies, their executives and the more than two-dozen supposed consultants — including many members of the Chartered Professional Accountants of British Columbia — are alleged to have entered into phony consulting agreements. The companies collectively issued tens of millions of dollars worth of shares to the consultants via private placements (sales of shares) while simultaneously entering into contracts for services that were never rendered, the BCSC alleges. The consultants then offloaded their newly acquired free-trading shares on the exchanges, to unwitting retail investors.

An earlier version of this story stated Haddad was under investigation for the Bridgemark scandal. Equity.Guru would like to clarify he is no longer under investigation and was never specifically accused of ‘large scale fraud.’ Which is fair and accurate.