Torque Esports (GAME.V) short yardage plays could take them all the way

Last year, GAME.V had no game. They had committed the mortal sin of being early to the esports party, and piled on the debt to stay afloat. Now it’s different. Their restructuring focuses on two areas—esports racing and esports data provision, and publishing, with IP, content and data expertise in their back pocket.

Now the company has been bunching their strategic developments two or three to a month.

Their latest development starts with their acquisition of UMG Media (ESPT.V), a North American esports company offering live gaming entertainment events and online play. The new company will include racing, first person shooter and sports titles, and give Torque the ability to host daily cash play through UMG’s platform, and give Torque access to UMG’s userbase.

The Lounge with Caesar Sports at Yellow Brick Road Casino is expanding to accommodate sports fans for the new Madden ’20 tournament, and will host the weekly tournament starting November 6t, 2019.

“As a leader in casino gaming, we are excited to partner with Yellow Brick Road Casino to bring live weekly esports events to New York. With the Oneida Indian Nation’s gaming experience and our expertise in esports, the Madden ’20 Tournament at Yellow Brick Road Casino will be an exciting and unique event that will pave the way for even more esports opportunities in the future,” said David Antony, CEO of UMG Media.

Torque’s primarily interest is in a game called World’s Fastest Gamer, a racing simulator in which gamers compete to earn prizes. Last year, the top ten finalists competed to earn a real-world race drive competing in Aston Martin GT cars throughout 2020 — a prize valued at more than $1-million.

Will it be enough?

As we said earlier, these latest developments come at the end of a long period of failures and mismanagement, culminating in a painful 15:1 rollback and substantial debenture financing.

GAME at a glance:

The questions swirling around this company are whether or not all of their developments are wasted, because the esports craze isn’t gathering as much momentum as previously hoped. The entirety of GAME’s bet, and the bet of the entire esports industry, is that we will see the widespread adoption common to countries in the Asian peninsula.

The implementation of the Transaction will be subject to the approval of at least 66 2/3% of the votes cast by holders of UMG Shares at a special meeting of UMG shareholders scheduled for December 17, 2019.

Video games are huge. They’re a multi-billion dollar market of which game designers are the undisputed kings. But Torque’s CEO, Darren Cox, has a large way to climb to get himself out of the hole he inherited when he took over.

Definitely one to watch. 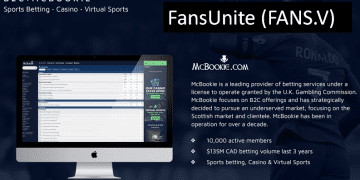