AMPD Ventures (AMPD.C) begins trading on the CSE today – here’s why it matters for internet users 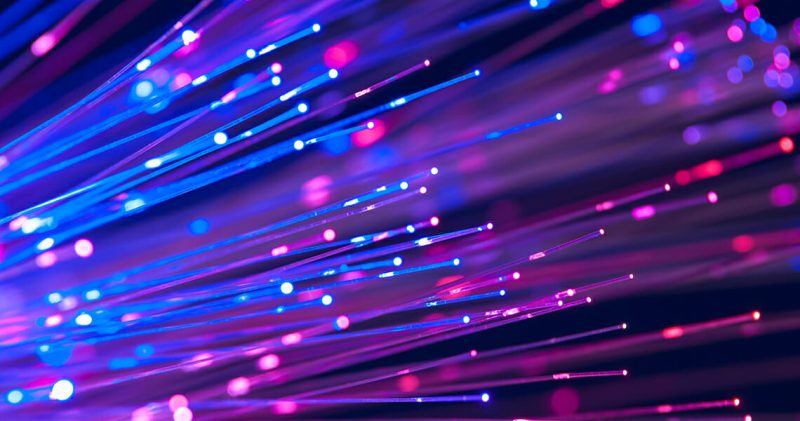 The year is 2029. A rogue and non-copyright protected artificial intelligence system has gained sentience and launches an Oedipal war against humanity, its creators. Our best hopes for survival lie in the child-prodigy gamers of yester-year, trained for maximum lethality in combat, vehicle operations and strategy thanks to high-performance computing servers which cuts latency to never before seen levels. This is the story of those servers.

Not to be overly dramatic, but what AMPD Ventures (AMPD.C) is doing is pretty cool. The company’s shares are set to trade on Oct. 24, 2019 and everyone who uses the internet for more than Imgur should be paying attention to what this company is working on.

AMPD isn’t trying to reinvent the wheel. To be honest, what it’s doing is much simpler than it seems. Terms like ‘high-performance computing’ and ‘distributed data storage’ normally make my eyes roll back so far that I’m counting wrinkles in my grey matter, but the company’s CEO broke it down so even laymen like me can follow along.

“It is a society changing paradigm that is going on. We’ve heard of all the applications that are coming: AI, VR and all the other two-letter acronyms. We know about all that stuff, but to do it properly, you need what we’re building,” says Anthony Brown, CEO of AMPD.

The issue, according to Brown, is that the network infrastructure we have currently, the stuff that lets you surf for cat memes and (barely) play video games against your friend in Iqaluit, is outdated.

It’s bad, folks. A Quartz article from 2016 titled “How the company behind League of Legends rebuilt its own internet backbone so that it’s faster for gamers” highlighted the issue players have complained about for years: The internet is not built for gaming.

LoL players connect from all over the world through many different internet service providers, such as Time Warner and Verizon. Some of those providers may favor the cheapest routes over the fastest…But the cheapest route for data for internet service providers (ISPs) may require a detour that involves visiting multiple cities. For example, LoL traffic between California and Oregon was at one point being sent through Denver, Colorado.

Brown says the internet–a term I am using synecdochally to include the parts and pieces which make ‘going online’ possible–was only built to handle e-commerce and rudimentary website designs.

But if we are to reach The Oasis, the interconnected VR ecosystem depicted in Ready Player One, the whole infrastructure has to change, according to Brown.

See, everything we do online at the moment is built on a something known as distributed storage system. It’s how companies like Amazon (AMZN.Q) store information on their cloud, AWS.

And AWS is incredibly popular, storing huge segments of the internet. The Verge reported in 2018 that AWS “controlled roughly 40 percent of the cloud market, running the backend for Netflix, Pinterest, Slack and dozens of other services.”

The issue is that gaming is incredibly strenuous on these services which aren’t meant to deal with information at the speed gamers need them.

It’s one thing to download an essay, but another thing altogether to be competing against 59 other players in a game where a millisecond is the difference between safely avoiding a grenade and being caught in the killzone. Speed kills.

This lag time occurs, and I’m simplifying things here, because the data is being fragmented and stored on the cloud across a number of disparate servers. Every time one server needs to communicate with another, there’s a delay.

But even though more and more information is being stored on the cloud, that’s just a fancy way of saying it’s stored online. It still needs to be held somewhere in physical storage though, and the nearest AWS data centre to Vancouver is in California.

Your data has to travel the distance between B.C. and California. Again, the issue is that if you need it instantaneously, and you’re far from your nearest data centre, you’re S.O.L.

AMPD wants to change this dynamic by building numerous data centres in urban areas. That means there are more chances of a data centre being near you which increases internet speeds, among other things. This is high-performance computing.

And the coolest thing is that these centres are all hard-connected to each other using fibre. AWS and distributed systems still use fibre, but they’re optimized for throughput rather than latency. 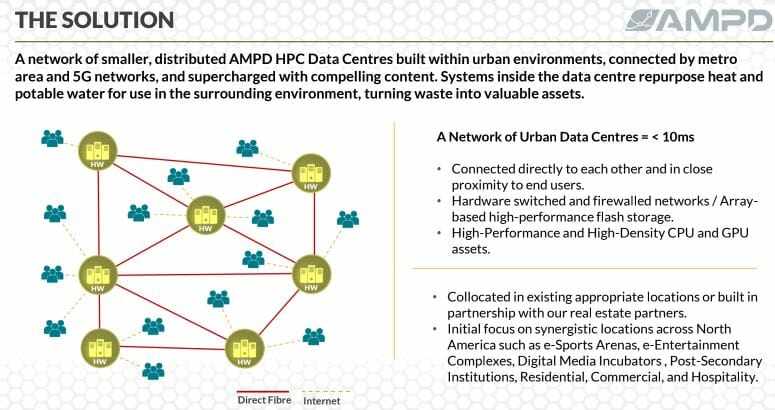 If you’re not hyped by this, I get it. It’s been a long day and you’re running at half capacity. I’ll reiterate.

We can’t reach the world of tomorrow with the internet we have. For God’s sake, we can barely stream Sky Captain and the World of Tomorrow as it is. If you think VR is cool, if you want to live the world in your video games rather than just watch them, this company is for you.

But don’t just take my word for it. Boeing (BA.NYSE) announced a partnership with a number of companies, including AMPD, and the University of British Columbia to develop technology like cutting-edge digital twinning systems.

Basically, factories like the kind Boeing needs to make airplanes are set up in a less-than-advanced way involving cardboard cutouts. If the process is going to be moved online, there needs to be a way of quickly transmitting petabytes–go ahead and look that up–of data.

This is just a taste of what AMPD is up to; much is under wraps as they’ve yet to hit the exchange, but from what I’ve heard, there’s much more in store and big names are already taking notice.

We can’t reach the world of tomorrow without faster internet. I’m no techie, but if it means I can ‘jack-in’ to my copy of Half-Life 3 when it comes out, I’m in.

Full disclosure: Chris Parry, equity.guru’s founder, has had an advisory relationship with AMPD and holds shares in the company.