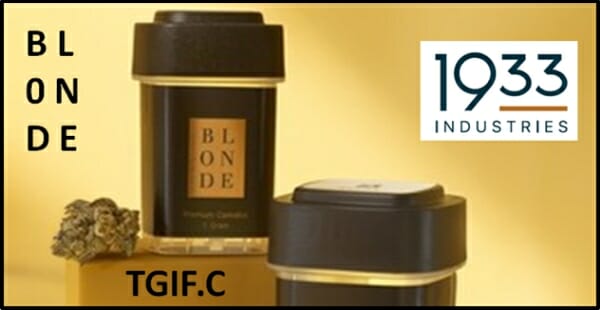 1933’s brands have a history of storming out of the gate.

But 1933 claims that “Blond Cannabis” is its “most successful brand launch to date”.
Following a 30-day exclusive campaign with one of Nevada’s largest dispensary retailers, luxury brand Blonde Cannabis made its mark in the state by selling out of every product during its debut.

The Blonde brand percolated in Los Angeles, California.  But Nevada was selected for its launch in partnership with 1933 Industries’ subsidiary, Alternative Medicine Association (AMA).

The state’s 46 million annual tourists largely come to party their asses off.

Some U.S. communities wring their hands with anxiety while dipping their toes into the (formerly illegal) cannabis business.

For instance, Illinois allows the sale of recreational marijuana, but many small Illinois cities are fighting to ban cannabis sales.

“This is not Nevada!” declared one Illinois Mayor Mike Absher, who adamantly opposed the idea of “weed lounges”.

“People think [smoking weed] is like having a beer or a cigarette because you see your parents doing it,” stated one irate Illinois parent at a council meeting, “We already have enough normalization of vices!”

For decades Nevada has been cuddling nightly on the couch with “vices”.

The state’s motto is “Battle Born” but it might as well be “Let’s Get Fucked Up.”

In Las Vegas alone, thousands of hedonistic tourists are arrested every year – with more than 50% of those arrests taking place in bathroom stalls.

Editor’s note: if you are in a bathroom stall and you have company, you are in grave danger of sharing your genitalia with a stranger.

For Nevada, sashaying from alcohol/coke/mushrooms/ecstasy/heroin/meth – to weed – means there’s less vomit to scrape of the streets at dawn, and fewer cold boxed-lunches to deliver to the local jail.

1933 is deeply embedded in Nevada.

Three weeks ago, the company announced that it has begun the flowering cycle of cannabis plants in its new, purpose-built, indoor cultivation facility located in Las Vegas, Nevada.

The first harvest from the initial three rooms is expected in early December, with continued harvests thereafter every two weeks, while new grow rooms are added to reach a total of 15 bloom rooms.

The cannabis grown in this new indoor facility is expected to catalyse increased revenue growth. 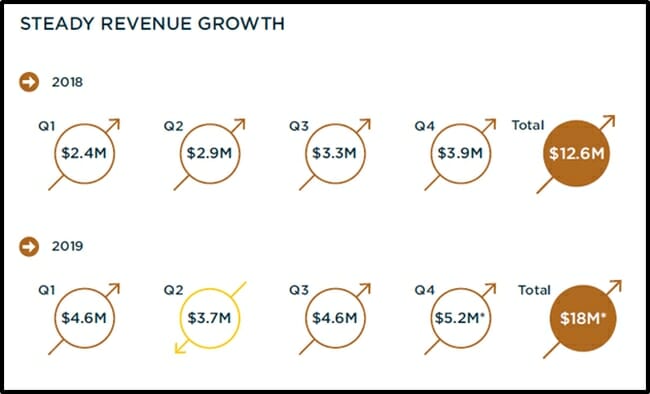 “I continue to maintain this group [1933 Industries] is one of the best undiscovered stories out there,” claimed Chris Parry on October 3, 2019, “The branding is impeccable, they’ve got products in stores across Nevada and sell among the product leaders across the state, and revenues are on the move.”

“These guys work,” continued Parry, “They’re at every trade show and there’s always a line of folks wanting to talk. Expansion into California is happening, their grow facility is nearing harvest, and their balance sheet isn’t horrible at all.

Last quarter they lost $2.8m in adjusted EBITDA, while revs climbed nicely. If that loss rate continued indefinitely, they could stay afloat for over a year, but I expect profitability shortly, and, while their chart too has some warts on it, their $87m market cap is very defendable,” concluded Parry. 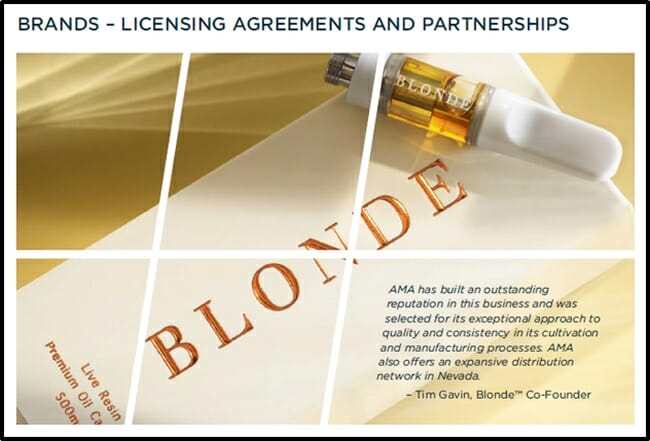 “Blonde has taken Las Vegas by storm,” confirmed Ms. Ester Vigil, President of 1933 Industries, “the positive feedback from consumers has been overwhelming. Blond has been developed as a premium lifestyle product.”

The partnership with Blonde will expand into California, once 1933 completes its renovation of the Green Spectrum facility and sets up its own extraction equipment.

“Launching a cannabis brand in a crowded marketplace requires key differentiators,” stated Tim Gavin, Co-Founder of Blonde, “We are excited to launch in California next month and to continue to collaborate with 1933 Industries as we build our brand.”

Gavin “thinks like a winemaker”, creating “beautifully nuanced, balanced and distinct flavors” in all the Blonde cannabis products. 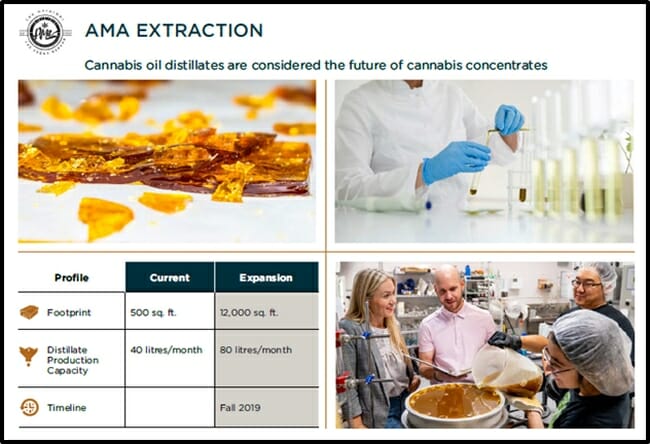 1933 has raised $36 million over the last two years and has added $60 million in assets to the company.

Three major capital projects were undertaken by management in order to build expanded infrastructure capacity for cannabis flower cultivation, as well as production of concentrates, and hemp-derived CBD extraction in Nevada.

In this Equity Guru Podcast, Parry sat down with 1933’s CEO Chris Rebentisch, to talk about its hemp extraction facility, allowing for isolation of THC, CBD, CBN, CBG and CBC.