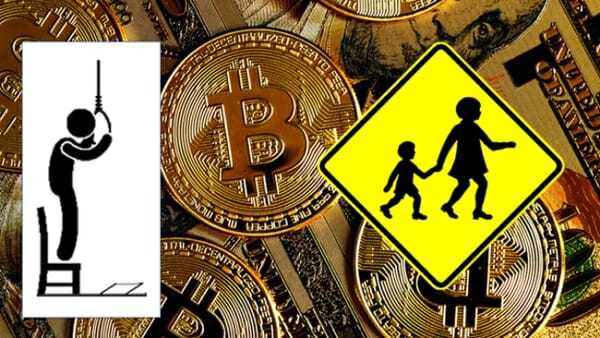 Two child-rape perverts killed themselves after the darknet’s “largest-known site of child exploitation videos” was busted.

The South Korean website operator is in prison and 337 villains have been arrested after the U.S Department of Justice (DOJ) discovered their identities by following a trail of Bitcoin transactions.

The scope of this issue is hard to wrap your head around.

“Most people think of adult rape as a crime of great proportion,” stated Darkenss-to-Light, but “nearly 70% of all reported sexual assaults occur to children ages 17 and under. The rate for youths aged 12-17 is 230% higher than for adults”.

“For almost three years, “Welcome To Video” was a covert den for people who traded in clips of children [and babies] being sexually assaulted,” reported CNN this weekend.

Between 2015-2018 child sex perverts downloaded files more than one million times, paying for their transaction with Bitcoin. Twenty-three child victims in the US, Spain and the U.K have been rescued.

“We will continue to pursue such criminals on and off the darknet in the United States and abroad,” stated the DOJ, “to ensure they receive the punishment their terrible crimes deserve.” 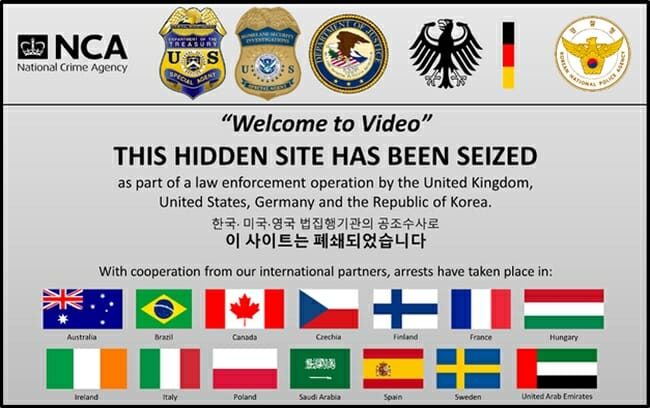 When Bitcoin was launched 10 years ago, it was supposed to be untraceable.

“Bitcoin can be purchased anonymously,” stated a bullish archival blog, “The virtual coins can travel across borders without attracting attention from customs or tax officials!”

“The system is also attractive to criminals.  Remember when float planes would leave Miami packed with cardboard boxes of U.S $100 bills?

Now cocaine buyers just bring their MacBooks to the jungles of Colombia, press a couple of keys, and transfer $10 million to the local drug dealer.  No taxes, no hassle, and all totally untraceable!”

“Criminals were successful at being anonymous at the start, but law enforcement has caught up,” stated Yihao Lim, a digital security expert in a recent interview, “Many cybercriminals are still misinformed – they didn’t do their homework.”

“Doing your homework” could be a simple as reading a newspaper.

In 2015, the creator of the illegal drug marketplace Silk Road was exposed after law enforcement traced millions of dollars in Bitcoin transactions to his personal laptop.

Bitcoin’s criminal utility has not been constrained to illegal drugs and videos of child rape.

The website “Slayers Hitmen,” represents contractors who “will execute physical attacks in return for Bitcoin,” including “scares” “shootings” and “acid attacks”.

From June 2015 to March 2018, Welcome To Video processed 7,300 Bitcoin transactions with users in numerous countries including the US, the UK and South Korea.

Because Welcome To Video was parked on the darknet, you couldn’t get to it using Google Chrome, Firefox or Safari.  You need software, like Tor, that hides the IP address.

After overcoming that low technological hurdle, it’s game on.

Anyone could create a free account.  Users could download the videos by paying Bitcoin.  They could also earn “credits” by uploading their own videos.

In September 2017, a DOJ operative right-clicked on Welcome To Video’s homepage and selected “view page source” – discovered an unconcealed IP address which was subsequently traced to a private home in South Korea.

Simultaneously, the DOJ carried out an undercover operation, buying child-rape videos by sending Bitcoin to the Welcome To Video account.

The Bitcoins were later transferred into another bitcoin account which was also traceable to the website owner.

As the child-rape voyeurs and perpetrators discovered to their horror, Bitcoin isn’t really anonymous.

For the DOJ, the challenge isn’t seeing the transactions — it’s linking the bitcoin account with an actual human being.  In the last three years, tools that can analyze and deconstruct bitcoin transactions have become better.

“Many people are not aware of the sophistication of those tools and how much [authorities] are able to glean from patterns,” stated one blockchain security expert.

Child-abusers don’t just wake up one day, twist their mustaches and decide to do horrible things.

According to a U.K study, “10% of male victims of child sex abuse will abuse children as adults.”

Some of the hapless Bitcoin pedophiles were likely victims themselves.

Do they deserve compassion?

But the consequentialist ethical theory Utilitarianism promotes “actions that maximize happiness and well-being for the majority of a population”.

Given that, we are 335 suicides away from a satisfactory resolution to the child-rape Bitcoin sting.