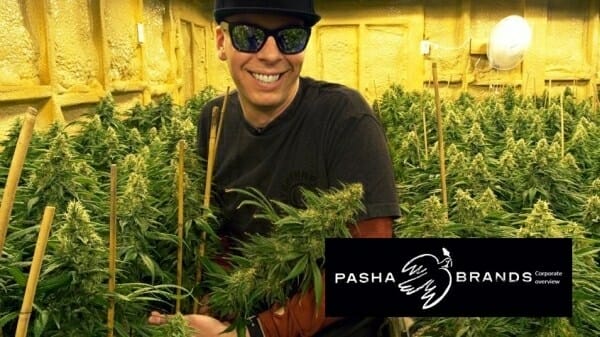 The stock market assigns no intrinsic value to the “small beautifully-constructed thing”.

You run an innovative music school?

You build yurts out of corrugated cardboard?

You grow the world’s best marijuana?

Who gives a shit?

How can we scale it? Clone its DNA? License the IP?  Move the factory to Bangladesh?

“We-do-this-one-great-thing-and-we-want-to-keep-doing-it-this-way” is not a message to give a Canaccord Broker a stiffie.

The future must always get bigger, shinier, more profitable.

Pasha Brands (CRFT.C) has discovered a way to game the system.

CRFT.C acts as a service provider to small farmers under the Health Canada license category known as Micro Cultivators.

In exchange for a cannabis supply agreement with a micro cultivator, Pasha provides a host of services ranging from quality assurance to the marketing in Canada’s provinces and territories.

Across Canada, there is an army of talented micro-cultivators (often single-family operators) who are tired of going to PTA meetings and lying about their profession.

Pasha is bringing them in, out of the cold. 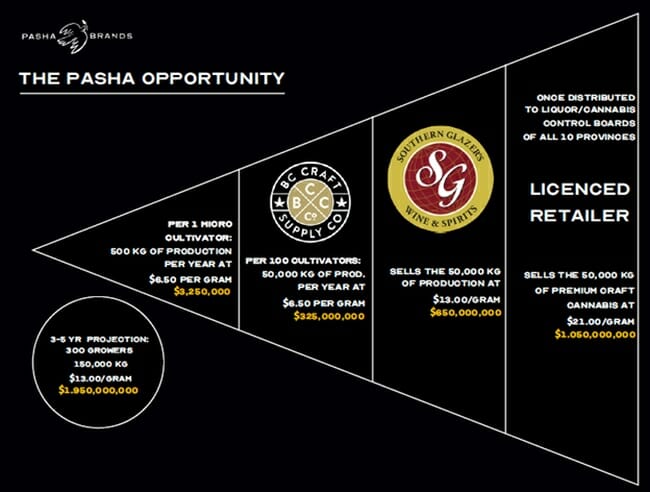 On October 4, 2019 Pasha announced that is has acquired the Beard Brothers Collective brand.

Founded in 2014 by brother-and-sister duo Bradley Macauley and Elissa Macauley, the Beard Brothers brand was previously associated with a non-profit, medicinal cannabis provider.

The Macauleys’ award-winning concentrates and advanced extraction technologies have been lauded by manufacturers and consumers alike.

“The Beard Brothers brand feels right at home with Pasha,” stated co-founder Mr. Macauley, “Elissa and I truly feel blessed to be able to share our love for this sacred plant with our communities and the world, and we’re grateful our products will reach more people thanks to Pasha.”

Pasha has acquired all of Beard Brothers Collectives’ trademarks, names and intellectual property and will launch the brand in the Canadian regulated market in the coming months.

Three weeks ago, Pasha announced that it has signed over 100 micro-cultivator supply contracts across Canada.

The idea of rounding up craft cannabis growers, and helping them do their thing, isn’t purely sentimental.  The cannabis industry has deep counter-culture roots. There is deep loyalty to the craft growers, both from consumers and retail operators.

Evidence of that can be heard in this interview with Andrea Dobbs, the owner of  The Village Bloomery.  Dobb’s retail outlet offers “a boutique range of medical cannabis products, assisting adults who are looking for a natural alternative to pharmaceutical pain relief.” 458 Google reviewers give The Village Bloomery a perfect 5.0 rating. 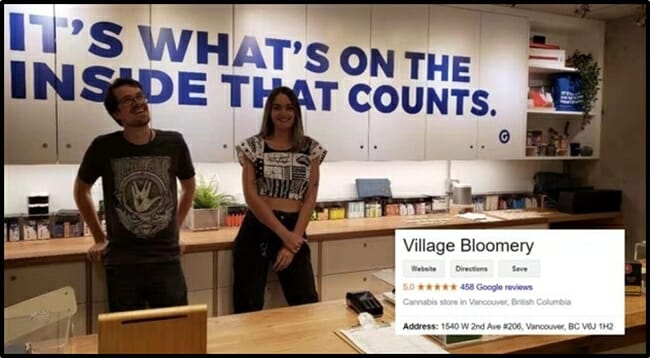 On October 4, 2019 Pasha also announced the appointment of Doug Wieland to its board of directors.  Wieland is senior VP of Southern Glazier’s Wine and Spirits.

“We believe that the next big move in Canada’s cannabis sector will be craft products,” Mr. Wieland said at the time, “I am thrilled to be joining Pasha’s board just as Canada’s legal cannabis market prepares to usher in a new wave of consumer products.”

“Doug’s experience at the head of one of the world’s largest beverage alcohol distributors is an incredible asset to us,” stated Pasha’s executive director Mr. Brauckmann, “I’m looking forward to working alongside him as we make Pasha the world’s most recognized craft cannabis brand.” 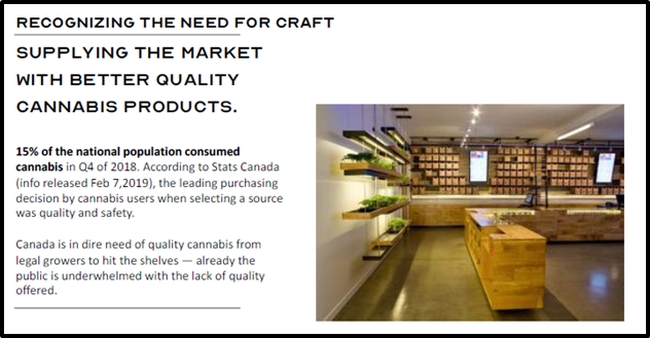 This July, Equity Guru’s Chris Parry spoke with Brauckmann about the ambitions of Pasha Brands.

The power of corporations to dismiss or destroy small businesses, is a global issue.

“There is no place among this new royalty for our many thousands of small-business men,” stated Roosevelt.