Nexus Gold (NXS.V) Canada’s empty houses are now worth $600 billion – should you sell your house and buy gold? 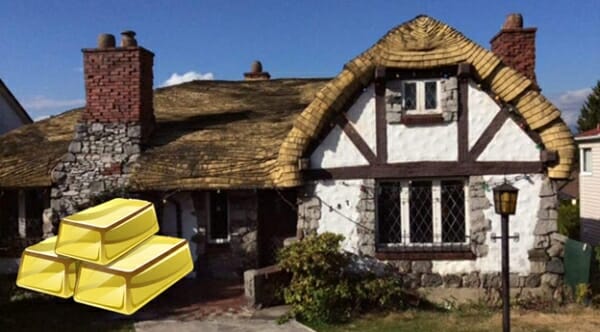 In 2009, I worked beside a razor-sharp Chartered Financial Analyst (CFA) who was obsessed with the wealth creation opportunities in gold juniors.

The dude could read charts like a gypsy reads tea leaves.

That was his jam.

The CFA insisted this was savvy money management – because he could he could play the gold markets with the $3 million he wasn’t spending on real estate.

Since that time, Vancouver property values have doubled. In the same time frame, gold is down 20% in U.S. dollars, up 5% in Canadian dollars, while the Junior Gold Miners ETF (GDXJ.NYSE) – a proxy for small gold companies – is down 70%. 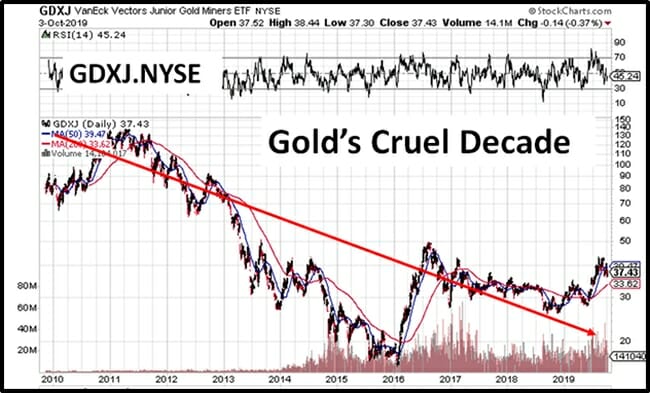 Vancouver’s housing market has become so disconnected from its primary function (to provide homes) that an astonishing 8.2% of the housing stock is languishing, un-unoccupied.

“Vancouver, Canada’s priciest housing market, has the highest percentage of empty homes compared to other cities — about 25,000 dwellings” stated the excellent Point2 Homes Research Report, “Toronto has 66,000 homes sitting empty, Montreal has 64,000, and Calgary, Ottawa and Edmonton all have more than 20,000.”

If you think this is a “North American Problem” – you’d be dead wrong.

According to statistics from the Federal Reserve , the residential vacancy rates in the U.S, have never climbed above 2.8%. 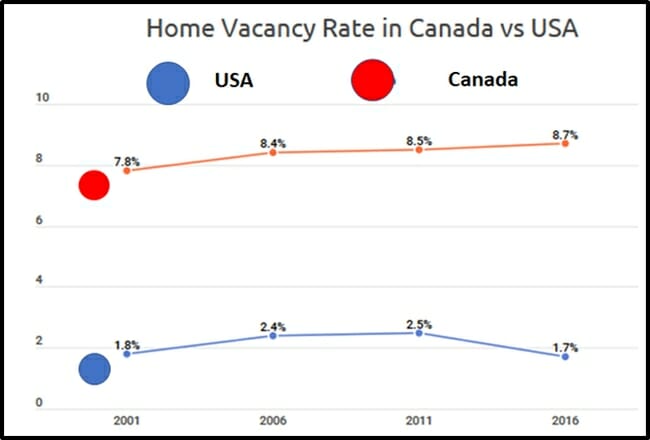 Enough with the smug articles about China’s “Ghost Cities”.

In Vancouver, we’ve got gaggles of ghosts who sit around and bullshit about the good old days when you could shoot black bears above 16th Avenue.

Historically, stocks have delivered better returns than housing.  In North America, average rates of return for housing was 3.7% per year between 1928 and 2013. Stocks returned 9.5% annualized during the same time frame.

“On the subject of ‘investing in gold until the dust settles’, Nexus stands out in my mind, both from a fundamental and valuation stand point,” stated Nolan.

On October 1, 2019 Nexus announced the signing of an L.O.I with Kruger Gold – a private company to assign “one or more of Nexus’ gold exploration projects located in Burkina Faso, West Africa” to Kruger for cash.

“We are pleased Kruger is expressing serious interest in acquiring one of our projects in Burkina Faso,” stated President and CEO, Alex Klenman. “We feel monetizing some of our portfolio is a strategically important objective for Nexus.”

“On August 20, 2019 Nexus released a corporate update regarding its Dakouli 2 project in Burkina Faso, its McKenzie project in the Red Lake Mining Camp, and its New Pilot project in the Bridge River Gold Camp of southern BC.

This 1,348.5-hectare chunk of prospective terra firma is located in the heart of the prolific Red Lake Gold Camp aka the High-grade Gold Capital of the World.

McKenzie hosts no less than nine documented historical gold occurrences. Only limited exploration been performed on the property to date—the project has significant exploration upside.

The project is strategically located adjacent to Newmont Goldcorp (NGT.T) on its east and northern boundaries, and Pure Gold’s (PGM.V) Madsen project on its southern boundary. 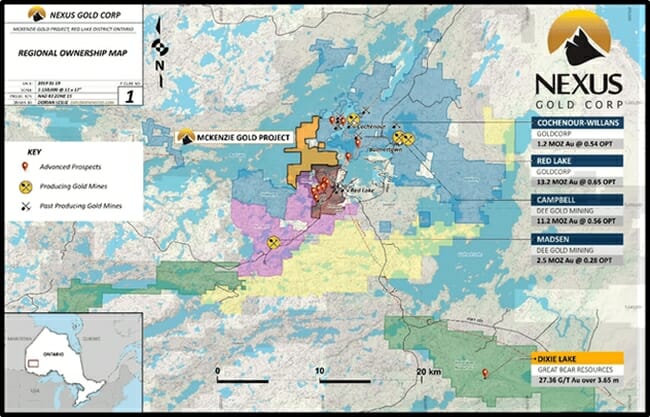 Historical work on the McKenzie property has resulted in several significant prospecting discoveries, with bonanza-grade samples returning up to 313 g/t Au. A new showing on the southwest corner of McKenzie Island, located in the northern portion of the project area, was also discovered and returned multiple high-grade samples ranging from 9.37 g/t Au to 331 g/t Au.

The company is currently in the midst of a detailed prospecting program, supplemented with ground geochemical and geophysical surveys.

The application of modern target defining technologies and methodologies will go a long way towards increasing the odds of success when a drill rig is mobilized to the project early next year.”

Nexus Gold has multiple gold projects in Canada and West Africa and it is trading at .08 with a market cap of $6.5 million.

In  a world where a single cannabis dispensary can be worth $10 million – that’s cheap.

Years ago, when I closed a deal on a 1-bedroom home in Kitsilano, three blocks from the beach, my CFA friend railed at my stupidity.

“The apartment may turn out to be a bad investment,” I replied, “But I have to live somewhere.  So, it least my investment has utility.”

That shut him up.

The volume of unoccupied houses in Canada suggests that many people are buying residential real-estate without any intention of living in the structures they own.

Ironically gold has almost no utility.

Within that asset class Nexus Gold is a shining star. 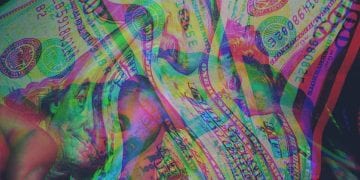