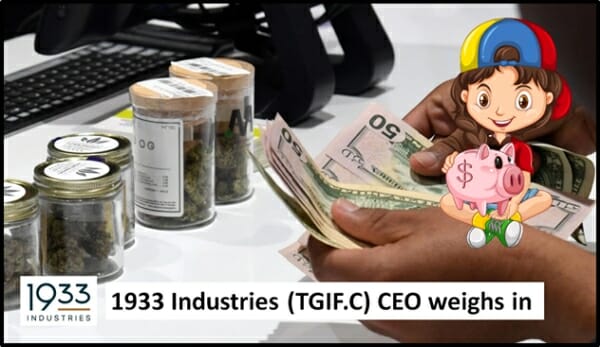 In most U.S. states children can open bank accounts with parental consent, though the little tykes must pay federal taxes if they book more than $2,100 in interest income.

“In a landmark first step toward normalization of the cannabis industry, the House of Representatives voted overwhelmingly (321-103) Wednesday to pass the SAFE Banking Act,” reported The Rolling Stone, “a bill that would provide state-legal marijuana businesses with full access to banks and other financial services, as well as allow consumers to use credit- and debit cards when buying legal weed.”

Under current federal law, U.S. banks can be prosecuted for allowing cannabis companies to open accounts.

“The lack of routine banking services has forced many marijuana firms to operate only in cash,” stated The Rolling Stone, “making them a target for robberies.”

“This bill is about public safety and protecting states rights,” confirmed Colorado Democratic Congressman Ed Perlmutter, the lead sponsor of the bill. “This one gets the cash off the streets.”

“Robberies have always been a problem for marijuana retailers, many of which operate on a cash-only basis because of a lack of banking services,” stated mjbizdaily, “In one instance, the robbers even drove a car through the front of the shop.

“I can’t for the life of me figure out why people would want to have folks walk around practically with wheelbarrows full of cash,” stated Democratic Senator Ron Wyden, “not letting them use the banking system.”

The legislation doesn’t alter marijuana’s status as a Schedule I Drug, but it forbids the federal government to punish banks that do business with cannabis companies.

Not everyone is thrilled.

With House passage, the bill now moves to the Senate.  The legislation has been sweetened to appeal to key Republican senators, including language to protect hemp businesses that are dear to Kentuckian Mitch McConnell, the Senate Majority leader. But the bill’s fate in the upper chamber remains uncertain.

If the bill is approved in the Senate, it will normalise electronic transactions at the retail level, reducing cash-on-hand in cannabis dispensaries.  It might also help small cannabis companies to get loans for a specific capital expense.

What it won’t do – is open the floodgates to big U.S. banks pouring money into the cannabis sector.

That’s not an anti-drug thing.

U.S. banks are allowed to lend money to resource companies, but they seldom do.  Why? Because bankers don’t know how to read drill logs.

Similarly, banks can lend money to film production companies but they seldom do, because bankers don’t know how to read screenplays.

In the last half decade, $40 billion of capital has flowed into Canada’s cannabis companies. The Canadian banks have mostly stood on the sidelines.

The Toronto Dominion Bank steers clear of the weed business. Bank of Montreal did a $201 million equity financing for Canopy Growth – a company that is now hemorrhaging money. CIBC helped underwrite a $60-million private placement for Canopy Rivers (RIV.T). RIV has since lost 80% of it’s value.

This U.S. cannabis banking legislation (if it passes the Senate) will give a good-housekeeping stamp of approval to the industry.  Optics are important. Over time, that could drive dollars to cannabis ETF’s and stodgy pension funds. But the concrete short-term result will be to allow U.S. cannabis consumers to pull out their credit cards. 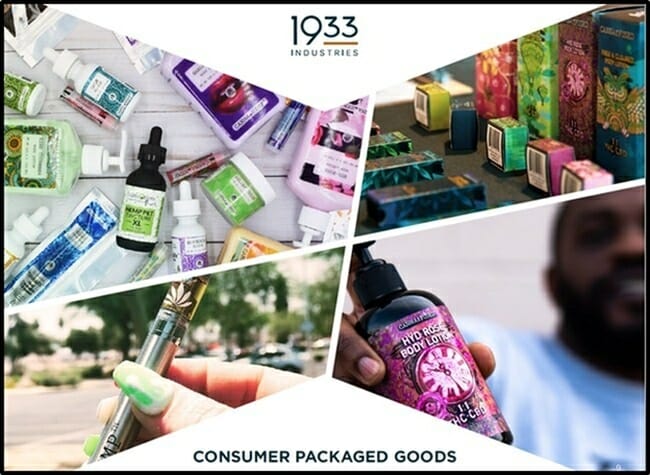 “Running a cash-based business where the state publishes your business address, information, and what you are doing is insane,” Rebentisch confirmed. “We have a giant target painted on our backs for all dishonest people to see. This [proposed banking legislation] helps to mitigate those risks.”

Ask any 5-year-old: opening a first bank account is empowering.