Beyond Boobs: Else Nutrition (BABY.V) is the plant-based baby formula alternative, and it’s a big deal

The scene: Late 2005, a run down pharmacy in East Vancouver. It’s early on a Sunday morning, raining heavily outside, and I haven’t slept for three days other than in half hour spurts, usually on the couch, or even on the floor.

The reason? My newborn son is screaming. He’s hungry, but he’s chewed his traditional food source into a pulp and it’s Just. Not. Working.

We’d been to all the pre-natal classes where well meaning and informed pediatric specialists had given us the impression that baby formula was the devil, that it might halt our kid’s development, that it might bring on allergies, and so here I was, standing in the line at a Shoppers Drug Mart, desperate to get something close to sustenance into my boy, with my unending shame clutched to my chest.

This was my shame. 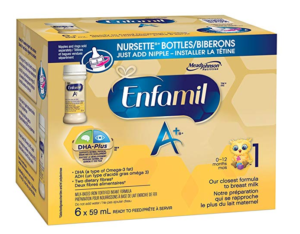 You parents out there, you know this story. The kid is underweight. He’s not sleeping. We’re not sleeping. So we go get the Enfamil and proceed to hate ourselves for being awful parents.

Turns out, most parents are in the same boat. Baby formula exists for a reason, because an awful lot of the time, breast feeding doesn’t go well. That the formula industry tries to convince folks it’s better than breast milk in various parts of the world is a foul and disgraceful act, but there is often a genuine need for breast milk replacement.

In this particular case, standing in that line, drenched in rain and self loathing, a random stranger behind me decided to share her feelings about our parenting choices and piped up with, “Well, I guess you don’t care about your child’s well-being, huh?”

I came as close as I’ve ever come to an assault charge. I could have taken out her windpipe and not a single parent juror in the world would have returned a guilty verdict. Instead, I gave her the sort of verbal dressing down that leaves permanent scars on a person’s psyche. The clerk gave me a subtle nod, as if to say, “I appreciate your restraint.”

When you become a parent, this sort of story is one of those often shared. The tendency for others to judge, to advise, to stick their nose in, and for your own parenting skills to be doubted every second of every day by yourself and others… it’s the worst part of parenting, bar none.

If you and yours managed to get through it with rainbows and robins dressing you every morning as unicorns danced in the en suite, good for you, but for us it was more often a case of us breaking keyboard keys googling all the things we were doing wrong and wondering if the authorities were going to take our kids away so they could eat properly.

Which brings us to Else Nutrition (ELSE.V).

I first encountered this group over a year ago in Toronto, as part of a Cambridge House investor tour of companies looking for start-up love, basically a deal bus filled with big players in the local investment and home office community, some high powered brokers, and me.

[contextly_sidebar id=”OR9z9qfBQnwO2Ur1j41UxOIziCEpGuns”]The presentation was perfect, the product amazing, and the timing all kinds of wrong. Everyone in the room liked it, but there wasn’t revenue yet, it leaned a little toward a female investor audience (which, to be honest, hadn’t yet reared it’s head like it has since), and the ‘plant based food alternatives movement’ (read: Beyond Meat – BYND.Q) hadn’t yet showed the investment community just how huge it can be.

Now? The timing is impeccable.

When Beyond Meat powerbombed onto the Nasdaq, running from $50 to $240 in quick time, bringing with it an $8 billion valuation and a quick effort by many to find a similarly leveled competitor, it soon shoved itself onto the menus at A&W, Tim Hortons, and now McDonalds.

Around the same time, I started getting Facebook messages from folks in the deal-making community looking for ‘anyone involved in private plant-based food companies that might be interested in going public’.

Not long after, Else Nutrition got it’s public listing debut.

Else is Beyond Breast Milk.

Here’s what it doesn’t have:

Frankly, the growers of half the items on the shelves at my local fruit market can’t say this about their products.

The dairy bit is important, as 90% of baby formula is based on cow milk protein, with most of the rest being derived from soy. An awful lot of kids aren’t going to deal well with either of those options.

Else’s product is based on proteins derived from sustainable almonds and buckroot.

It imitates the composition of breast milk, with a full amino acid profile, identical fatty acid profile ratio, and the exact macronutrient ratio of protein, carbs, and fat that you’d get from mom.

Here’s something else entirely: It tastes like it should.

At the Vancouver Cambridge House Extraordinary Future Investment Conference this past weekend, I caught up with Else again and they mixed me some of their product to try.

It took me a moment to agree to this because, ‘you want me to drink breast milk?’

They quickly scooped out some of the green plant-based powder into a small bottle, gave it a shake, and poured it out for me into a cup.

First sip: Fine. A little plain, but then I remembered that’s what it’s SUPPOSED to taste like because it’s baby food, not baby candy.

Second sip: I kept waiting for a weird texture to hit me, or clumps, such as often happens with traditional formula, but nope. It was smooth, easy to drink, and if you gave it to me in the morning and told me it was a protein shake, I wouldn’t have doubted you.

On the marketing side, this thing is going to be easy, because other than vitamins and nutrients, it has two ingredients, both plant based – and that’s it. It’s the shortest ingredient label since ‘broccoli.’

I’ll say this: I bought into Else’s pre-market raise because what they’ve developed and will soon be selling NEEDS to exist in the world. If I don’t make a profit from it, that’s fine, just let it be out there so that other parents to come don’t go through what we did.

But also, I’m going to make a profit on it because the product is legit, and it’s VERY needed, and they have to the patents to protect it, and they’ve come at it at exactly the right moment, and you boys out there need to understand that one day Else will be your reality and you will be ECSTATIC that you helped that happen with your investment dollars.

Baby formula is an $83 billion market. Time to peel off one of those billions and do it right.

UPDATE: Folks on Twitter are having a cow because Else has some ultra-cheap founders warrants. To clarify: Those are performance based. From insiders: “They are performance warrants and are only exercisable in the event that major milestones are delivered by management, employees and consultants.  Admittedly, the nature of the warrants needs to be better communicated to the street.”

I just dug into the 30M warrants. Appears they were issued to mgmt & are tied to fairly significant commercial/sales milestones b/w now & 2024. Not nearly as bad as it looks on the surface. There are 5M additional warrants @ $.15 I’d be more interested in learning more about.

Of those performance warrants, 32% open upon the company receiving FDA approval, 17% on top line revenue hitting $10m, 25% more on $20m, 25% more on $60m. I think most would agree that’s decent incentive to perform as promised.

FULL DISCLOSURE: Else is not an Equity.Guru marketing client, but the author owns stock in the company and may add more. 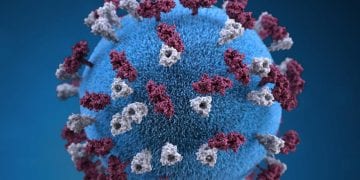