For many people of my vintage, the concept of being entertained by watching other people play video games is confounding.

But make no mistake, competitive e-sports is a thing.

According to EGLX’s corporate literature, gaming is already bigger business than movies. 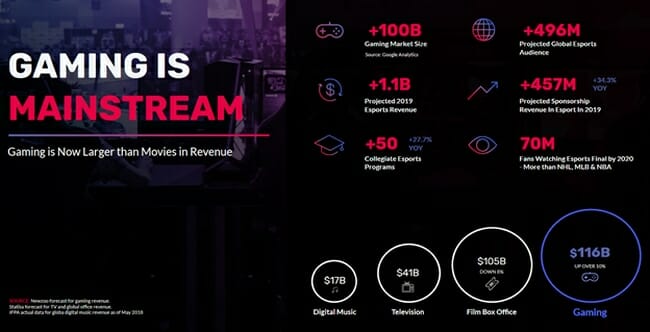 The web-based community trend caught fire 15 years ago, when Facebook (FB.NASDAQ) launched an internet “friend culture” that has been destructive to the social development of teenagers.

Instead of meeting your (real, physical) friends on a Friday night, teenagers sit at home, “posting” cryptic comments to their (virtual, electronic) FB friends.

“Liking” something is easier than forming an opinion.

“Unfriending” someone is less intimidating than explaining why you find them toxic.

Attending the Extraordinary Future Conference at the Vancouver Convention Center this weekend, I realised I am not the only investor skittish about teenagers spending large blocks of time as voyeurs in virtual worlds.

How do I say this politely?

The conference was sparsely attended.

At a panel discussion “Are you buying eSports stocks right now?”, featuring Enthusiastic Gaming’s Julia Becker and Equity Guru’s own Chris Parry, 80% of the available seats were unoccupied.

Arriving early at a party where there is an enormous amount of money sloshing around – is an opportunity to generate wealth.

Conversely, arriving late, can be a disaster.

Case in point: I attended a gold conference in the spring of 2011.  There were hundreds of exhibitors. The attendees were shoulder-to-shoulder.  I had to rotate my body sideways to squeeze down the aisles.

At that conference, one gold pundit began his Keynote Address by shouting, “Buy low, sell high!”. He received a thunderous round of applause as though he’d just announced a cure for rectal cancer. 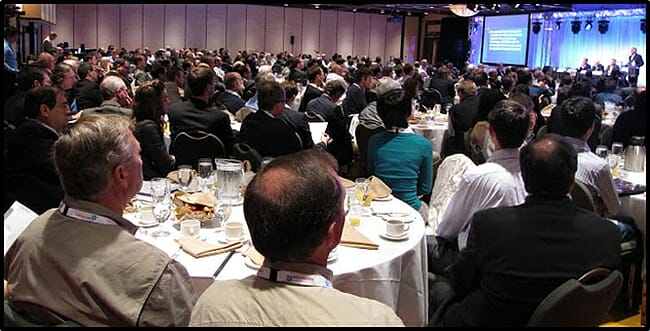 In the next three years, the price of bullion dropped 40% and the Junior Gold ETF, GDXJ.NYSE dropped 80%.  That bustling convention of ignorant, exuberant investors signalled a good exit point for gold – though I was not bright enough to take action.

The e-sports participants/customers/sponsors – are just starting to arrive.

“In 2015, 8 million people tuned into the Stanley Cup final game, 17 million tuned into the World Series, 23 million to the NBA finals, and 36 million live-streamed the League of Legends World championship,” stated Chris Parry exactly one year ago.

Now the investment community is waking up.

“AMPD Technologies is seeking to make a debut on the public markets soon,” stated Parry, “and purports to have a high performance computing solution that will solve cloud computing’s latency issues and the one-size-fits-all philosophy of sector giant, Amazon Web Services (AMZN.Q).

AMPD is providing customized technology infrastructure specifically for game developers and publishers. It’s a picks & shovels e-sports play. From the workstation, to server and security infrastructure, AMPD works with developers to design and deploy technology specific to their studio’s exact needs.

AMPD’s data centre uses “dark fibre” at speeds of up to 40Gbps for a cost-effective flat monthly rate.

Chris Parry spoke with AMPD’s CEO Anthony Brown, to get a closer look at the company, the potential of its offering and what investors can expect over the next 12 months.

Tight structure. Low valuation. Mgmt with heavy ownership but tied down for a lengthy period. The shell owners agreeing to also hold their stock for an extended hold. And the go-public raise, in a hot e-sports sector, is just $4 million, a million of which has been reserved for the little guys. 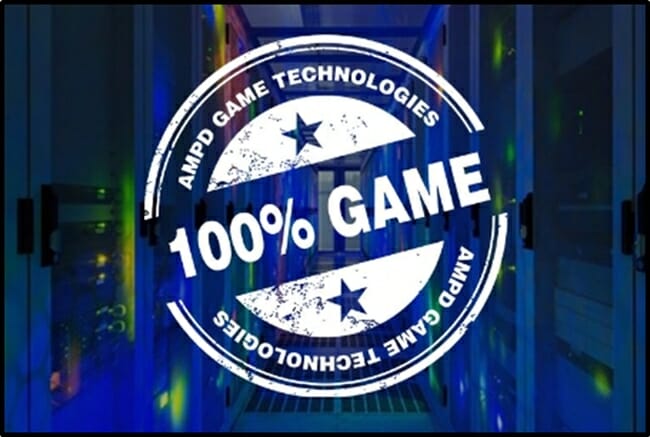 Corporations are rapidly figuring out how to monetize the e-sports space.

Riot Games just announced a new partnership with Louis Vuitton to design “League-themed items” for the League of Legends the real world.

First, Louis Vuitton will be creating a bespoke case for the Summoner’s Cup, which is the trophy given out each year to the team that wins the League of Legends World Championship.

Riot says that the case “will feature both traditional Louis Vuitton savoir-faire, along with cutting-edge, high-tech elements inspired by the League of Legends universe.”

Nicolas Ghesquière, Louis Vuitton’s artistic director for women’s collections, will be designing a series of in-game character skins along with a clothing capsule collection. Both the skins and the trophy case will be revealed at some point during the month-long world championships.

While a Ghesquiere dress might normally cost a few thousand dollars, skins typically sell for $9 to $25. It’s the first time that Riot Games has let a luxury brand place designs within its games.

E-sports organizations like 100 Thieves —have also made apparel a part of their business. 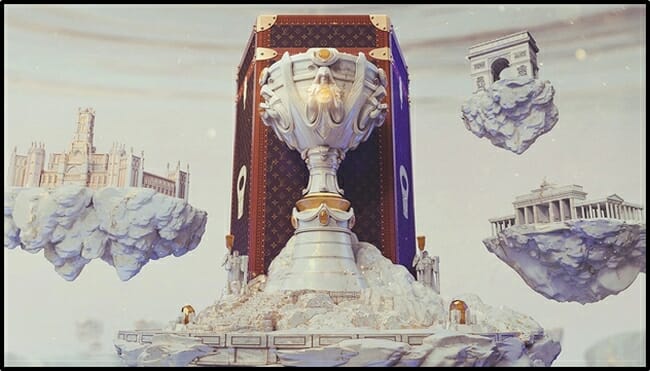 Given a choice between watching e-sports and vacuuming my living-room, I would choose vacuuming for the small frisson of pleasure I receive from capturing dust.

But even I can see, investing in e-sports now is like investing in gold in 1970 when it was trading at $39 an ounce.

Full Disclosure:  Equity Guru principle Chris Parry has invested in, and given advise to, AMPD Technologies.