“China’s economic slowdown keeps getting worse,” wrote CNN reporter Laura He on September 16, 2019, “That could give the country incentive to repair its trading relationship with the United States.”

It could also give China incentive to ban ping-pong or mandate the eating of cheeseburgers on Tuesdays.

If China is “slowing down”, then it’s a Lamborghini cruising into a light breeze.

Construction cranes dot the landscape like dandelions. According to The World Bank, the number of 1 million-plus cities in China will increase from 100 to 220 in the next two decades.

China’s “slowed down” economy is growing 300% faster than the U.S. economy.

The CNN reporter, Laura He, speaks Mandarin, Cantonese and English. She has a footprint in China and the U.S.  She’s well educated and writes vivid, clean copy. 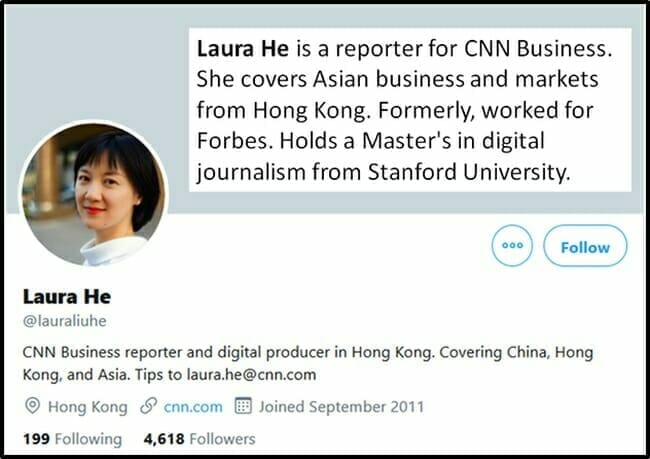 Question: “Why is this bright young Chinese CNN journalist pretending to be so utterly clueless about China?”

“Conformity is the tendency to align our attitudes, beliefs, and behaviors with those around us,” stated Psychology Today.  “It’s a powerful force that can take the form of overt social pressure or subtler, unconscious influence.”

Laura He’s boss at CNN is Jeffrey Adam Zucker (55) who ran for Highschool President with the slogan “The Little Man with the Big Ideas.”  Zucker graduated from Harvard in 1986 with a B.A in American history.

Zucker – and his U.S. readers – don’t want to be told that they are citizens of a rusty empire in intellectual, spiritual and economic decline.

“Get educated! Work harder! Buy Less Useless Shit!” – is not a winning Presidential platform, nor a message that will expand CNN’s readership.

Here at Equity Guru, there is a dearth of Trump fans. But in truth  there is nothing Obama, Clinton, Sanders or Biden can do about this decline.

“The country released data Monday that showed industrial production — an important indicator for China’s economy — increased by just 4.4% in August compared to a year earlier,” wrote Laura He, “That’s worse than the sector’s performance in July, when it grew by 4.8%, its weakest growth in 17 years.”

“Lowest-Chinese-industrial- production-growth-in-17-years” sounds bad until you wrap your head around the fact that IT IS GROWING.

“We expect the U.S. trend in manufacturing output to fall through the end of the year, at least,” said Ian Shepherdson, chief economist at Pantheon Macroeconomics.

I’ve lived in China, done business in there, can speak Mandarin, but I guarantee you Laura He knows more about the country than I do – or ever will.

Reading her CNN coverage of the U.S.-China trade war, you’d think Laura He was a California egg-head working towards a PHD in Asian Studies.

She writes about China’s “incentive to repair its trading relationship with the United States” as though China’s President Xi is playing the same game as Trump.

But nothing could be further from the truth – and she must know that.

Trump likes power.  There’s an election coming up.  If the U.S. falls into a recession, Trump will lose the election. Those are the stakes.

Here are five reasons the Trump-initiated trade war is back-firing:

1. China, Mexico, and Canada have responded by taxing soybeans, dairy, pork, apples, potatoes etc.  Prices for soybeans quickly dropped to a 10-year low. To quell the outrage, Trump had to give the farmers a $12 billion bailout.

2. Other territories – including Japan, the E.U, India and Vietnam have moved in to take the U.S. business.  That business may never come back.

3. The tariffs Trump imposed on China cost the average American household $600 per year, according to a report by JPMorgan Chase. That will rise to $1,000 if Trump carries through on all current tariff threats.

4. Trump claimed that taxes on Chinese goods will allow the US to start paying down “large amounts” of the US’s $21 trillion debt. The Washington Post discovered that it would raise about $21 billion at most, or 0.1 percent of the total debt. Trump has added about $1.6 trillion to the debt since taking office.

5. People criticize Trump for being “clueless” – which is a euphemism for “stupid” but dictionary.com defines as “ignorant, unaware, uninformed.” Trump once asked an advisor, “Is a strong U.S dollar good or bad?” No ideas. No end-game.  He appears to be technically clueless. 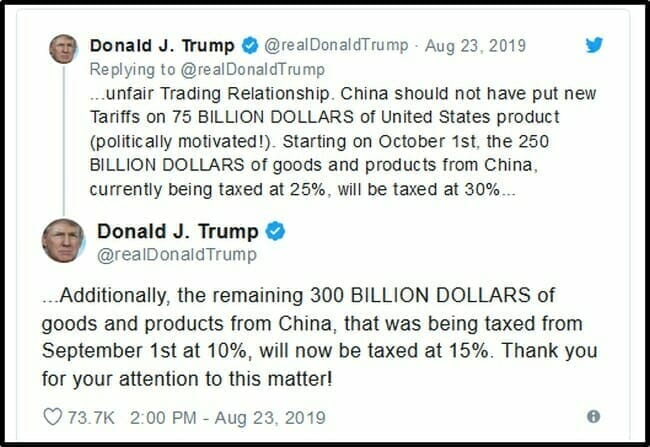 President Xi, in contrast, is not facing a 2020 election. Yes, he’d love for China’s economy to boom now. But he is more focused on his legacy.

President Xi plans to eclipse them.

Xi’s authoritarianism being showcased to the world, serves as an alternative to the Western model.

“Industrial production is important because it measures the output of key businesses in China’s manufacturing, mining and utilities sectors,” wrote Laura He.

China’s “Retail sales growth slowed to 7.5% in August, down from July’s 7.6% year-on-year uptick,” Laura He continued gloomily. “The world’s second biggest economy has been struggling because of its trade war with the United States.”

Maybe worth a mention.

Yes, my beloved neighbours to the south, it is truly embarrassing. 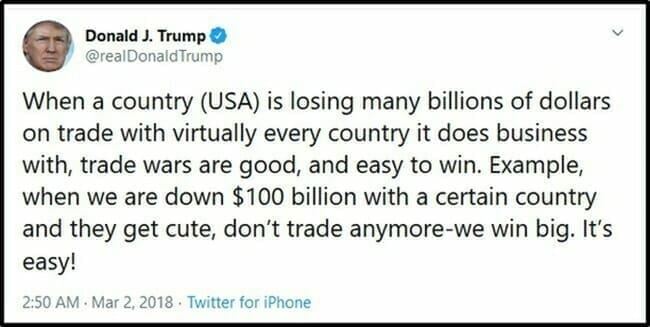 Socio-economically, my Chinese friends run the gamut from taxi drivers, to dancers, to restaurant owners to film executives.

They have differing opinions on many subjects but these are things they all agree on.

I’m going to take a wild guess that deep down, CNN business reporter Laura He agrees with my Chinese friends, but she’s too frightened to say that in front of her American bosses.

Full Disclosure: The writer is married to a dues-paying member of the Chinese Communist Party.

[If you are a retail investor, wondering how this all plays out, the answer is gold, gold and gold.]