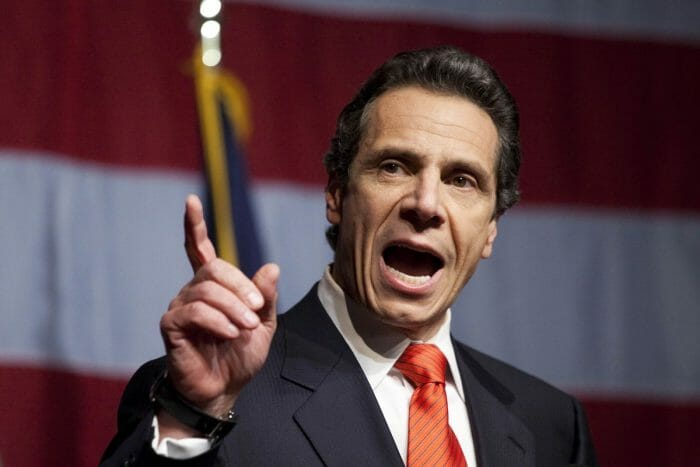 A rash of vaping-related illnesses in the U.S. has led Andrew Cuomo, Governor of New York, to ask his Department of Health to advise New Yorkers to stop vaping as the number of affected continues to rise.

Up to 450 cases of hospitalization have been caused by what is believed to be vaping-related illness across 33 U.S. states, and four deaths have been reported as of September 8.

“There have been a number of deaths. There is an investigation ongoing. Nobody knows exactly what it is. There is some suggestion that is linked to Vitamin E, et cetera. Our health guidance is no one should be using vaping products period until we know what it is.”

Vitamin E acetate was found in “nearly all” of the THC-containing concentrate products analyzed by the Wadsworth Center after their users were hospitalised.

Cuomo’s advisory to cease using all vaping products was followed-up by a statement from the New York State Department of Health (NYSDH) commissioner, Dr. Howard Zucker.

“Heeding the warnings from CDC and at the direction of Governor Cuomo, today I am urging New Yorkers to stop using vape products while the investigation into the definitive cause of reported vaping-associated illnesses nationwide can be better determined.”

Although Zucker’s statement falls in line with messaging coming from the Governor’s office, the NYSDH’s Thursday press release stated only that the “Department Warns Against Use of Black Market Vaping Products.”

Concentrates are not available for purchase recreationally in the state of New York.

Today, the New York State Vapor Association (NYSVA) issued a statement in response to Cuomo’s call for a moratorium on vaping until a definitive cause to the outbreak of respiratory illnesses is identified.

Spike Babian, a spokesperson for the association, warned the Governor that confusing e-cigarettes with black-market cannabis products may lead New Yorkers back to smoking.

“If a bad batch of penicillin causes illness and death, CDC doesn’t recommend people stop using all antibiotics. It is irresponsible to warn people to stop vaping life-saving e-cigarettes when tainted ‘e-joints’ have already been isolated as the source. After achieving all-time low smoking rates, these misleading statements will cost thousands of lives when New Yorkers return to cigarettes,” says Spike Babaian of NYSVA.

According to the NYSDH, vitamin E, the compound at the center of the department’s investigation, was “not seen in the nicotine-based products that were tested.”

By 2020, nicotine-containing e-liquid retailers must be licensed and will only be permitted to sell to customers 21-years-old or older, according to the NYSVA.

There are a number of multi-state operators operating in New York which seem to be feeling the effects of the political pressure against vaping.

Although it is impossible to determine causation in the markets (i.e. this news caused that spike), there does seem to be a trend emerging.

IAnthus Capital Holdings (IAN.C) has two dispensaries in New York State under their Citiva brand. The company is down 5.3% on no news.

Vireo Health has dispensaries in Albany, Binghamton, Queens, and White Plains. The company is down 2.1% on no news.