That’s right. A company has invented a way to locate, analyze and counteract fake news. Someone get Donald Trump on the line—this is gonna be yuuuuuge, or something. Actually, maybe don’t get Trump on the line. He doesn’t need anymore encouragement.

“These technology developments are a major milestone for the company. Datametrex will be one of a select few AI companies that can offer this type of analysis and detection for governments, military, media, marketing and data collection agencies, and corporations to identify and manage fake news,” said Jeff Stevens, president and CEO of Datametrex AI.

How big of a problem is this?

Beyond the usual Buzzfeed clickbait tripe regularly pandered by digital hucksters, fake news is news, stories or hoaxes created to deliberately misinform or deceive readers. Usually, these stories are created to push a political agenda or cause confusion. It can actually be quite profitable for online publishers, but is generally counteracted by an eyeroll and five minutes using the google search engine.

So what exactly is Datametrex AI offering?

A set of powerful tools to identify and manage narrative, so we can give up all remaining vestiges of critical thought and give ourselves over body and soul to the algorithms that dominate our lives.

The following three technologies — topic, viewpoint and narrative identification — track false narratives in the discussions on social media for a region or in relation to an event, such as an election. This is key to deception detection and message shaping:

If we’re being cynical, then DM should make an absolute killing with this product on the public market.

Maybe DM’s onto something. First, let’s consider an alternative:

How to spot fake news?

There are a number of things to watch out for when evaluating content online:

But all jokes aside, there’s a serious dark side to this technology. Let’s consider, for example, given the monumental assumption that the technology actually works, what will happen if totalitarian governments like China take an interest. In the future, technology will come with a set-it-and-forget-it function for oppression.

Bot/agency actor user interface — depicting within NexaIntelligence the bot/not-bot scores referred to above, as an overlay onto the actor interaction map, so that a user of NexaIntelligence can select and filter for the different types of actors, showing bots at the flick of a switch. This technology is useful for identifying artificial amplification of fake news.

Bot detection — improvements on industry standards for detecting fake accounts on social media known as bots that propagate messages attempting to influence public opinion. This is part of fake news detection as bot activity is often deceptive and negative toward opponents of the creators of the bot hordes, including malicious actors and foreign interests.

Or whistleblowers. Or journalists. Or anyone with a social credit score below a desirable level.

After DM reproduces the technology to scale in comparison to China’s media requirements, the platform will have effectively morphed from an amusing, if not ineffectual, widget used to zap unwanted Buzzfeed articles about Nicki Minaj’s lipstick colour du jour into a censorship device using the latest in machine learning.

After all, who defines what is and is not fake news? 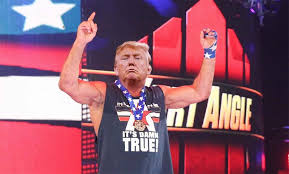 And most Americans laugh at him because their speech is protected by the first amendment.

Who will it be tomorrow?

Now there is fake news. Quote: “And most Americans laugh at him”. Unquote. Seriously?
In reading this article and sharing it with others, this article was all about what appears to be a chance to bash Trump and several of my colleges agree. There as no real value to this article of interest. Personally, I do agree on a few notes that one needs to undertake their own research to know if its real or not as there is a lot of unreal news out there – fake that is. If you left the hatred out you have for Trump I think your article would be more credible and not unfocused what you where bringing across.
I have read many of your other articles and are good, please keep up the great work but leave out repeating your personal feelings for someone and focus at what your saying.

PS: Some type of crypto currency update of past and present Guru clients would be great.