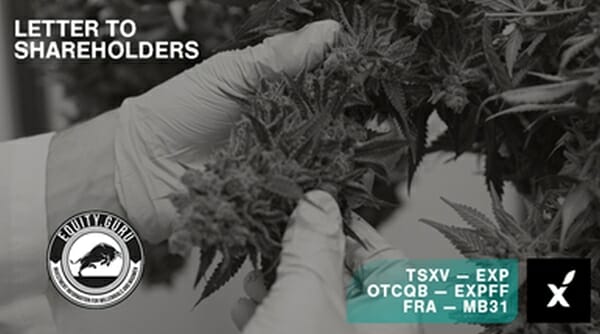 Before becoming a weed titan, Bruce Linton, the CEO of Canopy Growth (WEED.T) was an IT executive.

Adam Bierman, the CEO of MedMen (MMEN.C) was a health & wellness marketer.

Brendan Kennedy, the CEO of Tilray (TLRY.Q) was the COO of an analytics co.

Sean Dollinger, the CEO of Namaste (N.V) was the night-manager at a taco stand.

Despite superior IT, marketing, analytics, and frequent Tequila-Tuesday white-board meetings, in 2019 these four companies lost a combined $15 billion in market cap.

Linton, Bierman, Kennedy and Dollinger are gifted spokesmen, but had no experience building a profit engine.

Imagine if you could find a cannabis CEO who had previously built a company from the ground up in a pioneer industry, and sold it at a profit.

Exhibit A: Jay Garnett, who founded Seattle’s Best Coffee Canada in 1993, and expanded it across the country until it was acquired in 2003 by Starbucks. Garnett was also the CEO of Steaz organic teas, which was ultimately acquired by the Mexican food and drink distributor giant, Novamex.

EXP has a market cap of $22 million, which is 220 X smaller than the Cronos Groups’ (CRON.T) market cap of $4.8 billion.  Cronos sold 1,584 kilograms of weed last quarter and is currently attempting to “build an iconic brand portfolio”.

Editor’s note: A weed company announcing its intention to “build an iconic brand portfolio” is like a chubby six-year-old boy bragging that he is going to be a world- famous ballerina.  You don’t want to squash his dreams.  But there are identifiable obstacles ahead.

On September 3, 2019, Garnett addressed his shareholders:

Our plan is simple, build a viable business and chart a path to profitability.  It is our belief that executing a plan to profitability will set us apart from our competitors while rewarding our shareholders and attracting new investors.

“Consumers around the world spent approximately $12.2 billion on legal cannabis in 2018, according to BDS Analytics, increasing from $9.5 billion and $6.9 billion in 2017 and 2016 respectively.

Experion believes that as the cannabis industry matures, the market is going to reward focused companies that can monetize their assets.

While most of the focus within the cannabis industry has been the domestic recreational market, Experion is placing strong focus on the medical cannabis segment where we see a burgeoning market rife with opportunities both at home and abroad.

Experion grows quality cannabis, with strains sourced from rare genetics and cultivated using the highest standards. The concept is simple; grow well, provide consistency, and your company and its products will be valued by customers.

Experion values and is ready for scalability. We started with a smaller facility to allow us to gain the experience needed to grow our cannabis to the highest standards of quality while meeting regulatory requirements.

Canada’s legal adult-use cannabis marketplace has been staked out in British Columbia and Saskatchewan; where products in both categories are already being sold through provincial and private licensed retailers.  We are actively expanding our footprint into other provinces soon to be press released.

Citizen Stash is our adult-use brand, which introduced the award-winning strain “Lemon Zkittle”,

Kanabé is our brand for cannabis health and wellness products intended for everyday use.

EFX is focused on medical applications and treatments using cannabis, and has developed several proprietary formulations for pain control, as well as a suite of value-added medical products.

“Jay Garnett has precisely zero f’s to give about building a million square feet of cannabis grow,” confirmed Equity Guru’s Chris Parry on June 3, 2019, “He’s not buying a hemp farm in the Outer Hebrides, or a license application in Mongolia, or a mega greenhouse near the airport in Nunavut.”

“Garnett’s got a ten acre property in BC with a beautiful, fully licensed, fully operational grow facility, and it’s putting out clones, which larger licensed producers are paying for,” continued Parry, “It’s also putting out finished cannabis, which he’s selling to those same LPs when they can’t keep up with demand, and he’s selling his own products through three well received brands.”

“Experion opened the year with news of the EFX purchase, which catapulted the stock to almost a double, but then came a sell-off,” observed Parry, “The company has had more good news than bad: they’re selling through Broken Coast, they’re supplying a few other LPs, and Open Fields in Saskatchewan. 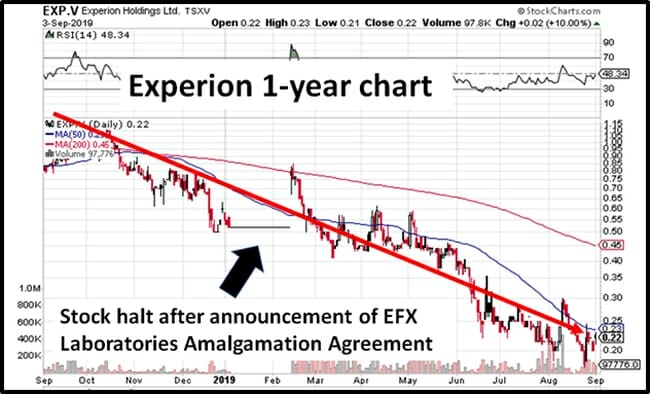 Most of the inaugural crop of eloquent charlatans leading big-cap cannabis companies have been fired, because they could not formulate a coherent plan how to make money.

Jay Garnett built a profitable coffee company from the ground up.

Let’s see how he does with cannabis.