And it has four licenses.

And it says it’s building out 2.75 million square feet of grow space.

Amazing. All of those things are things you’d like to see a cannabis company doing.

So why is the stock chart this? 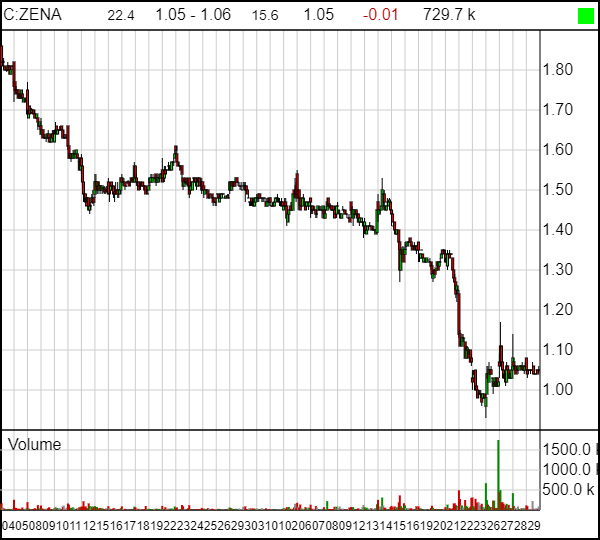 Well, most cannabis companies are having at least a little chart trouble on the markets right now. There’s been a definite sentiment downturn and the balance sheet issues facing some large companies are causing investors to think twice about hanging long.

Given that, there have been some pretty savage and pronounced downward blows on Zenabis (ZENA.T) over the past few weeks that defy even the usual macro downward pressure. 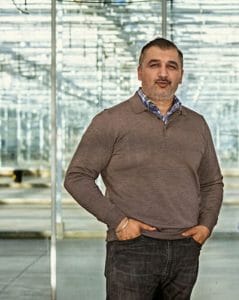 Well, some of it is down to the guy on the right.

That’s Ricky Brar, one of the founders of what would become Zenabis, and also its CEO for four months last year as it was RTOing with Bevo Agro Inc. and Sun Pharm Investments.

As one of the guys who set this whole thing up, Ricky deserves wealth. He deserves to be well paid for creating wealth for others. He took a gamble and it paid off.

And when the RTO went down, a deal was struck that grants him a lot of stock in the resulting public company.

Nobody wants to see all that stock sold in one lump, which would drive down the ZENA share price, so a secondary deal was struck that the founders would voluntarily pool their stock, so as to not drag the company down before it had a chance to thrive.

Certain shareholders of Bevo and Sun Pharm have entered into a voluntary pooling agreement under which 111,558,446 shares of Bevo or Sun Pharm, which will represent approximately 60 per cent of the outstanding shares of Zenabis on completion of the reverse takeover transaction will be subject to voluntary restrictions on disposition.

The applicable shareholders depositing the pooled securities include all of the founders of both Bevo and Sun Pharm who will be continuing on with the business, with the deposits of pooled securities being made under the pooling agreement as shown in the attached table.

In other words, ‘we’re not going to sell that mountain of stock for a while’.

Read that properly – it’s not 7.5% of shares opening to trade ‘in six months’, they’re opening ‘for each of the following six months.’

That’s a LOT of shares.

So.. this happened next: 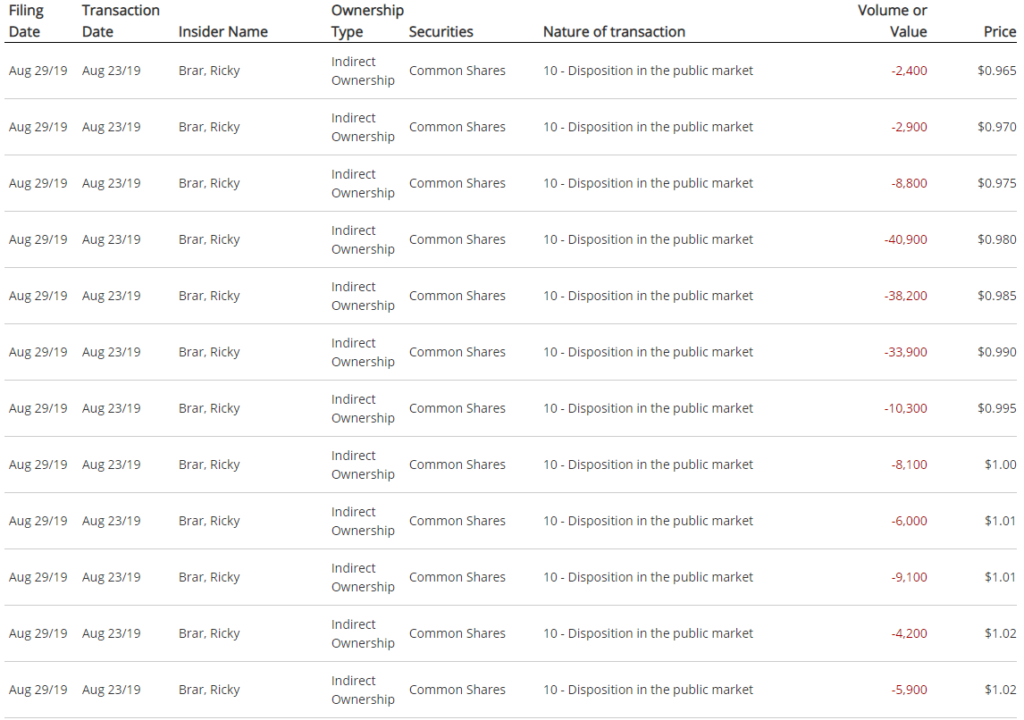 For those that don’t know, these are the insider selling details for Zenabis for just the last 12 sales, which all took place on the same day.

There are another seven pages of these, going back a week prior, totaling 1 million shares sold in a hurry.

Because Brar has more than 10% of the stock in the company, he has to file a notice every time he sells some stock. And, boy, I hope he’s getting a discount on his accountant’s time because

That’s not all he had to sell, by the way – by our info, we think he has around 23 million shares left, though most of those are still pooled.

He may well keep them all forever like a good little saver, but he also may, as he did on the 15th, 16th, 22nd, and 23rd of this past August, just dump them onto the market in big swathes, potentially causing the company to lose 30% of its value again. 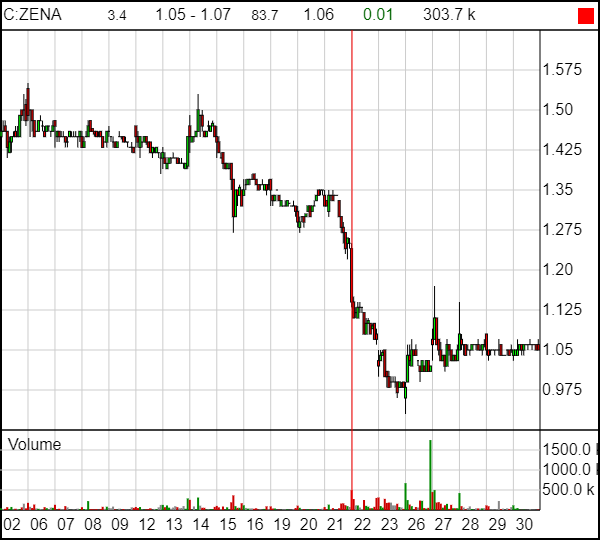 This, of course, set of a multitude of Twitter tirades when it emerged yesterday, including by yours truly.

On the upside, one could say it’s a good thing the pooling agreement kept Brar from unleashing a sales tsunami for this long, and that you can’t fault a guy for cashing out on his win a little.

These things are true. Ricky Brar is not an asshole for selling stock for a profit.

He may be an asshole for HOW he’s selling that stock.

Smart investors know, when they have a big chunk of stock to sell, the first move is usually to talk to the company itself, as they may be able to find someone to take the stock off your hands without smashing the bid downwards into oblivion.

Brar knows this full well because, back in March, when the first of the pooled stock began to free up, he found someone to take 1.6 million shares off his hands (and the hands of others) in private transactions.

I hope whoever took those shares off him has a long term outlook, because they’re down about 2/3 on their money at today’s share price.

The market hasn’t exactly shown confidence in ZENA of late, and the company is currently snarled in someone uncomfortable financing that promises to flush a lot more shares out some time soon, so perhaps Brar tried to find a willing buyer and simply failed.

Here’s the thing: He has a little under 2 million more shares coming out of the pool on the 19th of every month, and that opens up to 2.25 million every month in November.

See attached for table showing the Cumulative Shares Released under $ZENA‘s Pooling Agreement. As of August 8th, Rick Brar had ~8.5 million shares released and he has since sold ~1 million of those shares. Slide from March 21st IR Presentation also attached for reference. pic.twitter.com/aMjnIFYgxI

How exactly is anyone supposed to invest in ZENA as a long term play, when on the 19th of any month, a former director (either Brar or the others) can flush the company to the tune of another two million shares?

What are those other founders going to do? Watch Brar cash out and flush their investment further down, or might they start selling too?

My guess is he’d rather get out now than at 0.50 when the bevo folks start running for the exit

HERE’S THE THING: THEY MAY ALREADY BE DOING SO

The way the insider trading system works is, you’re compelled to file your trades within a fair amount of time – usually a few weeks. But if you don’t file, nobody knows about it. And even if you file a year late, or get busted not filing at all, the worst that will happen is a 3 figure fine.

[contextly_sidebar id=”SsbsxbdJxQVPN82Kz3uHbyznJjJOF3Bn”]According to people I’ve spoken to at the BCSC, this is because they have no system to track insider trades, and don’t want to discourage folks from filing late by punishing them, because then they wouldn’t have any idea it was happening at all.

Brar is actually doing the right thing by investors, in that he’s letting them know he’s trading their stock in big numbers. Others may also be doing so in silence and, if they’re not, they’re not smart.

It may well be that Brar needed a million bucks pulled out to help fund his new company, Brains Bioceutical, which has apparently only been around four months under Brar’s control, but is already advertising itself as “a globally recognized leader in GMP-certified production of naturally-sourced Active Pharmaceutical Ingredients (API)” and “the global standard of cannabis API.”

No big deal. Just the leader.

The address for Brains is 200 Granville in Vancouver, on the same floor as the group that runs Isodiol (ISOL.C), which has been infamous over the last few years for paying tens of millions in consulting fees on companies it runs, even as they lose tens of millions per quarter.

Isodiol is working to clean up its rep and today posted financials showing progress on that front.

Meanwhile, back at Zenabis, let’s be generous and assume the selling wave is done and the company will get back at serious business forthwith.

Cool. The new CEO as of January this year, Agentis Capital founder Andrew Grieve, says he’s foregoing salary and instead tying his compensation to EBITDA milestones (not so much of that) and a handful of options (that are now way underwater)

I’m sure he’s a breath of fresh air over there.

For the past nine months, Mr. Grieve and Mr. Brar have been the primary architects behind the transaction to create Zenabis, and will continue to collaborate, combining their respective strengths to achieve Zenabis’ full potential. Mr. Grieve and Mr. Brar worked closely on developing the strategy, vision, and organizational design of Zenabis as they successfully completed the Zenabis Transaction, with ZENA debuting on the TSXV on January 10, 2019.

Well, at least if his compensation is tied to the company doing well, investors should be confident going forward, right?

“Andrew proposed a compensation plan that was solely performance based and ensured alignment with the creation of long-term shareholder value.”

That’s what we like to see! I mean, I’m not sure why Grieve entered into such terrible financings over the last few months, but at least he’s rowing in the same direction as shareholders, right?

In connection with Mr. Grieve joining Zenabis as CEO, Zenabis has also agreed to enter into a separate agreement with Agentis Capital Partners in order to continue to receive financial advisory services from Agentis. The financial advisory agreement is for a term of one year and is intended to assist Zenabis in its participation in the anticipated industry consolidation over the coming year. Agentis will receive customary, market-based, success fee payments on completion of financings, acquisitions and dispositions during the term of the agreement.

Oh, just get fucked, everyone.

FULL DISCLOSURE: Not a client, not a holder of the stock.