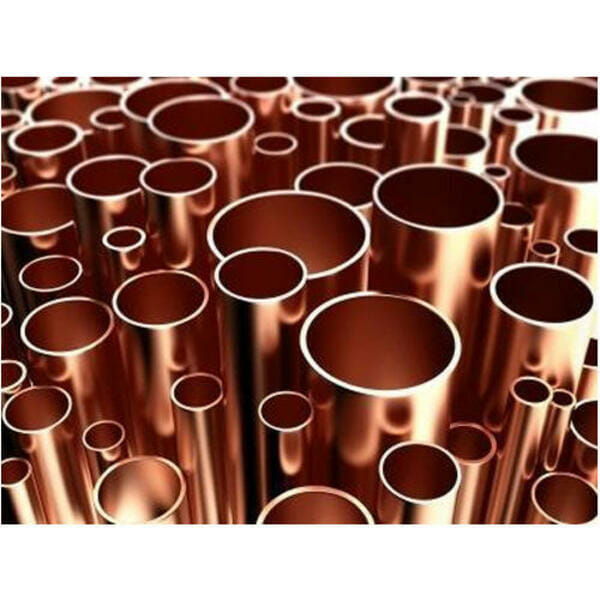 Rockridge Resources (ROCK.V) is likely champing at the bit, anxious to mobilize another drill rig to its vastly underexplored Knife Lake project in mining-friendly Saskatchewan.

The discovery potential at Knife Lake is wide open.

Knife Lake is a VMS type setting. VMS deposits often form in clusters—where there is one, there are often others in close proximity.

To really appreciate the prolific nature of these unique geological settings, the following video is a good primer.

Not only is Knife Lake a VMS type setting, its 85,196-hectares of prospective terra firma is located northwest of Flin Flon, along one of the most prolific greenstone belts on the entire planet, in a province held in the highest regard by the Fraser Institute’s annual survey of mining jurisdictions.

Since the discovery of base metal mineralization in 1915, the Flin Flon camp has produced over 170 million tons of sulphide ore from 31 VMS deposits worth in excess of $25 billion dollars.

This historical production means that the region is riddled with mining infrastructure. In fact, a 357 kV powerline runs within 16 kilometers of the Knife Lake deposit area, greatly enhancing the project’s infrastructure.

If you’re brand new to the Rockridge story, yes, I used the word ‘deposit’ above. On August 14, Rockridge announced an inaugural NI 43-101 resource estimate for its Knife Lake project.

Equity.Guru had a few things to say regarding this important development: 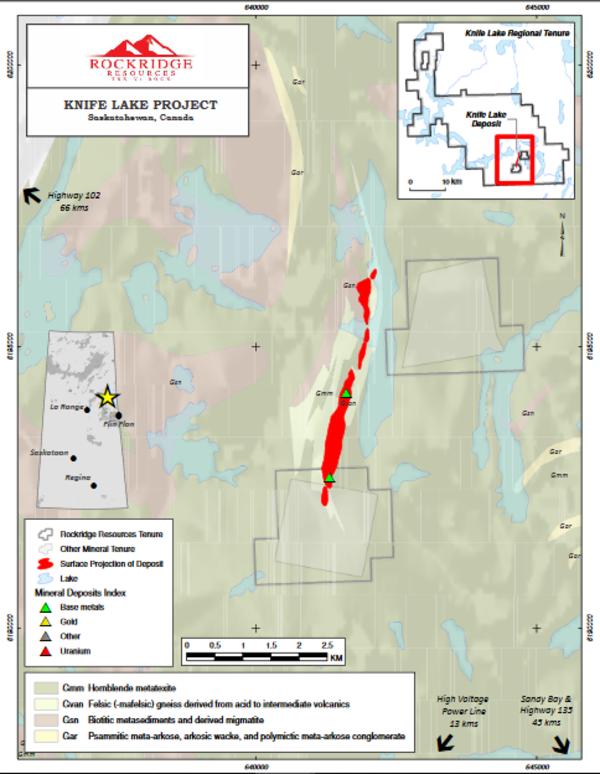 “Compilation and initial modelling indicate potential for expansion of the deposit at depth. The recent drilling focused on resource upgrade as well as infill drilling between historical holes. The program gave the Company’s technical team valuable insights into the property geology, alteration, and mineralization that will be applied to future regional exploration on the highly prospective and underexplored land package.”

Remember, this is a VMS type setting—where there’s one mineralized zone, there are often others.

Now consider that ROCK’s 85,000-plus hectares are vastly unexplored. Historic conductors, alteration and mineralization at regional targets suggest this first resource estimate is merely the type of the iceberg. 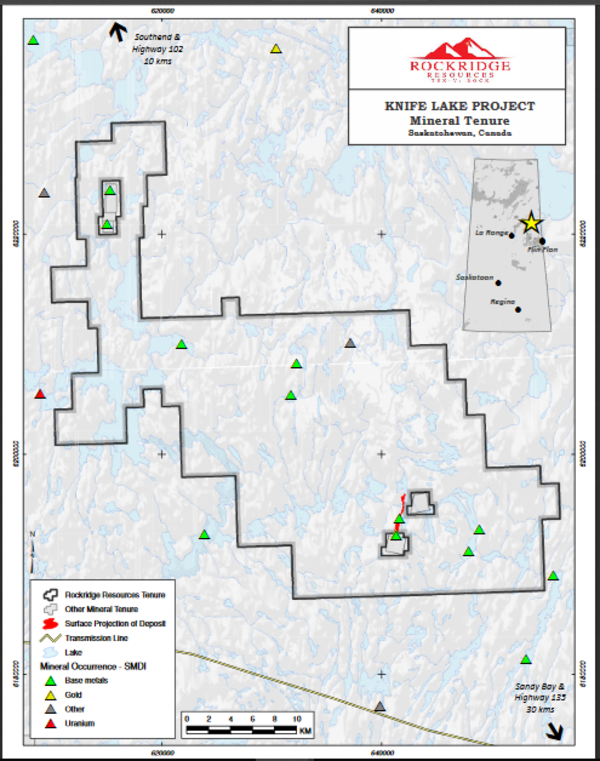 Current and future exploration campaigns will be designed to identify and prioritize drill targets—those in the vicinty of the Knife Lake deposit.

New discoveries made in proximity to the Knife Lake resource will create important development synergies that will enhance the project’s overall economics.

This team has created significant shareholder value in the past by making discoveries, methodically building tonnage, and then monetizing the asset by selling to a resource-hungry producer. This is something to keep in mind as management pushes Knife Lake further along the development curve.

The company’s deep delve into historic data has led to the identity of no less than 11 highly prospective targets within their extensive landholdings. Numerous secondary targets have also been shortlisted for follow up exploration.

As I pen this article, the company has boots on the ground with their focus on three priority targets: Gilbert Lake, Scimitar Lake and Machete. Importantly, all of these targets are in the immediate vicinity of the Knife Lake deposit.

… is another large target approx seven kilometers east of the Knife Lake deposit. Scimitar contains over 3.5 kilometers of prospective VMS stratigraphy. Three historic drill holes were centered on EM conductors identified with ground geophysics. Two of the holes tagged shallow copper mineralization with chalcopyrite and native copper. No assays were cited in the historical reports. The majority of known conductors at Scimitar remain untested both along strike and at depth.

In previous Guru offerings we discussed the possibility that the Knife Lake deposit itself may represent only a fragment of a larger orebody—a larger orebody that may lie at depth.

“Knife Lake contains typical VMS mineralogy which has been significantly modified and partially remobilized during the emplacement of granitic rocks. Therefore, the known deposit may represent a remobilized portion of a presumably larger “primary” VMS deposit based on general observations about the mineralogy, mineral textures and metal ratios in the deposit. Most of the historical work has consisted of shallow drilling at the deposit area with little regional work carried out and limited deeper drilling below the deposit. As a result, there is strong discovery potential both at depth and regionally.”

Further, for those with a good sense of direction:

And for those with more than a rudamentary understanding of geology:

“The deposit is hosted by felsic to intermediate volcanic and volcaniclastic rocks which have been metamorphosed to upper amphibolite facies. The deposit contains VMS mineralogy which has been significantly modified and partially remobilized during the emplacement of granitic rocks. The mineralization straddles the boundary between two rock units and occurs on both limbs of an interpreted overturned fold.”

There is much speculation over what may lie at depth at Knife Lake. Speaking of depth, check out the resumes of this management team. Divining new discoveries in complex geological settings requires a dedicated team of sleuths who live and breath this stuff. 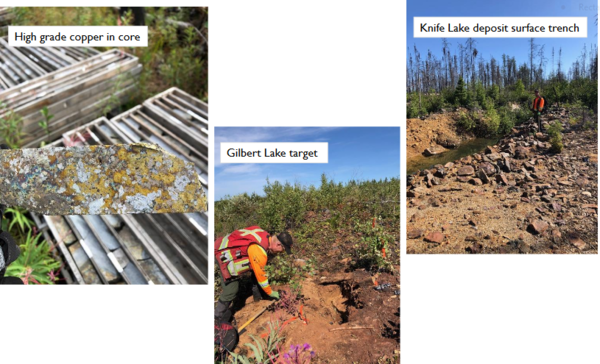 I’ve highlighted a number of ROCK’s key players in a previous Guru offering. One that immediately caught my attention, particularly where VMS deposits are concerned, is strategic advisor, Ron Netolitzky.

Ron played a major role at Eskay Creek, a famously rich VMS deposit in BC’s Golden Triangle, one that ignited a gold rush that rocked the mining world back in the day.

Netolitzky, in a January 16 press release:

“I am excited to work with management and the geological team at the newly formed and well-structured Rockridge Resources. I have worked in the area around the Knife Lake Project and believe there is robust discovery potential there which the Company plans to test with its upcoming drill program.”

The supply-demand dynamics for copper are compelling—fantastically compelling. If you haven’t acquainted yourself with the upside potential in all things Cu, you need to gain this knowledge. Follow the links below:

CopperBank (CBK.C): a copper consolidator on a mission to create shareholder value

Rockridge’s 2019 field campaign could usher in one or more significant new grassroots discoveries in a well established mining district.

A drill rig will be mobilized to Knife Lake later this year or early next.

Postscript: if you find yourself lost in some of the mining sector nomenclature, I got your back. Here is a glossary of mining terms.